‘Peter Rabbit 2: The Runaway’ is the sequel to the 2018 movie about a loveable rabbit with a talent for mischief, and is now released in cinemas. Much of the creative team from the first film reunited for the new movie, including its sound team led by Re-Recording Mixer Kevin O’Connell, Supervising Sound Editor Robert Mackenzie and Re-Recording Mixer/Supervising Sound Editor Andy Wright.

These three sound artists’ past collaborations include ‘Hacksaw Ridge’, which earned them an Academy Award in 2017 for Sound Mixing. Working together on the final mix for ‘Peter Rabbit 2’ at Sony Pictures Post Facilities in Culver City, they were responsible for constructing a soundscape appropriate for the world of Peter, his family and his animal and human friends.

Visually, the film is made up of talking, animated CG rabbits and other creatures composited into live action sets and environments. The results appear completely natural and magical at the same time. The sound team’s goal was to draw the audience into Peter’s world and help to make it all believable.

Re-recording mixers are audio post engineers who mix recorded dialogue, sound effects and music to create the final version of the soundtracks for movies and TV. “Director Will Gluck wanted people to feel they are in an English countryside where there is nothing more natural than talking rabbits,” Kevin O'Connell said. “People should be completely caught up in the whimsical adventure.”

In a fully animated production, sound editorial occurs before picture editorial, but ‘Peter Rabbit 2: The Runaway’ followed the workflow of a traditional live action film. Working in Australia where production was based, Robert and Andy cut dialogue and sound effects to match the edited picture. Andy said that this approach made sense because the background environments were real.

It also aligned to the director’s aim for cinematic realism in the production. “We focussed on supporting the picture edit so that Will could see how the crux of the movie's plot was coming together,” said Andy. “The early edits had the actors’ voices with 2D drawings of the characters as stand-ins, but the illusion wouldn’t feel complete until the footsteps and atmospherics were added.” 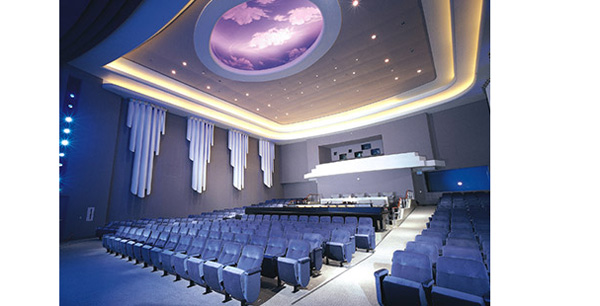 Robert remarked that they built up the background soundscapes to be as detailed and rich as in any fully live action film. The Foley sound effects created for Peter and the other animated creatures were designed to mimic real-life animal sounds. “Will didn’t want any sort of cartoony sounds associated with Peter or the other rabbits,” he said. “Everything is very realistic. The rabbits are animated but don’t look animated. The main work after that is grounding them in reality through the lighting and compositing, and the quality of the sound does a lot of that work, too.”

Robert and Andy took the unusual step of recording short vocalisations – coughs, sneezes, yelps and so on – as they prepared dialogue to give the picture editors creative flexibility and accommodate script changes. “We built up a large library of those effects and used them throughout the film,” Andy noted. “If a line was rewritten or changed, we’d cut something together to make the timing work.”

Kevin completed the final mixing in Dolby Atmos, which adds height channels to sound production so that listeners are able to interpret sounds as three-dimensional objects. Each audio track can be assigned to an audio object that specifies its perceived source location in the theatre as a set of 3D rectangular coordinates. He worked on an Avid S6 console in Sony Pictures’ 229-seat William Holden Theatre. The A6 has Dolby Atmos workflows fully integrated and, because Atmos mixes can be very complex, it includes ample monitoring and routing control.

Andy also feels the theatre made a perfect space for building the dimensional sound experience they needed for the film. “The mix stages at Sony are awesome and supported by a wonderful engineering team,” he said. “You can feel the history in the room.”

Will Gluck was keen to use the expressiveness of sound to advance the story, heighten realism and even highlight the humour, and took time to be involved in the mix sessions. “We were always on the same page,” said Andy. “Will was intent on maintaining a natural feel and instantly took note of anything that didn’t fit that aesthetic. He’s a hands-on director but left room for us to apply our craft and deliver a film that’s funny, fast-paced and ultimately inspiring.”   www.sonypicturesstudios.com