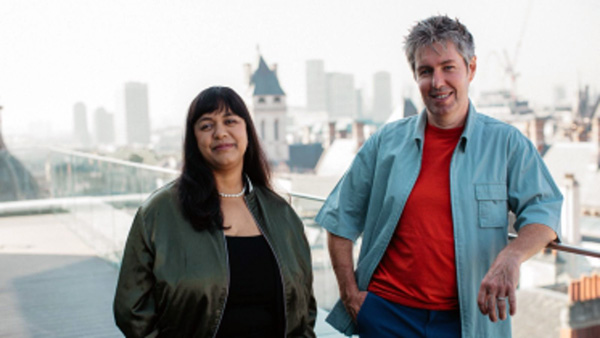 Company 3 has hired Colourist Jean-Clément Soret, formerly Global Creative Director of Colour Grading at MPC. He is joining as Senior Colourist. Jean-Clément has brought his mastery of colour grading to major features and commercial campaigns internationally throughout his career spanning over 25 years. His work has been recognised at a huge number and range of awards shows, earning him the coveted British Arrows Craft Fellowship Award, presented by his long-time collaborator Danny Boyle, and the Best Colourist award at the British Arrow Craft Awards, which he has won six times.

Among Jean-Clément’s top credits are HBO’s ‘Chernobyl’, ‘His Dark Materials’ Season 1&2, ‘Trainspotting’ 2; ‘Sunshine’, ‘Slumdog Millionaire’ and ‘28 Days Later’ directed by Danny Boyle and ‘You Were Never Really Here’ directed by Lynne Ramsay. His commercial work includes many famous spots in the history of advertising, some awarded a Cannes Lions Grand Prix, and a celebrated list of international directors, cinematographers and producers are part of his client base.

Jean-Clément commented, “Company 3 have such an impressive roster of colourists and our CEO is one of us. With an unrivaled list of credits, they are ‘the’ colour grading company where colour is their raison d’etre. At CO3, colourists are revered and have the support to work on any type of project under one roof. This is the first time I will be able to do this in my entire career. “I am looking forward to bringing an artistic influence as well as working with a world-class team dedicated to facilitating our ambitions, helping new talent to emerge and bridging our long-form and short-form departments’.

Ellora Soret, formerly Head of Colour Production at MPC, will be joining Jean-Clément and the Company 3 team as Executive Producer. She has pioneered remote grading practice worldwide on an impressive scale, nurtured many talented colourists and built an incredible network of filmmakers. She has led world-class productions for Jean-Clément and other top level colourists across her 20-year career and will be a driving force in Company 3 London’s growth.

On Jean-Clément Soret joining the studio, Company 3 CEO and Founder Stefan Sonnenfeld said, “I’ve been a long-time admirer of Jean-Clément’s career. His experience, passion and unique knowledge of the craft matched with his sincere care for his clients and peers make him an extremely exciting and pivotal artist to have as part of the Company 3 family. We are beyond excited for what’s to come as he helps to forge new paths for us, particularly in the UK and Europe.”  www.company3.com