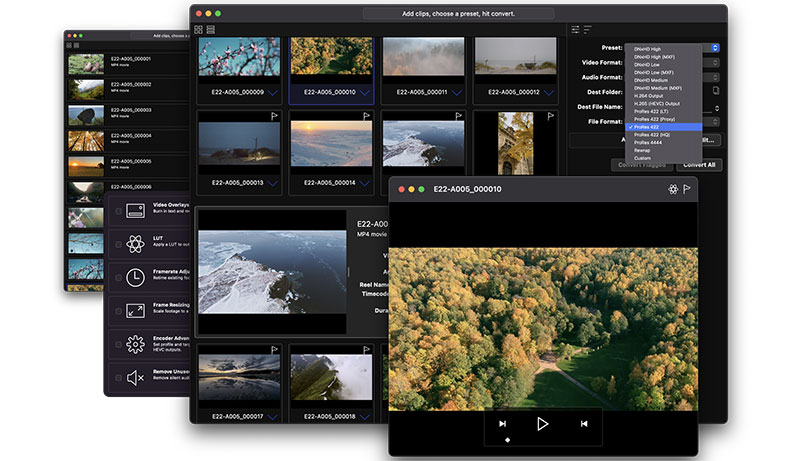 Elements are Hedge's name for the customisable metadata that users can now associate and store with a file to clarify its role to other users later in the workflow.

Keeping track of files – knowing what they are for, where they have come from and why they are important – is a critical part of a modern video workflow, but it may mean that editors must spend creative time naming and annotating incoming files. Instead, Hedge Elements makes sure video files always have the correct information, tailored to the specific needs of an individual workflow.

People who receive files can now specify what elements of information they need to organise and process the files by creating a preset that they send to Hedge operators during data transfer. As Hedge moves data from camera cards and other storage sources, a review panel will pop up to prompt the operator to insert the required data. Presets help future recipients to communicate with those responsible for sending the data to them, and ensure that files are correctly labelled. Elements can include user-inputted information or intrinsic data like dates.

The EditReady transcoding application now supports RAW video, including ARRI RAW, Codex HDE, ProRes RAW, RED R3D and Blackmagic RAW. As it isn't possible to edit RAW directly, EditReady RAW is intended to ease the task of converting RAW footage quickly into an editable format. First, it has to be processed and adjusted to a format and look that suits the editor and the editing workflow.

EditReady converts camera RAW footage into the Log format native to the camera manufacturer. Log workflows are simple and well established. For NLEs that don’t support a particular type of RAW, Hedge users can accurately convert, for example, Blackmagic RAW to Apple ProRes.

Until Hedge released Canister, a drag-and-drop interface and cataloguer for LTO, many users found LTO software overly technical and challenging. As assessing whether archive material will fit onto individual tapes has been a persistent problem, the Canister UI now supports Spanning - the ability to span file transfers across multiple tapes by automatically assigning files to multiple tapes.

Canister prompts users to insert a new LTO tape when needed and keeps a catalogue of the tapes and files so that when the material has to be retrieved, the user can insert the LTO tapes required to restore the archive. This removes some of the complexity from the archive process and Hedge believes it could be a major step towards making LTO a universal archive medium for filmmakers and post-production facilities.

An advantage of Canister is that it doesn't use a proprietary database to track files on LTO tapes. Software that requires a database limits the users' ability to restore LTO tapes on other manufacturers' systems. Instead, Canister creates a catalogue of files, which becomes part of the host computer's file system and is universally available, keeping stored files apart from proprietary lock-ins.

Another part of this update is Preflight Checks, useful for LTO users who find it hard to keep up with and manage OS, interconnects and firmware revisions. Preflight Checks helps to ensure that the environment is set up and functional.   hedge.video