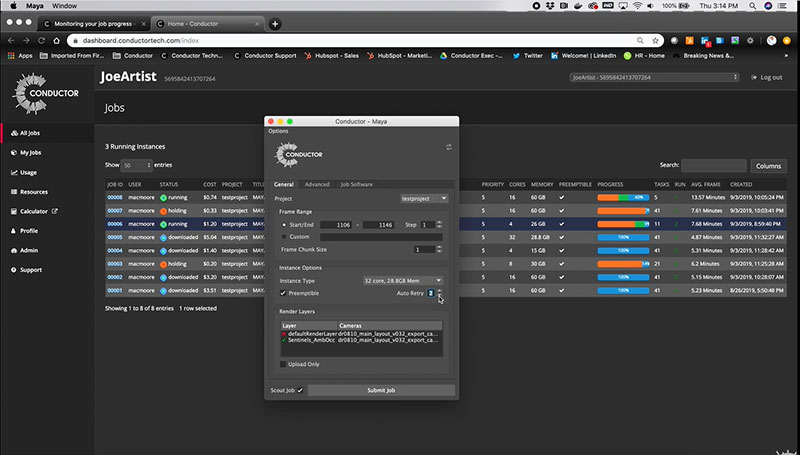 “For users with frequent, large-scale render needs, Conductor Enterprise makes more options available for quickly integrating cloud-based flexibility into their workflows. It enables more comprehensive control over Conductor orchestration and IT automation so that studios can scale as far as necessary,” said Mac Moore, CEO, Conductor.

Conductor Enterprise has a virtual wrangler with automated render schedule and job state monitoring, and reactive management so that users can devote their time to more creative, less administrative tasks. Render jobs now automatically resync based on the programmed parameters when a problem arises, such as a failed instance or missing file.

A new advanced set of user control settings allows studios to run multiple projects in the same Conductor account and determine user access per project. Permissions can be set to automatically expire, and authentication through third-party identity systems, such as Okta or GSuite, is supported. Settings can be applied studio-wide, simplifying Conductor integration and establishing a unified platform for customisation.

Studios can implement their own encryption management over submitted data for complete control over intellectual property (IP), as well as encrypting data via Conductor.

Users with existing creative application licenses supported by Conductor can apply for available seats during renders so that studios can use up their existing investments and avoid further costs.

Conductor Enterprise will be available on a per-studio monthly or annual subscription basis but pricing details have not yet been announced. To request access and receive updates, visit this page.