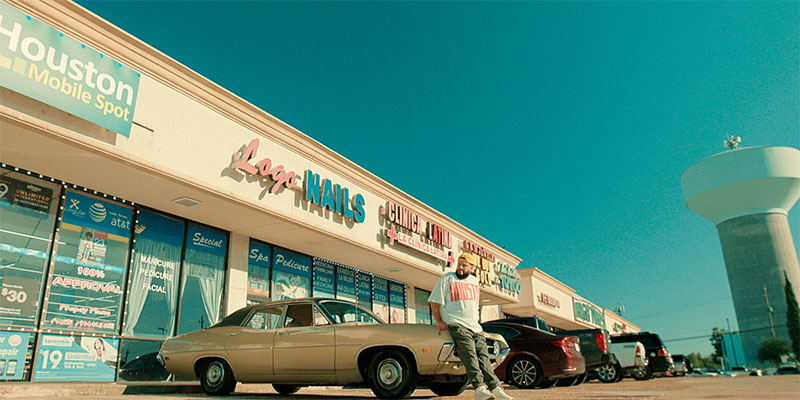 ‘Mo’ is a comedy series now streaming on Netflix. Directed by Slick Naim, it was shot by cinematographer Timothy A Burton, and the colour grade and finishing was done at LightBender Post in Santa Monica by colourists Juan Cabrera and Fran Lorite. The show is the eighth project on which Juan, the studio's founder and senior colourist, has collaborated with Timothy.

“It feels like coming back home,” Juan said. “I am very comfortable with Tim’s style of filming and our communication is always excellent, so it has been exciting from the very start. Because of schedules and the Covid situation, all the work had to happen remotely. But even with that, we barely needed any colour notes throughout the process and working with the director Slick, who is also the creator of the show, was a pleasure.”

Partly biographical, ‘Mo’ is inspired by the life of Palestinian American comedian Mo Amer as a Muslim refugee growing up in Houston, Texas. Although the series is a comedy, Juan and Timothy wanted to steer away from the typical ‘all bright and colourful’ look to develop a much more cinematic feel. “We approached this project more like a thriller, with density and expressive colour contrasts," Juan said. 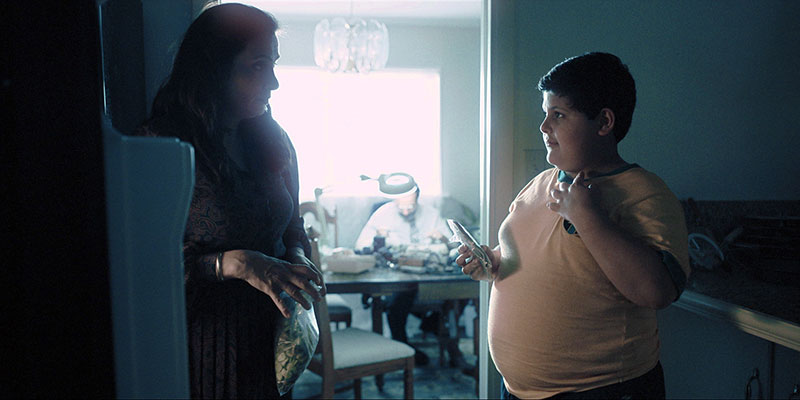 “We wanted the story to feel grounded, but without completely losing that veil of fantasy. For this, Tim used some creative LUTs on set that we also used as base to create our master look for the show. From there, we worked each sequence like its own little world, but with that basic look in mind. Finally we added a layer of film-grain to complete the look.” The grading and finishing system Juan and Fran were working with was SGO’s Mistika Ultima with Boutique.

Two main aesthetics are at work in the story – one illustrating the present where the main story unfolds, combined with a look evoking Mo’s childhood memories. For the first one, Juan and the team wanted viewers to feel the heat of Texas, which meant warm tones were a constant, usually balanced by greens and a few sparks of blue. “The contrast had to be a common element, too, not to the point of losing shadow information but enough to bring up textures and create expressive images,” he said 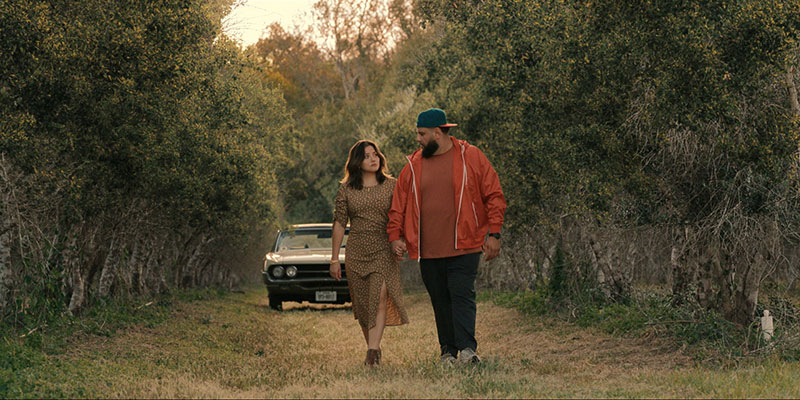 For the flashback sequences, instead of aiming for a conventional nostalgic feeling, they wanted it to feel stark and gritty, even dangerous. “The atmosphere of the sequence in which the family is at their house, preparing to flee the country, was almost completely created in camera – only little tweaks such as blooming in highlights and heavy grain were added later,” said Juan. His real challenge was achieving that same extreme effect on other sequences that were captured in a more traditional way. “At the end I think we managed to keep that consistency, even though some shots have 15 layers with five different selection masks.”

Mistika Ultima and Boutique grading systems have a wide, comprehensive range of colour tools. Having so much choice was very useful for such a project. “I honestly think we used every single colour tool available. We are big fans of the Bands to control middle contrast and lower lights, and make sure the information is not lost,” Juan said.

Bands and Primaries are part of Mistika’s grading toolset. The level of control they afford the colourist is very useful for look creation, by separating characteristics for adjustment. Primaries focus on the basic initial grading, based on the traditional Lift, Gamma and Gain controls. It is normally the starting point, balancing the white and black points of the image, matching the shots, and in general setting the base for the grade. 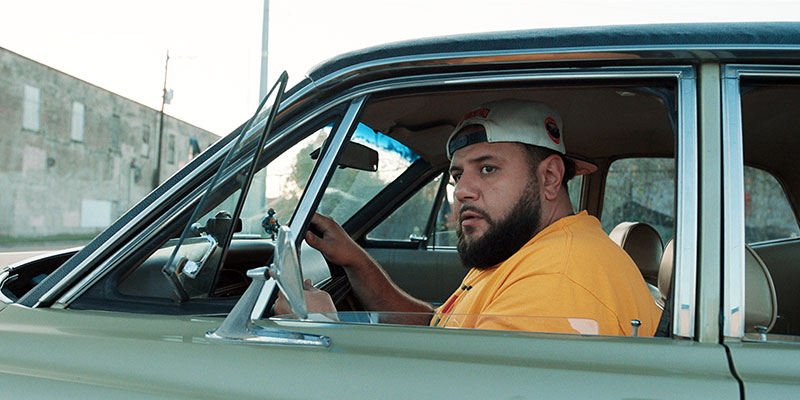 Bands, on the other hand, is a more advanced, secondary colour correction. It divides the light range between five trackballs – black, shadows, midtones, highlights and whites, and includes specific Hue, Saturation and Luma control per range segment. With the resulting group of tools, colourists can work very precisely while grading to control every detail of the image, and because the ranges are customisable, they can focus on specific aspects and light ranges of the image.

Bands functionality becomes particularly important in HDR workflows. In many such projects, Bands are used more often than Primaries because a more flexible control of the luma range is needed, and Primaries are too general. 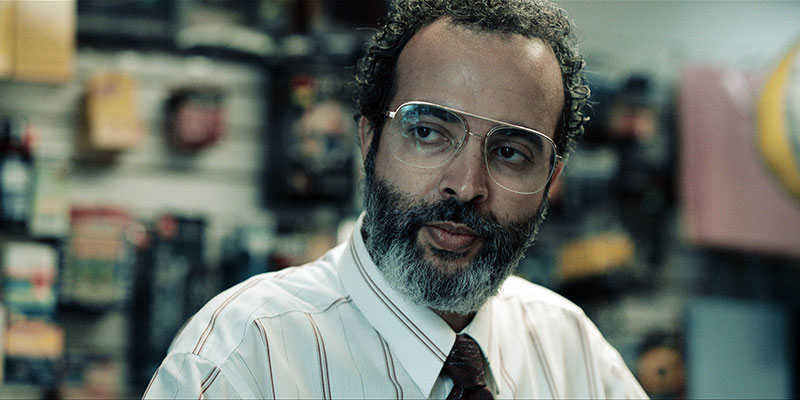 In more advanced cases, the user can define specific areas to modify, without affecting anything else in the signal, controlling the softness between these two ranges with just a couple of clicks. The key aspect of this tool is how fast it is to control highlights, whites and custom ranges – again without keys or masks.

“We were also using the Proportional Hue Selection tool extensively, either to bring back spikes of colour, create separation, or bring colour into the image outside of any selection areas. The show was delivered following the full Netflix IMF workflow in 4K HDR so we did quite a bit of HDR-specific colour, too,” said Juan.

A setting in the Color Grade qualifier, the Proportional mode modifies how keys are performed. After the colourist makes a selection, when the default Simple mode is used, all the hues within that key with the same intensity are selected. To get a smoother selection, blur and softness need to be applied.

The Proportional mode speeds this process because it always selects the pixels of the key based on the original saturation of that pixel, preserving the details of the image without further work. So, while the Simple mode is better for straightforward selections like solid colours, for example, if the image has multiple details, gradients and so on, Proportional is extremely useful. 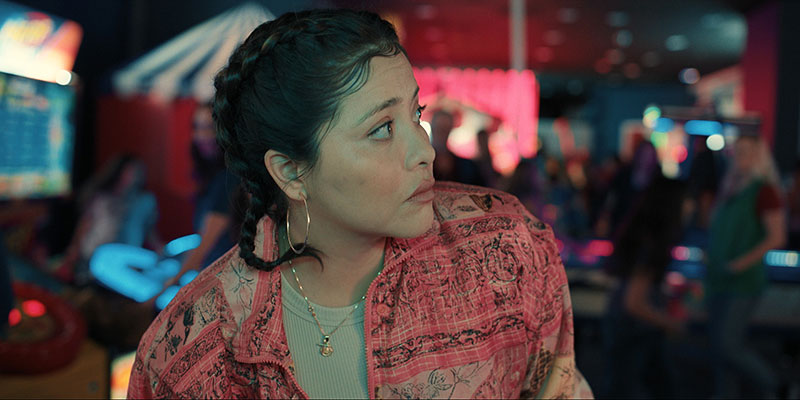 Towards the end of production, a team at LightBender Post ended up doing the title design for the entire show as well. This project involved some creative experimentation, for which Mistika’s Comp3D, Text and Animation tools turned out to be an excellent complement to the colour grading tools.

As Mistika is node-based software, in order to make a composite of two elements you need a merge node, which is the purpose of the Comp3D node. It works as a 3D compositing space where the user can merge and modify any number of images, control the position of a virtual camera, add lights and so on.

For this series, creatives worked from the camera native colour space, Alexa Log-C Wide Gamut. “For Mo we had a Master HDR delivery, so we designed the colour pipeline to be completely non-destructive, even while using LUTs, to ensure we were keeping the full latitude of the image at all times and throughout all processes.” The show was mastered on the Sony BVM-X300/2 monitor. For the HDR, general peak brightness was 600 nits with sporadic 1,000 nits sparks, while most of the show sits at around 150-250 nits. 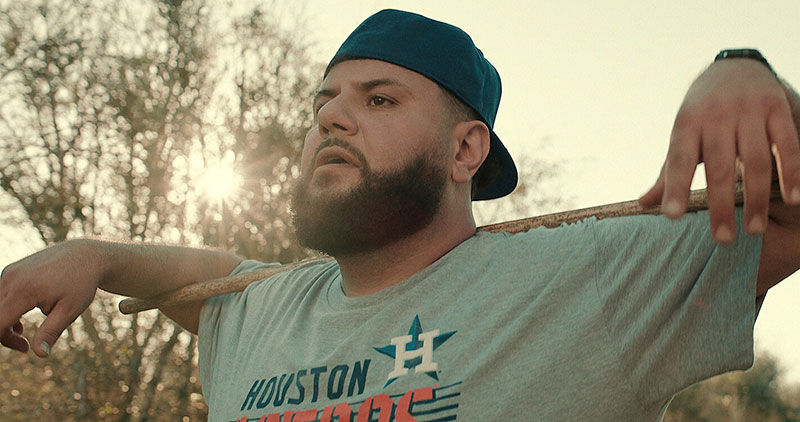 The LightBender team deployed a workflow developed internally in order to allow editorial as much time as possible to do the best possible cut. “In this project we had the additional challenge of various details changing almost until delivery day. The ability to continuously chase the cut in a reliable way was fundamental. In fact, towards the end, three episodes underwent major edits – to the point of changing sequences from one to another – but we were able to follow through with ease, including both SDR and HDR colour grading and Dolby Vision metadata trims.”

From Conform to Delivery

Juan and Fran find that three main tools in Mistika have become essential to all of their post workflows. The first is the software’s flexible .RND conform. They can perform EDL, AAF or XML conform either to media or pre-created stacks of nodes per shot. Mistika uses RND files to hold internal metadata. Any FX stack can be saved as an RND, keeping the original name of the associated clip. In other words, the RND contains the link to the media plus all the effects used with that media.

Consequently, a user can start working on a project in parallel with the editor. Once the EDL/XML/AAF arrives, he or she can conform using the RND files instead of the clips – because the necessary metadata is in place, all the work will be adapted to the conform file without issues. Furthermore, this workflow allows the user to reconform as many times as necessary, keeping all the earlier work intact. RNDs are among Mistika’s most powerful features, and help with a wide range of tasks. 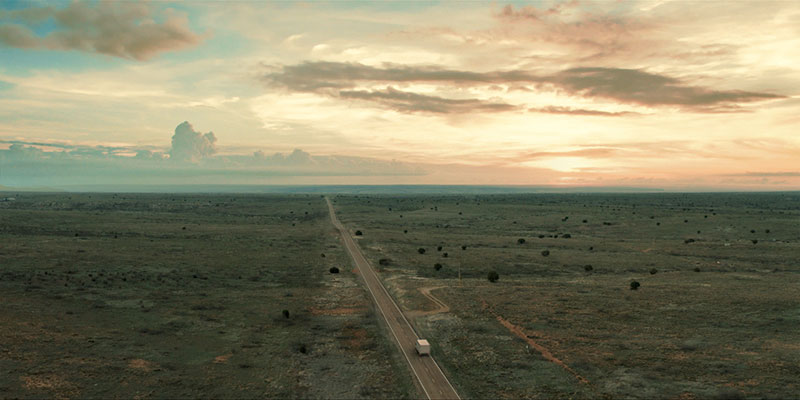 The Match & Paste tool carries out a smart copy-and-paste of stacks of nodes directly from one selection of media to another selection, keeping animation and extending if needed. Finally, the team regularly relies on Mistika’s Infinite Canvas. Juan said, “Delivering a project from the infinite Timespace means you can create multiple deliverables with colour space conversions from the same environment, and quickly jump from one to the other for review when needed, without having to repeatedly open and close timelines.” www.sgo.es