‘Deadpool’ has proven to be one of 2016’s biggest successes at the box office so far. Dark and dirty, Deadpool himself may not match the traditional superhero standard but the film, full of visual effects created at several different studios, still received a detailed treatment from colourist Tim Stipan. He worked on the Baselight system at the EFILM post facility in Hollywood, a part of Deluxe.

“Working on such a complex, effects-heavy project often requires various external matte sequences in addition to various image tracks. Multiply that by the large number of VFX vendors, and it meant we had a lot of different layers and mattes,” said Tim Stipan.

While the effects were vital to the story, ‘Deadpool’ is a live action movie. Therefore, an important part of Tim’s job was to work with the DP Ken Seng to design the overall look. Earlier on, the two of them studied cinematography together at university, and have since worked together on ‘Disconnect’ in 2012 and ‘The Family Fang’ in 2015. 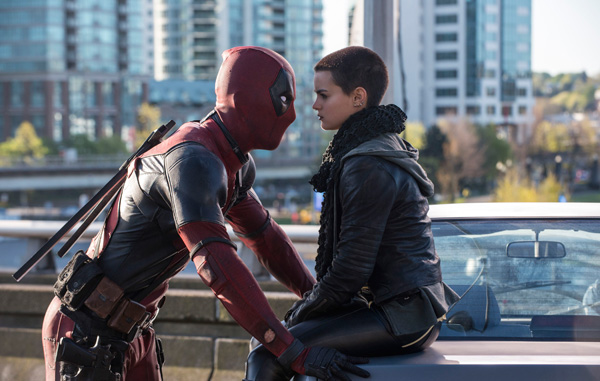 During the production of ‘Deadpool’ in Vancouver, they ran camera and lens tests together and then devised a set of reference looks on set, much of which could be created in camera to build a natural look. They also spent time testing different film grains that were used for some versions of the movie, with the exception of HDR, IMAX and Dolby Vision.

“We were going for a gritty look. We didn’t want a very saturated, bright, warm superhero movie. We wanted it to feel much darker, colder,” said Tim. “The director Tim Miller is also an animator and VFX artist, and was orchestrating the movie visually. He worked closely with us on the colour process.” 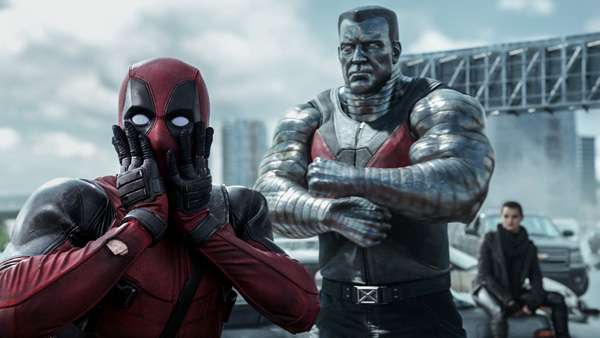 Part of the grading challenge was to match the live footage consistently across scenes. Much of the project was shot in Vancouver, mostly on ARRI Alexa cameras. One key sequence, a battle on a bridge, took 12 days to shoot, during which time the Vancouver weather went through a full range of lighting scenarios.

The characters themselves had to be handled individually. Tim used Baselight to isolate Deadpool’s suit, and give the main character a dark, modern look in keeping with the film's theme and influenced by the comic book. The director also wanted a particular vibrancy and substance for the CGI character Colossus, so Tim devised mattes that allowed him to create the right look for his clothes and body using a range of alpha channels. 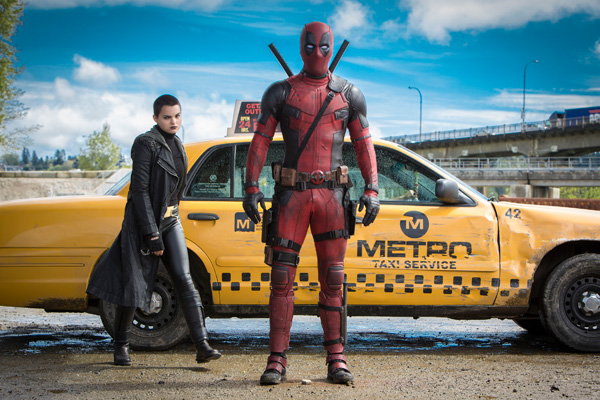 One particular Baselight function that he found invaluable on this project was the ability to see and compare multiple versions. “I could put Baselight in stereo mode and use the double display to view the cinema version and the HDR version at the same time – displaying one eye on the projector and the other on the monitor. This was really useful and helped to make sure I was matching what I did for cinema across all the deliverables. I’ve never seen that in any grading system before – I’ve always dreamt of doing it.”

The movie was delivered in a number of formats, and although most of the VFX were in 2K, the movie was finished in 4K, not least because of the need for an IMAX version. While all the core grading was done on the FOX lot, for some of the deliverables Tim moved across town to Company 3. “They have a theatre with a Dolby projector, so we went over there for a couple of days to do the Dolby Vision version. Everything else was done at EFILM.

“It was a challenge to finish the movie in time because there was so much VFX work, but the director was impressed with the way Baselight helped to bring it all together and in fact, with what we could do with the system itself.”   www.filmlight.ltd.uk