Pankaj Bajpai is Senior Colourist at Encore Hollywood, working on a huge variety of series and movies made for television and streaming. He made his start in colour grading while he was still shooting documentaries for the Discovery Channel, NHK and producers in the early 1990s. “I was fortunate to be able to work with the brilliant photographer-turned-colourist Fritz Roland in Washington, DC,” Pankaj said. 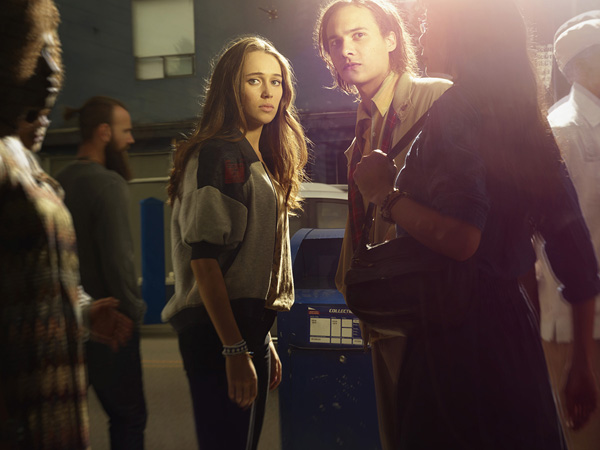 “My approach to colouring different types of shows varies, just as the way they're written, performed and shot varies. I've coloured stylised shows like ‘True Detective’ and ‘Fear the Walking Dead’ as well as more of what you'd call straightforward dramas such as ‘Olive Kitteridge’ and ‘In Treatment’, which get emotional power entirely from what the characters say.”

At Encore Hollywood, Pankaj is usually involved with several shows in various stages at any one time. At the start, he might discuss with a DP his or her overall ideas for a show or work on setting up looks and LUTs for dailies. Then he usually has two to three days to finish an episode, spending most of his time in the theatre at Encore, and then screening the work for clients and receiving feedback. On ‘House of Cards’ he actually helped design the workflow, and he worked on every episode in ‘Fear the Walking Dead’.

Pankaj works on a FilmLight Baselight grading system at Encore Hollywood. “Since I started working with Baselight, I've found that the way it's laid out is ideal for the work I do,” he said. “It allows me to do a number of complex corrections very quickly, which is extremely important on a TV schedule where speed is the key. Also, if I'm trying to achieve an effect for filmmakers that requires going deep into the guts of the system, the people at FilmLight have always been ready to help.” 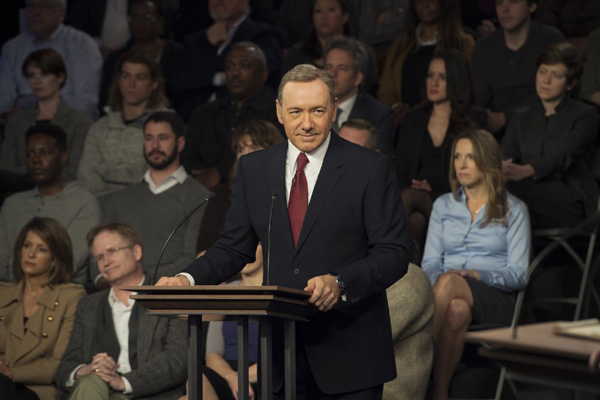 For Pankaj, the first pass, when he is working with primary correction, is where the look is really created. It is where he can see if each shot is working as it should, observing which scenes work as a whole and, from there, how episodes flow together. “Obviously, secondaries, matte keys, windows and all the rest are incredibly important,” he said. “But I think it's a mistake to focus too much on those tools to the detriment of that first pass.

“I try to get involved with the cinematographers as early as possible, when looks are discussed and LUTs created to define how the filmmakers see the images on set and in dailies. In the end, it really boils down to an intuitive understanding of the creative intent and how to maintain its consistency episode after episode for a long period of time.”

Pankaj described his experience grading ‘True Detective’ in some detail. At the earliest stages of pre-production before the cameras had been chosen, the series creators investigated whether shooting 35mm film or ARRIRAW would be best to help them achieve the specific look they had in mind of a hot, urban Los Angeles. They shot a significant amount of test material in both formats and then worked with Pankaj in Baselight to take the images through a complete grade.

“It was a fascinating study,” he said. “We all liked aspects of the film version – the response curve, the organic feel of real grain – but shooting the ARRIRAW format with vintage anamorphic lenses and then centre-extracting the image also had some advantages, both in other aspects of the image itself and also in terms of the practicality of shooting. 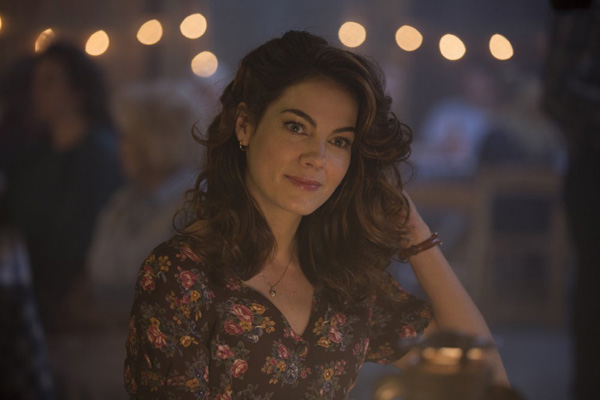 “The upshot was that the production shot digitally and with the help of FilmLight's Peter Postma, head of FilmLight North America, we built tools to bring a powerful film look to the images – something far more elaborate and organic-feeling than previously available methods. On top of that, I also used several toolsets such as colour suppression matrices and blend operators in Baselight to further refine that look globally, before even starting on the shot-to-shot grading process.”

Due to a tight schedule, the 10 hours of content – from conform to VFX, colour and all other deliverables – were completed in less than two months. This was impressive, especially given the complexity of the project. Pankaj feels a large part of that resulted from both Deluxe's solid infrastructure and FilmLight's support.

“One of the most enjoyable scenes of the show for me was the gunfight sequence in episode four, which was shot over five days and on five cameras – three ALEXAs and two REDs,” he said. “This was incredibly interesting to grade as I had to match the footage from all five cameras, which were swiveling around in all different directions. It was challenging, but great fun.”

Another challenge he described of working on a full drama series is having to handle massive quantities of image data in a very short time period. Shooting in ARRIRAW meant they were handling close to 70 terabytes per episode. To work through so much content, particularly to feed editorial quickly, the workflow included dailies colourist, Jason Altman, who worked at Encore Hollywood using a FilmLight Daylight system. 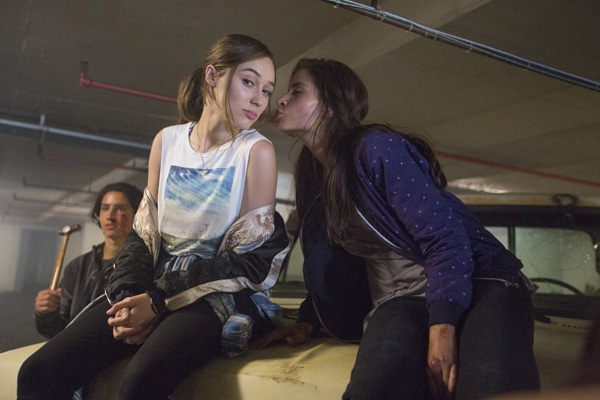 “Jason was doing six to eight hours of dailies a night, which is a huge amount. With Daylight handling complex looks at the very beginning of the process we were able to go beyond a simple dailies grade and implement the look of the show onset, then track all of Jason’s grades back into Baselight. Using Baselight Grade Files, or BLG files, for metadata exchange between dailies and final finish was really useful,” said Pankaj.

He has also had experience grading HDR footage, and finds that the critical aspect of grading for HDR is the fact that he is grading the same images for display on devices with very different characteristics. “It sounds very simple, but actually presents some extremely complex issues,” he said. “It's a serious mistake to think that you can just mathematically ‘translate’ an image from, say, ITU 709 into HDR, and end up with the same image with more contrast.

“For example, you might start with a couple making love in a bed. The table lamp is the brightest element in the shot, but by the nature of the display device and 709, it's not distracting your eye from the actors. Now, let's say you use an algorithm to put the equivalent scene on an HDR monitor. Suddenly that table lamp is much, much brighter than the couple. You might have enough detail to see the filament in the bulb, but it's so powerful on the screen that your attention is drawn away from the couple entirely. What you have now is a very different image. 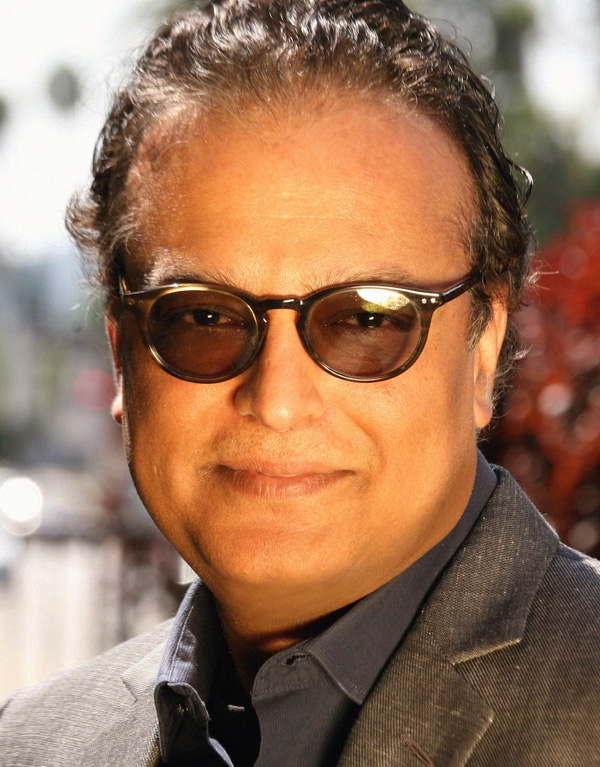 So, I make use of the stereoscopic toolset in Baselight and send the left eye to an HD monitor and the right eye to an HDR monitor. From that point I work through a series of techniques and find the HDR image that has the same intent as the HD one.

“Moving from HD to the HDR space can often change the aesthetic intent of a shot, but part of the colourist's job in mastering for both is to find the aesthetic equivalent, which is often quite different than the mathematical one.”

Pankaj notes that his generation of colourists started out either assisting an established colourist or working in other capacities at a post studio, seizing every opportunity to learn and build up a reel. But the industry is changing in many ways, with fewer opportunities at major companies. But there are also more ways to learn and practice colour grading than there were then.

He said, “The bottom line is that however you climb the ladder, you need to be able to demonstrate that you can be trusted with the responsibility of finishing somebody's show or movie or commercial. You need to have the eye, the technical understanding and the ability to collaborate that makes a successful colourist. If you get that far, you need to work and work and grade thousands of hours of material to really hone your craft.   www.filmlight.ltd.uk