Son of Saul Gets a Simply Complex Grade on Baselight

Son of Saul Gets a Simply Complex Grade on Baselight

‘Son of Saul’ – Saul Fia in its original Hungarian – is the feature film debut of director László Nemes, a harsh story set among prisoners held at Auschwitz in 1944. The film has won the Grand Prix at Cannes, the Golden Globe for best foreign language feature and has also been nominated for an Oscar. 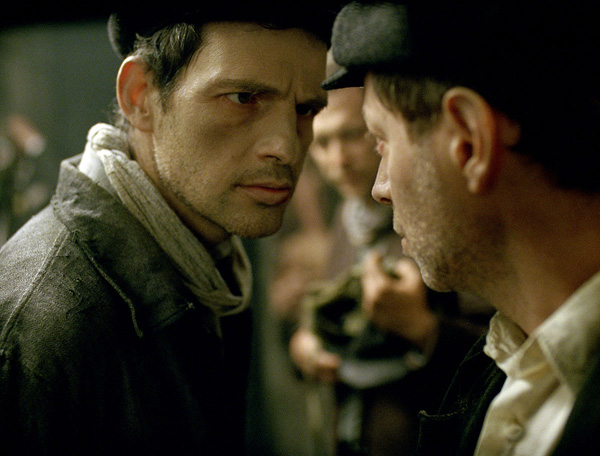 The director chose to shoot the project on film using Kodak stocks in ARRI 235 and LT cameras. He also finished and reviewed the dailies on film in an unusual workflow working from analogue to digital formats, while aiming to capture visually the intense emotions that define this story. To achieve this, he and the DP Mátyás Erdély worked with both a film colour timer, Viola Regeczy, and digital colourist László Kovács on the Baselight grading system at Magyar Filmlabor in Budapest.

Son of Saul was actually made on a tight budget of around $1.5 million. Principal photography was completed in 28 days, from which about 90 minutes of dailies were printed on 35mm film. This was scanned to 4K on the FilmLight Northlight scanner for security and to perform a rough grade for editorial.

After the cut, the negative was processed from the EDL and used to generate a traditional, manual colour-timed print. Filmlab still operates the facilities required to process, time and print the film, so the colourist László Kovács and colour timer Viola Regeczy both had a chance to sit in the review sessions with the director and DP . In this way, the subsequent DI sessions were devoted to creating a digital replication of the timed film, reversing the usual practice for projects recorded on film. 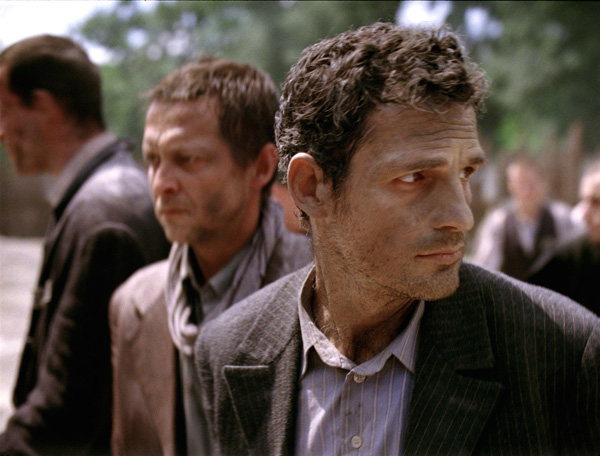 In traditional film colour timing, the timer in a laboratory views the cut negative on equipment he or she uses to assign ‘lights’, that is, yellow, cyan and magenta exposures, for each cut shot in the roll of film. The roll is then printed with these lights - changing as necessary for each shot as it passes through the printer. That print is then screened and new, corrected lights are assigned before striking a second, third, fourth print and so on until all of the scenes can be cut together concurrently and correctly.

Once all of the lights are confirmed and the production is satisfied, that final print will be considered the ‘answer’ print from which the cut negative can be prepared and used to strike separation masters and interpositives for release.

“The first images we saw with the director were the printed dailies,” said Mátyás. “But László Kovács was always there and followed the entire process, so by the time he got to the DI on the Baselight later on, he already understood the film and our goals. It was great that he was involved so early on.”

The unsettling nature of the film dictated the way that the director and DP had shot it, resulting in only 85 shots in the 107 minute movie, and the production was designed so that the stark settings were all captured in camera. No visual effects were employed. 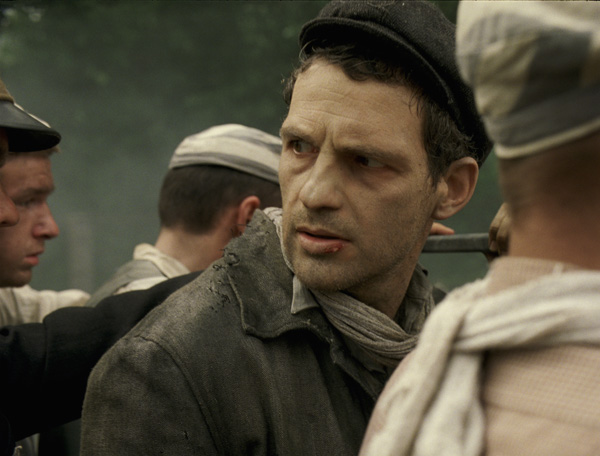 “We were aiming to do something that was very raw and very simple. We wanted to carry through the concept of making everything look neutral,” Mátyás said. “We never wanted to make a ’pretty’ film. In fact, I would not even call it a ‘look’. It was treated with the utmost care by Kovács, and I was very impressed by what we were able to accomplish.”

Having achieved the visual style they wanted in the film print, Kovács aimed to recreate that look in the Baselight. “Even in the DI we tried to work by mainly by using primary colour correction to emphasise the uncompromising feeling of the movie. We wanted to limit ourselves to the most essential tools,” said Mátyás.

During a week of sessions Kovács created a 4K digital master of the film and a 2K DCP deliverable, which even László Nemes and Mátyás, dedicated to film, had to admit were a strikingly close match. “Although I’m not a fan of the digital format, I’m very happy with the DCP we created at the end,” Mátyás said.

“It’s amazing that we had the time, the resources at Magyar Filmlabor and the know-how to get the best out of both digital and film prints. The look itself may be very simple but the way this was achieved is very sophisticated. On this film we did not want audiences to even realise it had been graded, which required a really subtle approach from László. A lot of creativity and talent were involved – but the outcome looks almost effortless.” 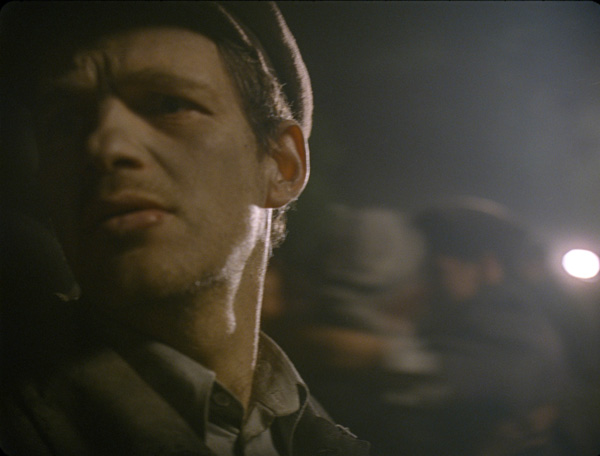 Noting the speed of the Baselight system, colourist Kovács said, “It is very fast, which brings out the creative elements in me. I never had to waste time waiting for the system to catch up or preparing to render or any similar delays.”

Magyar Filmlabor was founded in 1964, and has continuously kept up with modern systems. As an early adopter of FilmLight colour tools, its Baselight ONE system has the serial number 4, and since then the company has invested in a Baselight FOUR for major projects - such as 'Son of Saul'. The facility also has the Northlight scanner and FLIP for on-set services.

Interestingly, Mátyás said that when ‘Son of Saul’ underwent lab processing, three other Hungarian productions, plus a French production that saw the film in Cannes, decided to follow the same process, shooting on film and finishing digitally via printed dailies.   www.filmlight.ltd.uk