Beau Leon Makes the Grade at Framestore LA with Baselight

Beau Leon Makes the Grade at Framestore LA with Baselight

Beau Leon joined Framestore in October 2015 as lead colourist. His appointment marked the opening of the company’s LA colour studio, helping to establish Framestore’s west coast operation. He uses the Baselight grading system from FilmLight at the studio, and is working to implement Baselight Editions to help ease collaboration between his team and Framestore’s VFX departments.

He started his career colour correcting dailies and working at a company called Heart Video near Los Angeles. “We worked for Warner Bros and Columbia Pictures in the early 1980s on shows such as ‘The Dukes of Hazzard’, ‘TJ Hooker’ and ‘Fantasy Island’ and movies like ‘Karate Kid’ and ‘Blade Runner’. That was when MTV started and I began to do small movies on the side,” Beau said.

“I was hired at 525 Post Production near Los Angeles and my life changed very quickly after grading the video ‘Losing My Religion’ by REM.” Then in 2001, artists from 525, well known for many years for their work in music videos and commercials, were integrated into R!OT Studios, which has now been absorbed by Method Studios at Deluxe. 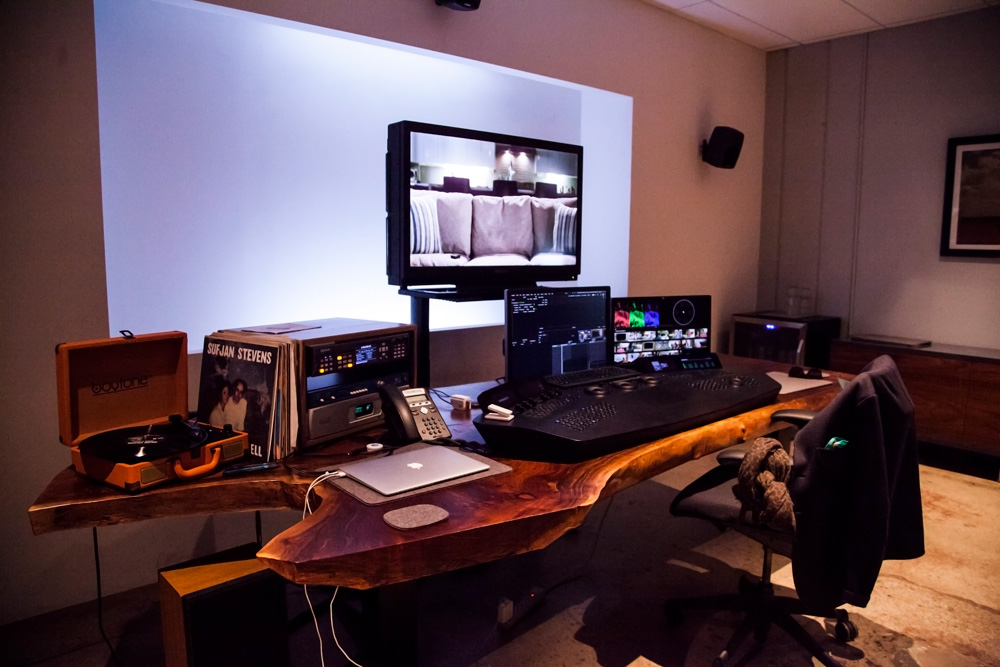 Over the last decade, Beau Leon has built up a large, diverse portfolio of work, from commercials, music videos and documentaries to independent films. Most recently, he graded Rihanna's ‘Needed Me’ and ‘No Love Like Yours’ by Edward Sharpe and the Magnetic Zeros. The projects were very different from each other, on set and in post production. Beau’s work started with both of the DPs, Daniel Bouquet for Rihanna’s piece and Reed Morano on Edward Sharpe.

“They had each shot really great images to work with, and we had a conversation prior to both jobs about what they were looking for,” he said. “On each of these projects, once the footage was back at Framestore, we normalised all of it so that it would fit into a single colour gamut. We have a processing workflow here in the Baselight system that can take any kind of camera media and put it into the right colour space for us to work with.

“Using that process allowed us to treat Phantom camera and RED footage, for example, in exactly the same way – that is, we could treat everything as log encoded data, which allowed us to grade as if it was all coming off of the same camera. It’s an advantage of Baselight, not to have to worry about what kind of camera is being used.” 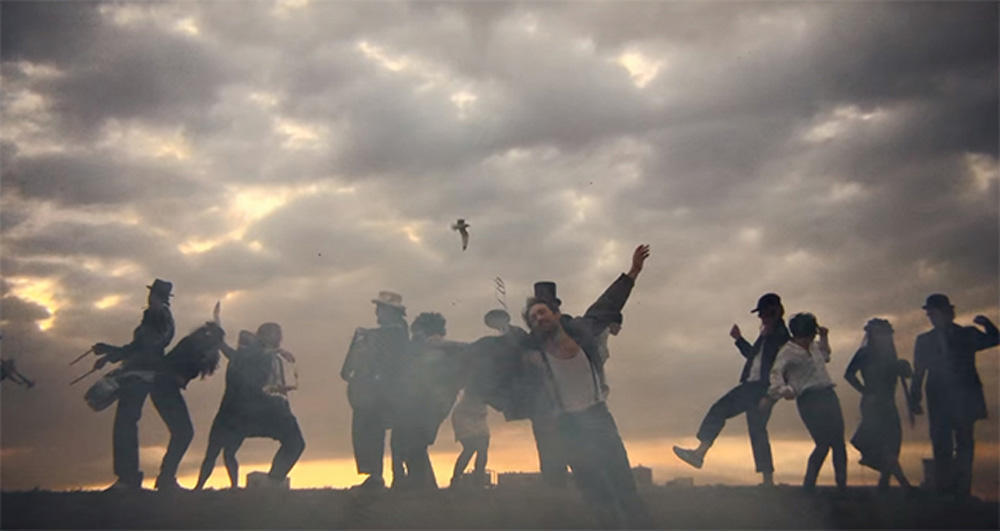 However, after the grade, the looks of the two projects are still completely distinct. When creating the look for ‘Orange Sunshine’, a documentary finished this year, the same process was used, but in this case, to achieve a very different result. Again, the look was developed with the filmmakers, while allowing the material itself to inspire them.

“For ‘Orange Sunshine’, the production had shot a lot of re-enactments. Some of the footage was on Super 8 film, and some on high speed Phantom. We really wanted to push the colour and to make it look like found footage shot in the 1960s and ‘70s, especially the Phantom footage. Because of the built-in colour workflow, we were able to put the camera sources in the same realm and, once they were there, it was easier to push certain shots to match other ones."

Beau is very pleased to be working at Framestore right at this time. “We have made a really strong start to our office in LA and I am looking forward to adding a theatre to facilitate doing more long-form work. Since we opened our colour suite here in late 2015, we have been slowly implementing Baselight Editions across our departments because we want to develop our collaborative processes further with the company’s VFX and CG artists. 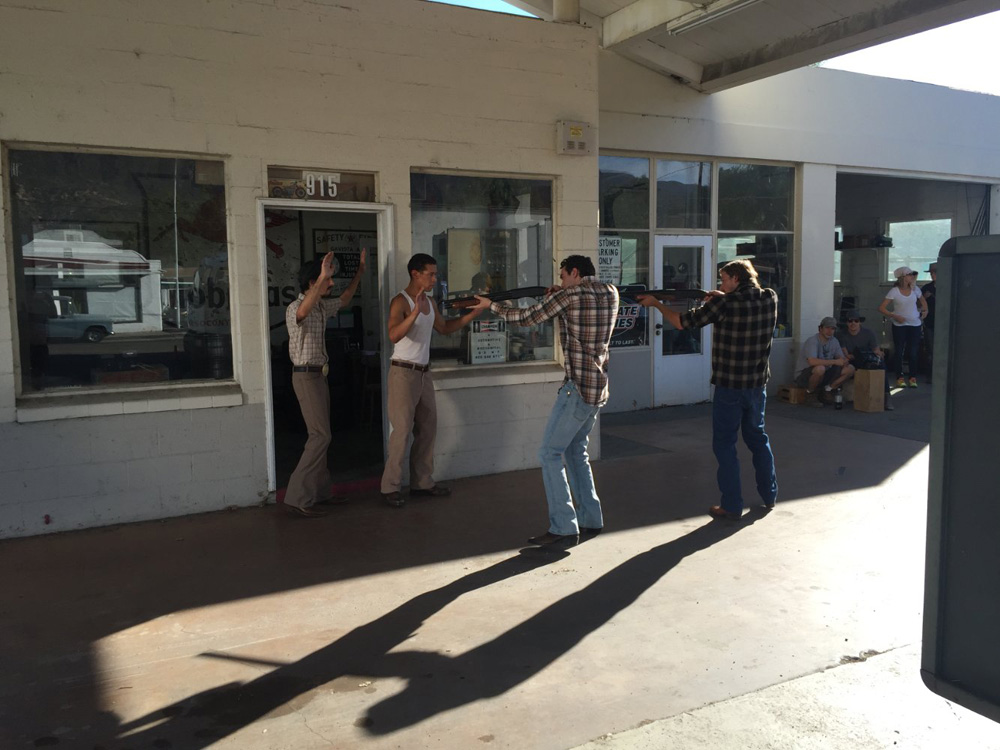 “We are still tinkering with Baselight for NUKE and have been taking advantage of the new conform tool as well, which gives us an extra, fully operational assist station to help when doing conforms, re-conforms, keyframe adjustments and so on. It gives us room for a more efficient workflow.”

Beau likes getting involved in projects as early as he can. “It may vary from project to project, but sometimes we don’t have a chance to get involved early enough. With films and documentaries, I get involved much earlier and I wish most commercials were done that way,” he said. “I love print film and photography, and as I approach projects I try to see the film or video as a picture instead of a moving image. A lot of my style and taste comes from photographs prior to 1979. So I look at a shot and find the best part of it, the part that represents a photograph, and I go from there.

“I like Baselight’s specific focus on colour grading with tools that are created with the artist in mind. It feels intuitive, and I like the way it handles a variety of files with ease. As I look around at the current trends in grading, I see a lot of images starting to look the same - blue shadows, warm highlights and warm skin tones – which do not look like real photography to me. Personally, I like softer highlights, contrast through the mid-tones and creating texture, which we don’t see enough of."  www.filmlight.ltd.uk