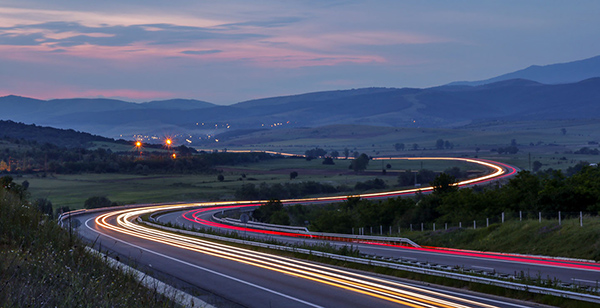 Yusari Filem was established in 1976 as the first subtitling company in Malaysia. Its founders started the business with 35mm subtitles using hot stamping and eventually migrated to a digital worklow to support Digital Cinema Packages (DCPs). After optimising the backbone infrastructure and bandwidth as much as possible, they looked for ways to incorporate file transfer acceleration into the process.

The rate of adoption of new media systems varies around the world and, according to Yusari Filem’s Director Avinash Suresh, Malaysia has traditionally been on the slower end of that spectrum. “For example, it wasn’t until six years ago that the move from 35mm to Digital Cinema fully took hold,” he said. “Nevertheless, while slow at first, once the advantages were recognised, interest among producers spread rapidly across the country.

“Right now, Malaysia is at a similar stage with file acceleration. Although it seems we are behind, our position gives us an edge in some respects. For instance, after several years on the market, file acceleration systems have matured and the industry is now seeing a second wave of adoption with the rise of cloud-native software-as-a-service (SaaS) systems. Countries like Malaysia and businesses like Yusari are ready to skip over the first wave, and catch the more scalable, less costly second wave of adoption.”

Yusari has chosen to work with Signiant Jet, developed recently as a SaaS that can be used to automate and accelerate system-to-system file transfers. It also incorporates an intelligent transport mechanism that uses machine learning to optimise transfers. 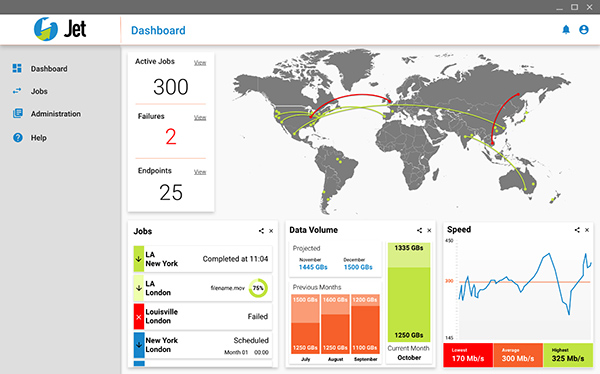 Media companies can also use Signiant's Manager+Agents software, released some time ago, to automate transfers between their locations and partners, but because it was developed at an enterprise scale it wasn’t as good a fit for a small business like Yusari. Jet has the same enterprise capabilities, but is scaled to the applications and budgets of smaller companies.

Avinash said, “By adopting Jet we have been able to launch a new service called ‘Move by Yusari,’ which will handle delivery of Digital Cinema Packages (DCPs) to cinemas throughout Malaysia. A Yusari Move server will be placed in each cinema and connected to the local TMS (tansmission management system). Once a DCP is ready for distribution, Yusari will supply it via broadband to the appropriate cinemas using Signiant Jet. After transmission, the Move server will perform a check on the package to ensure that there are no integrity issues.”

Jet was built as a way for companies that have multiple locations, or regularly exchange large data sets with partners, customers and suppliers, to accelerate and simplify their operations. Uses keep control over media assets in their own on-premises storage.  Starting with Jet’s functionality, Yusari and Signiant spent several months developing and customising the purpose-built Move by Yusari system for DCP delivery.

Delivering DCPs is a core aspect of Yusari’s business. “For the past six years, we’ve been sending DCPs to the cinemas via hard disk drives,” said Avinash. “We typically use courier services for these deliveries, which inevitable involves delays, security concerns and environmental impact.”

“One of their biggest challenges in distributing DCPs is that there can be no compromise on the integrity of the data. Each DCP contains a Packing List. All files in the composition are hashed – each hash value represents the Base64 encoding of the SHA-1 checksum - and the hash values are stored in the Packing List. This file is used during ingest into a digital cinema server to verify if data is corrupted or has been tampered with in some way.”

If any one of the files are not consistent, the cinema server will refuse to ingest the movie, but unfortunately, the use of hard disk drives for DCP distribution poses data corruption challenges due to bad sectors. Signiant Jet addresses this and the other challenges, and has also resulted in a lower cost, easier and faster system for Yusari.

Jet transfers include Checkpoint Restart. Interrupted transfers are automatically restarted from the point of failure. Users are alerted of anomalies, and real-time transfer activity can be accessed from Jet’s web interface. The use of machine learning means that Jet’s speed improves if users have recurring, time-critical transfers that involve large files moving over long distances.

Also, as well as internal company transfers, Jet can be used for collaboration with partners, suppliers and customers. Companies that regularly exchange large data sets with other companies can use the secure handshake mechanism in which two parties agree to send and receive files from each other.

“At the moment, we are piloting Move with Yasuri at five cinemas, and plan to ramp up to 100 sites by the end of the year,” Avinash said. “However, on a regional front, there remains a lot of work to do. Malaysian Internet speeds relative to cost lag far behind those of some of our neighbours. Working with Signiant allows us to optimise our network conditions and make full use of the bandwidth we do have. Furthermore, as Malaysian Internet speeds improve in the future, Signiant Jet will allow us to take advantage of new opportunities, regionally and globally.  www.signiant.com