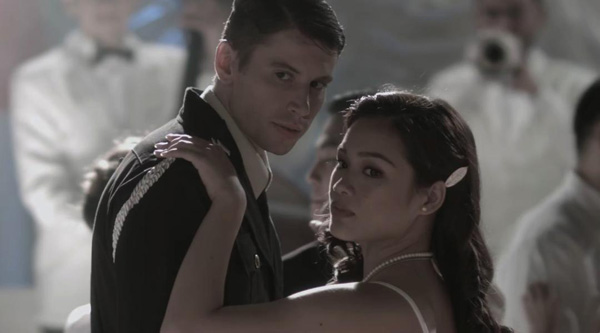 The historical drama ‘Quezon’s Game’, shot and directed by filmmaker Matthew Rosen, is about the Philippine President Manuel L Quezon and his plan to shelter Jewish refugees fleeing from Nazi Germany. The film has won more than 20 international film awards. Among the 12 awards earned at the Cinema World Festival in Canada was the Award of Merit for Colour Treatment to colourist Toni Gozum.

To shoot the production, Matthew Rosen chose the Blackmagic Pocket Cinema Camera 4K, supported by other Blackmagic Design cameras, as the film’s main and action cameras. The light weight, compact size and cinematic image quality of the cameras were an advantage for the shoot, which took place mainly in Las Casas Filipinas de Acuzar, an open-air museum and collection of heritage houses in Bataan province of the Philippines, frequently used as a shoot location for movies. 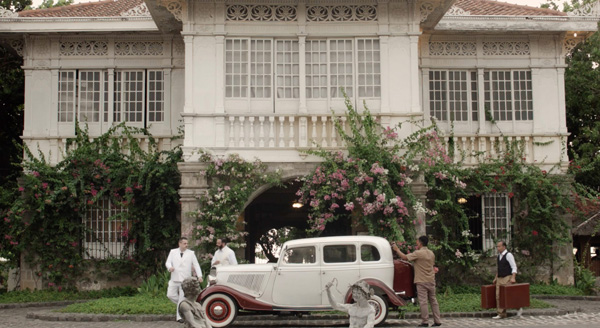 He and the crew were only given permission to shoot there when they promised not close any roads or obstruct the guests in any way. Also, although the rooms they were shooting in were fairly small, the Blackmagic Cinema Cameras made it possible for the operator to pull right up to the walls to get the most out of the limited depth of each room. Matthew could shoot almost anywhere he needed to.

The film captures the Philippines of the late 1930s and 1940s, and includes both high drama and action scenes throughout the story, calling for careful thinking about the look. Matthew said, “I wanted ‘Quezon’s Game’ to look like ‘Casablanca’ or ‘Citizen Kane’ and other films from the era the movie is set in. However, I felt shooting a film in black and white that was aimed at mainstream cinema audiences would be limiting. These were ideas that really shaped the look of the film we ended up with. 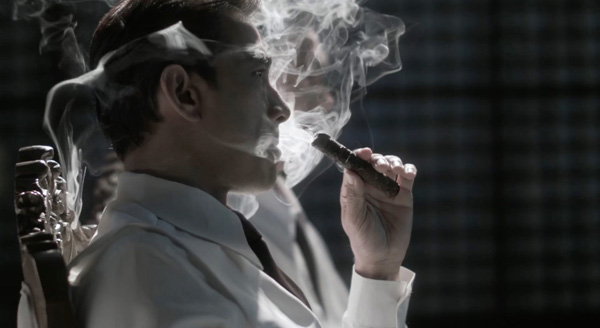 “Most of the interior shots were graded with the high contrast look of black and white film. We lowered the saturation of the colours in Resolve, and during production we aided this in the art direction, which was kept as monochromatic as possible with no vibrant colours. Most of the sets were earth colours, woods and off whites. It really did feel as though we were watching an old movie, but without the same effect as a black and white shoot.”

The cameras’ combination of size and image quality were also very useful when shooting travelling shots with a camera mounted on a bike, and other types of action shots. It is simple to mount, and the shots fit readily between all of the others because they are recorded with the same camera. 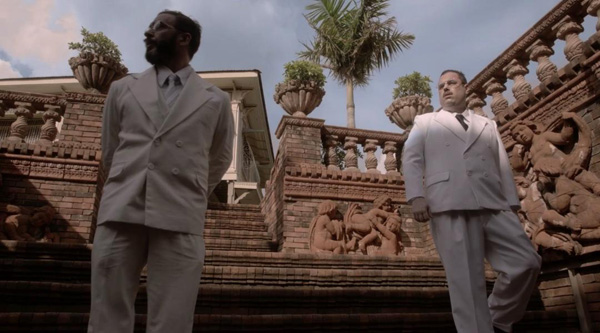 The film was graded at Kinetek in Manila by Toni Gozum, an experienced artist who has supplied post production services for feature films, television and commercial projects for international brands. When she described the look and feel of the film, like Matthew, she said, “We were aiming for a ‘Casablanca’ feel but not entirely black and white. We still left a bit of colour, especially because we wanted the outdoor scenes to show the vibrancy and freshness of a tropical country.”

To emphasise that the film was not black and white, Toni isolated certain elements in each scene and increased the saturation using Davinci Resolve on that element only. One example was a pivotal scene in the story, shot in a jazz club with a German SS officer. Toni used Resolve to make sure that the swastika was emphasised in the frame, while retaining the overall mood of the film.

“Resolve helped me save a huge amount of time. During the film’s many talking scenes, the camera simply shifts back and forth between the two actors. All of these shots have pretty much the same grade, so being able to select multiple clips and then apply a grade with one click was a great convenience. Also, the track grading feature helps when we suddenly decide to slightly alter the look of an entire sequence. I don’t have to manually apply the extra adjustment to each clip,” she said.

The filmmakers also used DaVinci Resolve to prepare the film’s deliverables for its worldwide launch. “We graded the entire movie in eight days,” she said. “When you are dealing with multiple requirements for international cinema, TV and OTT deliverables can be a nightmare. But in Resolve, tools for subtitles, closed captions, aspect ratios, bit rates and wraps are all complete and simple to set up and very effective in helping us meet deliverables requirements and time frames.”   www.blackmagicdesign.com