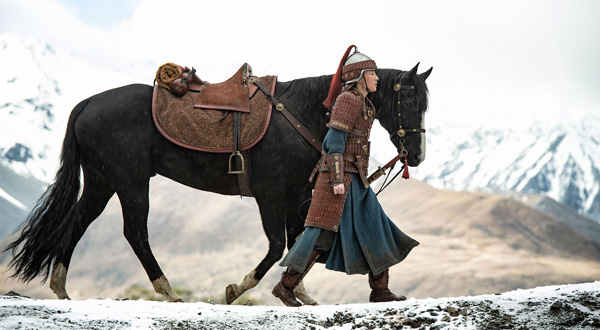 Mandy Walker, ACS, ASC shot Disney’s live-action version of ‘Mulan’ on the large-format ARRI ALEXA 65 camera. She may be best known for ‘Hidden Figures’, which earned three Oscar nominations including Best Picture and which she shot on 35mm film, but takes care to use the camera that will best suit whatever project she is working on.

She had first used the ALEXA 65 for ‘The Mountains Between Us’, a wilderness adventure, and decided it would also suit ‘Mulan’, an epic, mythic tale about a young woman who fearlessly disguises herself as a male warrior in the Chinese army to save her father from fighting.

“We looked at other versions of this story, including the original poem,” Mandy said. “But we wanted a fresh look at the story for a more modern, wide-ranging audience. The first thing the director Niki Caro said to me was that the film centres on the character of Mulan. It’s her story, the story of a young woman discovering her power and strength. At the same time, it’s an epic tale with sweeping landscapes and vast battles.

On ‘The Mountains Between Us’ in the snow in British Columbia, the ALEXA 65 had performed beautifully and given the wide landscape shots a spectacular look. “It’s also a very intimate camera because of the lower depth of field,” she said. “When you’re close to a character, it has the most beautiful portraiture look. That’s why I love it.”

Lenses were chosen with similar priorities in mind. For wider shots, Mandy used Panavision Sphero 65 lenses, but for closer portrait shots of Mulan, she asked Dan Sasaki of Panavision to create a custom 85mm lens based on Petzval Portrait lenses, developed in the mid-1800s to use with the daguerreotype photographic process. It is considered to be the first lens designed for photography. Its distinctive character includes significant field curvature and astigmatism, but the images are rendered sharp in the centre. It gives the effect pulling the subject out of the frame without using extremely shallow depth of field.

“Chinese architecture is often based on symmetry, and Chinese art and painting is often composed with central framing, which all influenced our decision to centre Mulan in the frame,” said Mandy. “I had the Petzval Portrait lens built based on a gaussian lens [the use of multiple lens elements to control aberration for specific results] that worked with the 65mm sensor and a 2.39 extraction. We used that for special moments when Mulan is showing her elite warrior skills. It’s a radial effect with chromatic aberration that centres her and de-emphasises everything else.”

The extra picture information the ALEXA 65 sensor captured didn’t slow down the production – instead Mandy used it to control the dailies process more carefully. DIT Chris Rudkin used the Codex Vault-XL with the ALEXA 65 to keep the data wrangling invisible to the cinematographer. “The digital workflow didn’t affect me at all,” she said. “It worked very smoothly, the way it should be. If anything, you get more running time before changing cards than you’d have with film magazines.

The XL-Series is network storage accessed through the Codex Vault Platform, which makes files available on demand. Vault Platform is a pipeline that delivers camera original data, metadata, editorial media, visual effects deliverables and production reports to the production. The focus is on faster access to files, and simple configuration and administration.

The Vault XL integrates into facilities using a 40 GigE connection. It is built with two Xeon E5-2690 v4 processors for a total of 28 cores, allowing it to perform parallel processing for speed. It is able to divide and run program tasks simultaneously on two or more microprocessors to reduce processing time. As a result it’s possible to generate dailies faster than real-time, with LUTs and burn-ins applied.

“We would break the footage in the middle of the day so the dailies colourist could start on what we’d been doing during the day and view by the time we wrapped. That was a big help. We could check everything, including what second unit were doing in real time in China on Moxion, which was helpful when we were working in remote locations on the South Island in New Zealand. I like to see things at higher resolution.”

Moxion is cloud-based software that creates dailies at original image quality immediately after recording, so that teams located anywhere can share footage and metadata. They can make review and approval notes, search, sort, assemble content without waiting for processing.

“We also had PIX, which is good for checking continuity when you’re on the set, and making sure that second unit is on the right track. The studio and all the department heads were on PIX, too – it’s a good way to keep everyone on the same page.” The PIX is an online content review platform that can stream content, without adding extra steps or interrupting the shoot.

The name PIX is actually an acronym for Production Information Exchange. During production, as the post production team creates each day’s editorial media, it is also uploaded as H.264 files to PIX for playback and review by the director. The files are typically 1080p or 720p in resolution and watermarked for secure review. 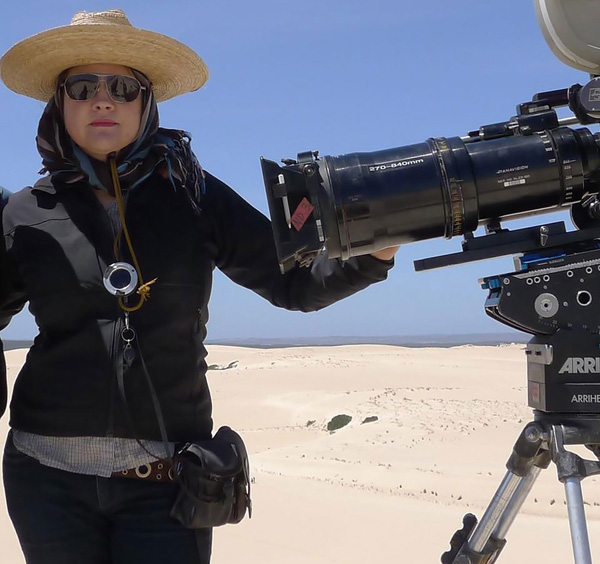 For immediate checking, the director can use the PIX RT system for real-time capture and review of content on set. Meanwhile, the editorial dailies and script notes are still uploaded to PIX for review by anyone on the PIX account for that project. The metadata – or ‘information about the content’ – can take multiple forms. The camera metadata such as filename, timecode and frame rates are embedded in the uploaded clips and the PIX player can display this metadata information during review.

PIX RT, when used on-set, allows the director to make notes that are directly applied to the clips for playback from the PIX RT system on set. Other approved crew, like the DP, can also add their own notes. Once uploaded to the PIX platform for streaming, these notes and comments are available for review by the approved users on the account.

As she does with film, Walker’s practice is to overexpose by about 2/3 of a stop. When shooting digital, she brings the image back down in the CDL. “When I get into the DI, I have information in the shadows,” Mandy said. “As long as I can do this and still protect the highlights, I’m allowing for more information.

“That helps the visual effects collaboration, too. Niki and I worked with VFX supervisor Sean Andrew Faden on background plates, reference plates and the mapping of our lenses. We built a look bible, which was a reference for VFX as well as for Natasha Leonnet, the DI colourist. The relationships are the foundation – you have to be on the same page to work and collaborate together.”

Nevertheless, shots were always designed in-camera when possible. “When the use of DI first came in, people would say, ‘Well, I don’t need to worry about filling that shadow or balancing the background – I’ll do that in post,’” she said. “I try to be very disciplined on the set and not leave things until later, especially on a film like this, because it looks more realistic. Also, I need the time in DI to refine the colour and contrast rather than making fixes. 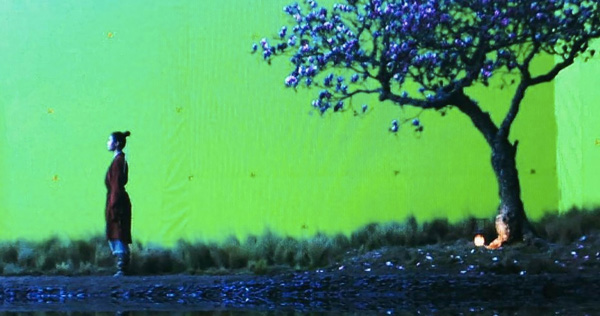 These days, I’m starting from a much simpler LUT. I suppose that attitude comes from film work – I know if I have a very simple LUT and a consistent base, I can adjust it from there and I’m not getting too complex in the colour space. I try to only make basic changes to the CDL on-set, and then it transfers to the dailies. It’s a simpler move than applying a change to a complex LUT that doesn’t always transfer for every lighting situation and can become twisted.”

Fortunately, most of the stunt work could be captured in camera and left as shot. “Yifei Liu, who plays Mulan, is very talented and did most of her own stunts,” Mandy said. “Instead of trying to avoid a stunt person’s face, we would put three cameras on her to make sure the audience can see her face in key moments. I think you feel that when you’re watching the film.”  x2x.media