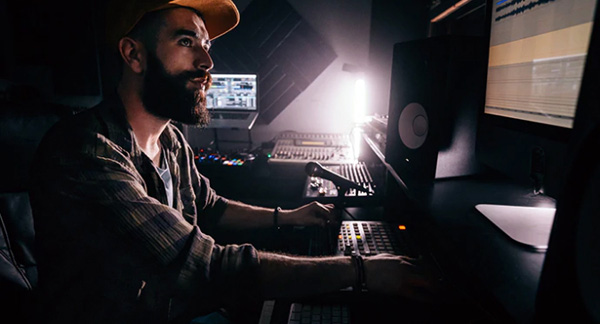 The positive response of viewers to the look of HDR video has created a growing demand for HDR content over the past several years. Producers and distributors want to be able to bring those looks to more of their productions, more readily, prompting Sony to support HDR across its cameras and production equipment.

Sony’s SR Live workflow has been focussing on producing live HDR and SDR programs simultaneously, by a single production unit. Its purpose is to guarantee that image quality and creative intent are carried through production and post to the viewer. Settings from Sony HDC cameras are captured for use throughout the production process, allowing the SDR production to be perfectly replicated as intended by the shading craftsperson. Since only the HDR signals need to be switched and routed, adding a separate unit to handle the SDR video is unnecessary.

SR Live is a scene-referred live production workflow – that is, instead of defining how the picture looks in terms of another device, it records the actual light levels in the scene – for simultaneously producing SDR and HDR versions. Sony camera processing units can output both at the same time. The HDR signal is created while the operator focusses on shading (or adjusting) the cameras by watching an SDR display, which is necessary to avoid compromising the image quality of the live SDR program as it airs.

The relationship between the HDR and SDR signal is defined by a gain difference between the two paths – called ‘SDR gain’. An advantage of Sony’s approach is that the production can re-use the expertise of the camera operators as they carefully tune the HDR cameras, in order to maintain the look of the SDR program.

The signal formats Sony has selected for HDR productions are SLog3 and HLG. At the output of the pipeline, the Sony HDRC-4000 HDR production converter both precisely converts the finished production master to the selected distribution format, and delivers the SDR signal for immediate broadcast.

This workflow has been used successfully for sports, music and other kinds of live events. However, for the HDRC-4000 to be able to reconstruct a correct SDR signal that matches the signal from the camera’s CCU it requires the SDR gain value to be inserted into the camera during production. While this techniques has worked well, Sony has introduced the SR Live Metadata packet, which registers the creative decisions and adjustments from the cameras during production.

The packets can travel over SDI interfaces from venues to stations and, as before, the data is used to maintain the quality of both SDR and HDR signals as defined by the camera shaders. This data can also be stored in the header of recorded files so that it can be re-used over time, replicating the original rendering intent of SDR in later post processes and from archives.

SR Live metadata is a list of data descriptors registered in a table including signal profiles, HDR/SDR relationships and various adjustment values for both HDR and SDR. It is embedded in the SDI signal feed and eventually recorded in files so that both the feeds and files are self-explanatory at all stages. The metadata travels through the production pipeline, finally reaching the HDRC-4000 converter for visual verification of signal settings during live production.

File-based production systems like the PXW-Z750, PXW-Z450 and PXW-X400 camcorders, will support SR Live Metadata with Sony’s Catalyst Prepare editing application by of the end of 2020. In that case, Catalyst Prepare is able to use the metadata to process HDR recordings and accurately replicate an SDR signal with identical image quality to that produced in the HDRC hardware.

Even when this information is captured remotely, all camera settings and adjustments can be preserved for future post operators. SR Live Metadata is already supported by the HDRC-4000 converter unit, as mentioned as well as the PWS-4500 production server. Later in 2020, Sony’s live production systems, such as HDC series system cameras with in-CCU recording capability, will also be supported.

Coming in July 2020, an optional HD HDR License (CBKZ-SLHL1) will add a 1080 60p/50p HDR capability to the PXW-X400. The PXW-X400 is a 2/3” shoulder mount camcorder that records broadcast quality formats and includes networking features.

The TRIMASTER PVM-X2400 (24″) and PVM-X1800 (18.4″) 4K HDR picture monitors will be officially launched in July 2020. They will support an all-white luminance of 1000 cd/m2 and match 100 percent of the colour gamut of the BVM-HX310 TRIMASTER HX master monitor. A future optional upgrade is planned in March 2021 that will add an internal function converting HDR to SDR and 4K to HD.

The XVS series 4K switcher now supports HDR conversion. Sony will also add two new mix effect boards: the XKS-8215 for the XVS-9000/8000 switcher and XKS-7215 for the XVS-7000 switcher. The new boards have four fully functional keyers per 4K ME, with resizers, chroma key, and key priority. The HDR conversion support and these new boards will be available early 2021.  pro.sony