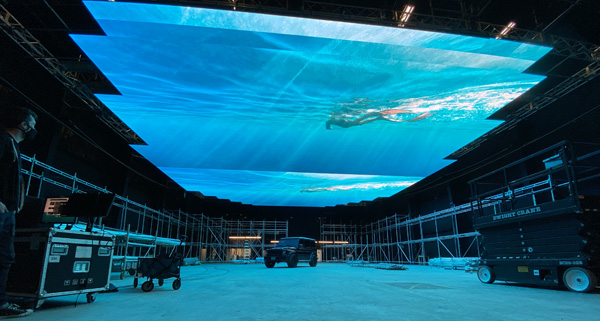 “Moving a traditional pipeline into real-time can be challenging, but we have formed a number of key partnerships within our industry to make it a smooth, natural extension of our business,” he said. The result is a network of technology partners that includes Brompton Technology, LED video processing systems developer for live events, film and broadcast. Pixomondo is aiming to be one of the first studios to use Brompton’s HDR systems on a large scale."

By introducing HDR into its LED processors, Brompton has changed the usual approach to improving image quality in video, which is to increase resolution. For LED screens this means squeezing more LEDs into a given space, creating ever-finer pixel pitches in the belief that if the pixels are too small to be seen, only the image will be visible.

However, visual improvement is gained from increasing pixel pitch only up to a point, and several disadvantages emerge. One of them is cost – more LEDs are needed with more electronics components to run them. Also, smaller, affordable LEDs are often less able to achieve the necessary brightness and colour saturation, bit depth may fall due to electrical issues and visible artefacts increase. Finer pixel pitches can result in more fragile LED panels as well, which are costly to repair and maintain.

So, producers need better image quality without requiring more pixels. Instead of another increase in resolution, HDR video changes three factors that make a major difference for LED screens – for every pixel, HDR allows a larger brightness range, a wider colour gamut and a higher bit depth. 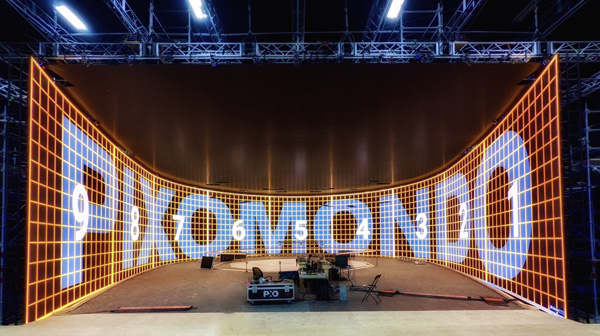 The brightness range available in the SDR video gamma curve – which encodes brightness into a video signal – doesn’t cover the 10,000:1 brightness range perceptible by human eyes. For that reason, HDR video uses different curves with extended ranges to represent the much darker and much brighter levels required. One of these curves is the PQ transfer function, developed by Dolby and standardised by SMPTE as ST.2084, and another is the HLG transfer function. HLG is a hybrid of a gamma curve for low brightness and a logarithmic curve for high brightness, developed by the BBC and NHK.

The advantages of a wider brightness range are greater detail in shadows and highlights, more contrast and more scope for extremely bright content that would otherwise be clipped. Human eyes perceive the details and highlights as a sharper, more complete image with greater depth than SDR video, even when the pixel count is the same.

The wider colour gamut – describing the range of available colours that can be displayed – of HDR video means that viewers perceive a much more vivid image, with lifelike colours that map accurately to the real world. SDR video uses the ITU Rec 709 HD TV standard colour space, while HDR can reach across the Wide Colour Gamut (WCG) of the Rec 2020 colour space, which is 72 percent larger and further improves quality without increasing resolution.

Bit depth determines the range of numbers available to represent values digitally, and each additional ‘bit’ doubles the range. With 8-bit values, the available range of zero (black) to 255 (white) is usually acceptable for SDR content, but is too coarse for HDR, resulting in banding across smooth gradients. A minimum of 10 bits (a range of zero to 1023) is needed to allow precision for HDR. Combined with the brightness range and wider colour gamut, the higher bit depth used for HDR shows far fewer visual artefacts than SDR.

Regarding processing video for LED screens, LEDs can supply the brightness range necessary to display HDR content, and modern RGB LEDs are capable of a colour gamut approaching Rec 2020, accurately reproducing saturated colours. Independent control over every LED means the full brightness range can be reproduced without losing detail. With perfect blacks and no backlight bleed, LED screens generate fewer artefacts than other systems like LCD screens, even with local dimming.

HDR is also resolution-agnostic and can improve image quality regardless of the screen size or resolution, as long as the panels are of high quality and support PQ and HLG HDR formats, wide colour gamuts and high bit depth.

The support needs to follow through all aspects of the system, including the electronics and signal processing within each panel. Calibration also needs to be upgraded. To achieve uniformity, conventional LED screen calibration compromises brightness and colour saturation, which of course is what needs to be enhanced for to effectively represent HDR. Fortunately, new calibration techniques have been developed that can be used to increase performance for HDR without sacrificing uniformity.

Brompton Tessera SX40 and Tessera S8 LED Processors, XD Data Distribution Unit and R2 Receiver Card have the processing capabilities to maintain HDR video quality throughout the system. The processors automatically detect and handle HDR content, accepting HDR video at up to 12 bits per colour. The Tessera system also switches between SDR, PQ and HLG with no interruption. It supports HDR at all resolutions and frame rates, in both of the commonly used HDR formats, PQ and HLG.

“We have just completed our new virtual production facility in Toronto, and the team at Brompton has been instrumental in our success so far, bringing knowledge from technical to logistical support,” Josh Kerekes said. “Pixomondo has many ambitions for this space. Virtual Production techniques are developing at a rapid pace, and Brompton is not only able to keep up by continuously developing its products, it also maintains backwards compatibility, which is equally important for us.”  www.bromptontech.com