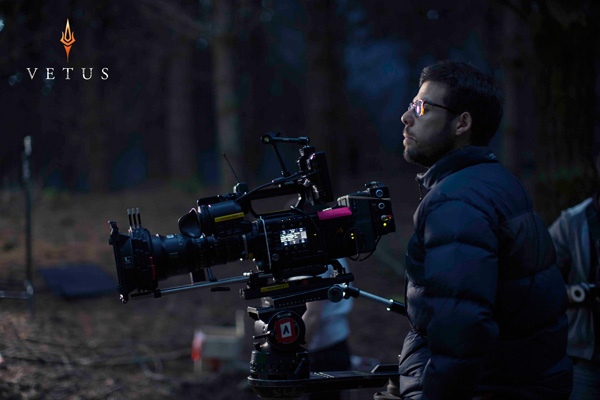 Ben, from production and design agencyMindconsole, described some of the technical considerations he had recently when choosing the camera and lens package for the VETUS series teaser trailer and four character clips. He owns aSony F5and decided it would be a good match for this project for several reasons.

“The teaser film is broken up into two distinct visual styles that I wanted to achieve in camera,” he said. “One depicts an ethereal world, and the other is more realistic. My approach was to shoot the ethereal sequence with vintage anamorphics and the rest of the sequences with spherical lenses. 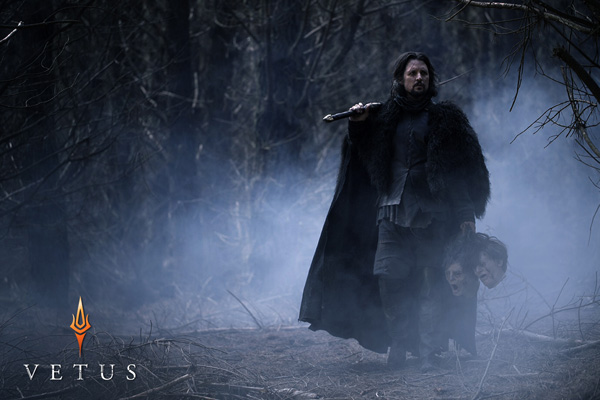 “Because the images, especially for the teaser, were to be treated with heavy visual effects, I also needed a camera that would record RAW images to at least 4K resolution, and my intention to use anamorphics meant the camera had to be able to handle the 2x anamorphic lenses along with a range of spherical glass. Another technical requirement was shooting the character clips at higher frame rates, still at 4K RAW, to support slow motion.”

Furthermore, the shoot location was a pine forest at Oberon, NSW, where Ben and the VETUS crew were dealing with rough undulating terrain under a tight shooting schedule. In the hands of a small crew, the camera and lens package needed to be light and nimble and they also didn’t want their Steadicam operator to risk running through the sloping forest with a large camera rig. 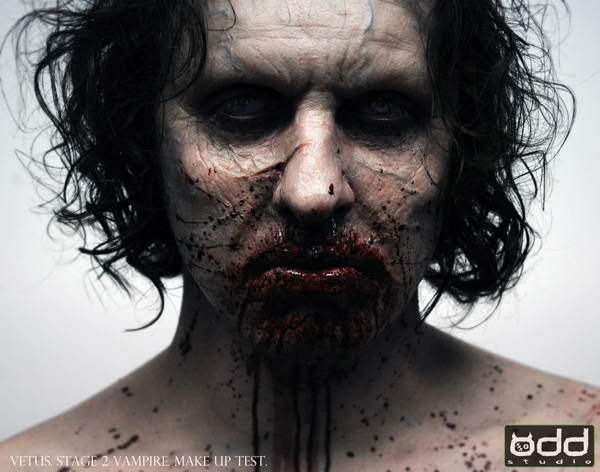 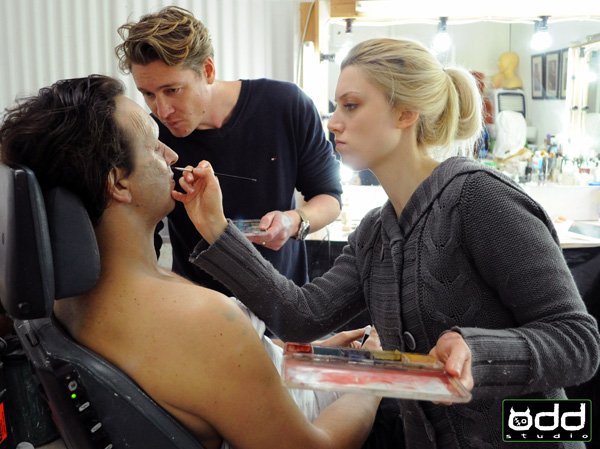 “While I’m an advocate of choosing the right tool for the job, I have been working on-set with the Sony F5 for sometime now and have found it serves as a great camera for about 70 per cent of my work. The versatility and quality for its price is fantastic,” Ben said. “It can be built as a run and gun ENG style camera but then also spec’d up to a 4K RAW cinema camera. The evolution of the F series has been really impressive, to the point where the F5 can be considered for drama, documentaries and ENG productions without too much compromise and without breaking the budget.”

The workflow on the VETUS teaser was simple and efficient. Sony gear and Fujinon lenses were hired fromVideocraft, who are Sony specialists. By simultaneously recording4K RAW on SSDsand2K XAVC on internal SxScards, Ben walked off the set with proxies ready to go for post. The offline was done inAdobe Premiere CCand the grade was completed atCutting Edge. 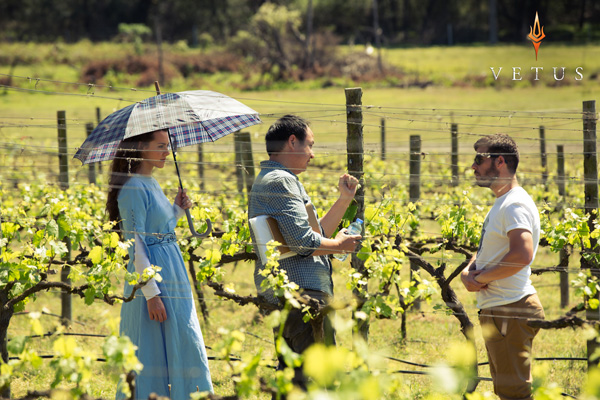 When deciding which lenses to hire, Ben’s criteria for the spherical glass was resolution, clarity, speed, look and feel and practicality of on-set use. He said, “When researching my options I knew I needed to produce an image that maintained the 4K resolution but at the same time wasn't overly sharp.

After pulling references and reading various articles, I found that theFujinon Cabriolenses performed at their sharpest at T5.6, but for my purposes this was too sharp. The image contrast and resolution were looking a little too harsh, so I shot the with the Cabrios around T4, and as wide open as T2.9 - a touch softer compared to T4 but once closed down by half a stop the image settles nicely.” 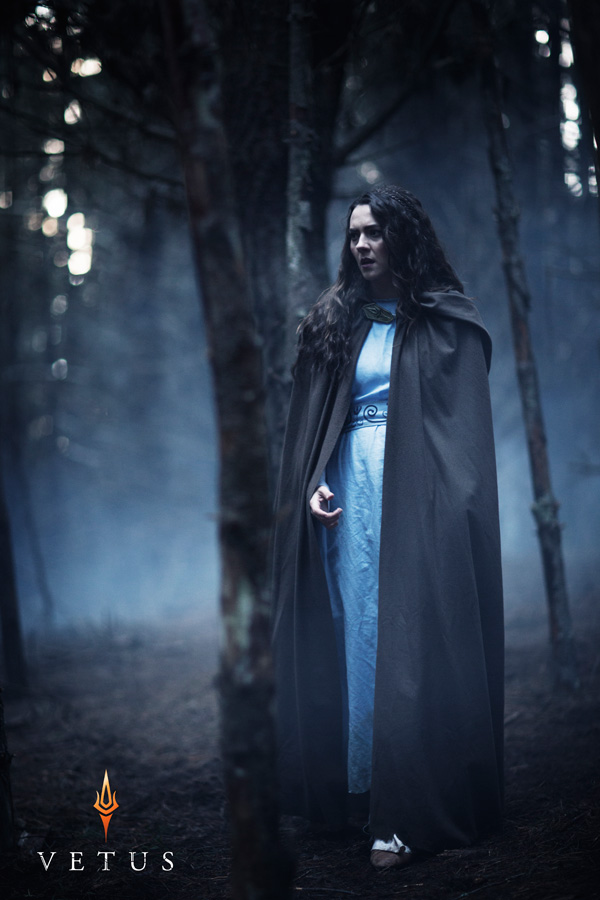 Comparing the use of primes versus zooms involved Ben’s criteria of lens speed and practicality of use. Ultimately, because the short shooting schedule, limited crew and rough terrain required a swift, nimble setup, the zooms were chosen and theCabrio 19-90and85-300lenses carried them through the shoot set at speeds of T2.9 and T4 respectively.

Stylistically, Ben decided to work on VETUS with more mid to longer focal lengths. The Cabrios’ bokeh had a pleasing look and the colour rendition was very natural. The lenses gave him a fair amount of in-camera control as the cinematographer. Depth of field is important for getting the best bokeh, but depth of field depends on the focal length of the lens, not only on the f/stop.

“On-set, I also underrated the native ISO 2000EI of the sensor by setting my light meter and in camera monitoring LUT to hover between 640 and 800 ISO,” he said. “By over-exposing the RAW I could pick up more information and take full advantage of the sensor’s dynamic range and data, but also make sure my shadows were super crisp and as noiseless as possible. 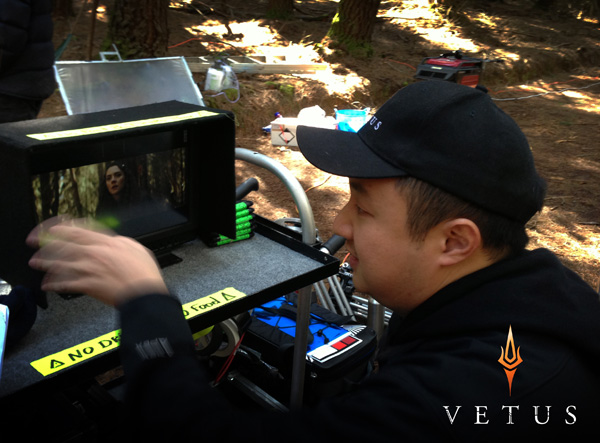 “Because VETUS is a dark film, I wanted to make sure the image was going to have as much flexibility as possible for the colourist and visual effects artists. I opted to use theslog3/sgamut3as my gamma and colour gamut setting with aHyperGammaas my monitoring LUT, and resulted in light-dark interpretation to support the grade.” HyperGamma is a set of transfer functions from Sony designed to make the best use of the latitude of the camera, especially in highlights. It also allows you to see exactly what you will get in an image with ordinary HD monitors.

To shoot the ethereal world sequence, the crew used the vintageLomo Anamorphiclenses with the F5 configured to handle the 2x squeeze factor of the lenses, allowing Ben to watch a de-squeezed image on-set. “That was such a great feature to have, even though the Super35 sensor is a 1.85:1 aspect ratio,” he said.

“When shooting the rest of the sequences, the Fujinon Cabrio spherical lenses cover the full frame of the Super35 4k sensor, therefore in camera we ran anamorphic guide frames so we could match all footage for the final aspect ratio output of 2.35:1. When we approached the VFX live action plates, I ran the viewing monitor without any guide frames, framing with the full 1.85:1 image so that I could give VFX as much resolution as possible.” http://pro.sony.com.au
For more details on VETUS go to www.facebook.com/vetusseriesorwww.mindconsole.net