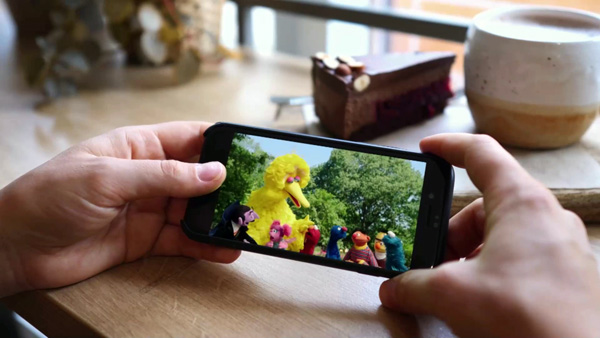 Definition 6 is a creative marketing advertising agency made up of content creators, creative developers and an R&D team of problem-solvers. The customer experience is a critical part of each project – listening, collaborating and taking a detailed, professional interest in storytelling for the client’s particular audience.

The management of the company is in Georgia, and the television post-production wing -- video, graphics, audio -- is in New York, in a lively area of midtown Manhattan. The New York office has about 60 employees and the Atlanta office has another 100.

Chief engineer Luis Albritton has been a central member of the team responsible for ensuring their business has run as close to usual as possible during lockdown over the past year. Here, he describes using Signiant’s Media Shuttle SaaS to keep data moving quickly and securely between clients and Definition 6’s internal and external staff members.

“Definition 6 is best known as a promo house, producing spots, activations, events and so on,” Luis said. “At the beginning of each project, we receive large numbers of assets through the production pipeline, after which quantities gradually shrink. On completion, a client will sometimes say, ‘Not only do I want the finished product, I’d like to have the entire project.’ So we could be delivering hundreds of GBs, while on the ingest side we may handle up to 3 TB of data.”

Speed or Security – or Both

Earlier on, some time before the pandemic, Luis and Chris Reinhart, SVP of post-production, had lobbied to start running Media Shuttle to handle media coming into and deliveries from the facility. “Although we were frequently invited into clients’ media transfer environments, we never had an environment of our own. Nevertheless, we often need to gain access to that environment as fast as possible, delivering data either to or from our clients,” he said.

“The main issue was meeting the security demands of post-production workflows for companies like Netflix, HBO and Cinemax. Those demands introduced an extra layer of complexity in our own workflows and security procedures. How were we to gain access to data while also making it available in a way that is secure for our clients and vendors?” 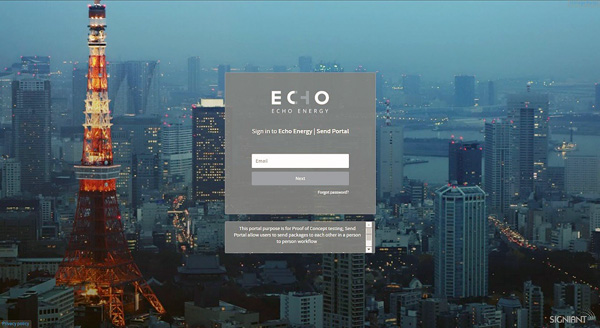 That security and segregation of access were front of mind from the start and attracted them to Media Shuttle, which uses authentication to accurately identify users, and authorisation to make sure users and automated processes have access to approved assets. These techniques prevent unwanted disclosure. Data integrity processes protect files and data sets from corruption, and non-repudiation procedures do not allow users to deny their actions. Meanwhile, availability measures prevent interruptions to data access.

Definition 6 also has close relationships with clients and broadcast partners that have signed on to the Trusted Partner Network (TPN) partnership as well. The TPN is a content protection initiative that helps companies prevent content leaks and breaches of customers’ films and television shows ahead of their intended release. Because content today is created by a growing number of third-party vendors, who collaborate with varying levels of security, threats have also increased. The TPN program raises security awareness and preparedness.

“Furthermore, the company was growing to the point where we were receiving more work than our staff could handle,” Luis said. “So, a large component of our interest in Media Shuttle was about rapidly expanding our capabilities, making those capabilities available and working securely with outside contractors.”

The contractors add an element of risk. A typical project starts out in the terabytes and, by the end, gigabytes. Even before the lockdowns, since taking on a number of contractors, myriad small files and deliverables were constantly in motion, in and out of the facility. For example, as the studio lacks an in-house colourist, they have been working with remote freelance colourists by creating a Media Shuttle folder for each one that he or she would have exclusive access to -- only to that specific folder, and only for the duration of the project.

“Before adopting Media Shuttle we used an FTP server. In those days, we would keep the same passwords for extended periods – in other words, we played fast and loose. Moving data between locations was all about speed, not safety, but that layer of security requires some education.

Currently, Media Shuttle at Definition 6 is integrated with both their on-premises and AWS storage. Decisions regarding where to point the service portals are based on workflow and client requirements.

Luis said, “Our original deployment was very simple – an on-premises server pointing to local storage that only very specific people in the company had access to. Our storage, a Facilis Terrablock shared system, is securely partitioned into many different shares. Under normal circumstances, when everyone is working in the facility, nine editors are connected to a particular partition to edit. Now, those nine editors are connected to that partition via Media Shuttle.”

At any given point, the studio has 20 to 30 concurrent internal Media Shuttle users, plus another 20 exteral users, all of which can result in massive traffic, heavy loads and large downloads, especially at the beginning of the week when production schedules get started.

“Media Shuttle allows us to limit the external contractors’ view in a way other systems cannot,” said Luis. “For instance, every single partition that we have in the Terrablock is available to any user of that partition. But when I go to create a Media Shuttle portal, external personnel who are otherwise not part of Definition 6 itself never see the entire share, only a folder inside it that I have allowed them to see.”

Once a job is awarded, a workspace is created within Definition 6‘s shared storage. Access is assigned based on booked creative personnel. Next, a Media Shuttle portal is created to point into the storage and access granted to those personnel.

Once creative processes are completed and the job delivered, an internal process decommissions the Media Shuttle Portal and any associated submit or download portals to prevent any further changes to the storage. Finally, archiving to LTO tape gets underway and once all content is verified, the storage share is released for reassignment to the next job in the cycle.

“With Media Shuttle, we have more access control regarding clients’ content, on top of all of the traffic. The fact that we no longer have to carry or ship drives from location shoots or client locations is fantastic!” said Luis.

“Workflows like this make our processes simpler and solve a range of challenges. Once COVID-19 arrived and we started to realise that employees would have to work from outside the facility, calling for even greater security measures, we followed the same procedure – we created Media Shuttle folders for each individual client and then designated executives, editors and producers to oversee those folders.”

A sudden need to decide on a secure access strategy was a challenge, as it was everywhere, so having a fairly straightforward system already in place was an advantage. They had not recognised the full potential of Media Shuttle until COVID emerged. When the entire creative staff, our vendors and partners could not physically be together in the same space, Signiant allowed them to continue extending services to external users, with speed and efficiency.

“The speed with which we can move data into this environment and have editors ready to edit is invaluable,” Luis said. “Even more important, we now have a centralised service sitting in our tech stack, already accessible to our staff for their location while working remotely. Our clients are confident that their media is both safe and accessible, and we are confident that Media Shuttle will work with any new workflow that requires that agility of data movement.

“We have expanded a great deal since we started segregating data transfer into cloud storage, separate from the rest of our network. This component of the service makes fast, secure, reliable access to content easier to achieve than we had anticipated, and without having to integrate or train users on a totally new deployment. The interface is the same to the end user but the quality of service increases greatly.

"The use of Media Shuttle in our company started as a proof of concept and by now we are far beyond that stage. It has become an everyday tool. Such products make companies nimble and able to shift and rotate workflows quickly to meet the demands of the industry, including when crisis happens. Ultimately it makes us more competitive."  www.signiant.com