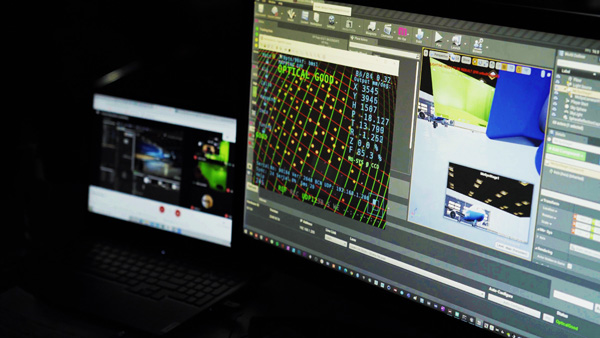 Production agency and creative studio Papertown specialises in computer graphics (CGI). Its client, Business Made Simple, a management coaching organisation in North America, had the concept of a management training course based on an analogy suggesting that every business should run like an airplane. Consequently, a plane in a hangar was chosen for the video concept.

Renting and preparing an aircraft for a shoot inside a hangar would have been expensive and impractical. Instead, Papertown proposed shooting the speaker against a green screen and creating the plane, hangar and other items in CGI. They hired Mo-Sys Onset VP Services for expertise and advice on the challenges involved in virtual production. 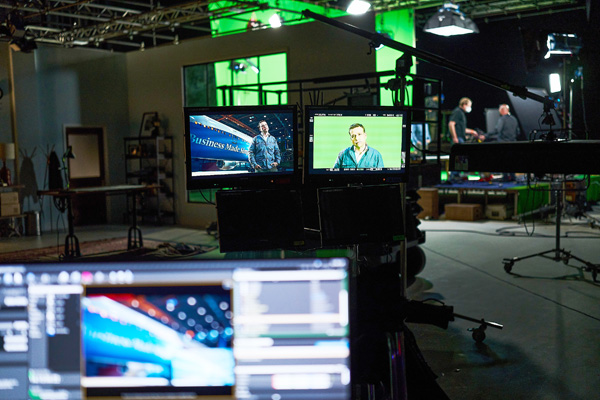 Composite in the Viewfinder

Using StarTracker’s ability to tie the virtual graphics to the real world as he was shooting, the cinematographer could frame each shot visually because the composite image was available in the viewfinder. Mo-Sys VP Pro has its own colour difference keyer, which removed the green screen background to allow it to be replaced with the CG background.

He could see how the lighting of the real and virtual elements worked together, and how well they both would align with his camera angle at any moment. The production team were also able to record the finished output, reducing the need for time-consuming compositing in post. 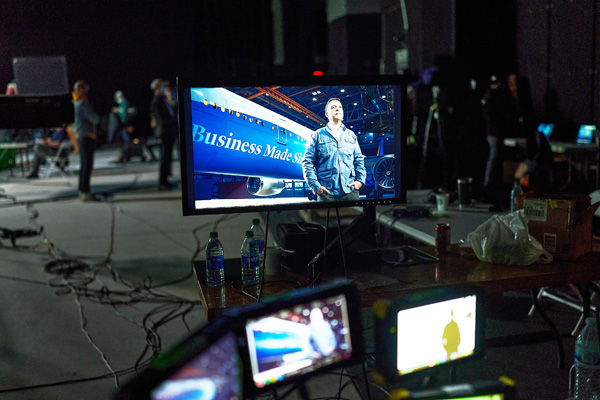 Papertown was able to shoot the entire three-hour video series, outputting many terabytes of cinematic footage, in only two studio days. “We had no experience of Mo-Sys products before this shoot, but we had the support we needed to quickly put our creative to work,” said Papertown founder and Executive Creative Director Julian Smith. “Being able to use StarTracker, VP Pro and Unreal together extended a great deal of value to our clients, and made our photo-real CGI much more accurate and useful.”

Michael Geissler, CEO of Mo-Sys, said, “Shooting final pixel like this gives a production a tremendous boost. But it can only realistically be done with precision camera and lens tracking, real-time compositing, and a virtual production operator who is familiar with the Unreal Engine.” StarTracker and VP Pro are available now, and Mo-Sys has just released the VP Pro XR server developed specifically forproductions that use LED volumes. www.mo-sys.com