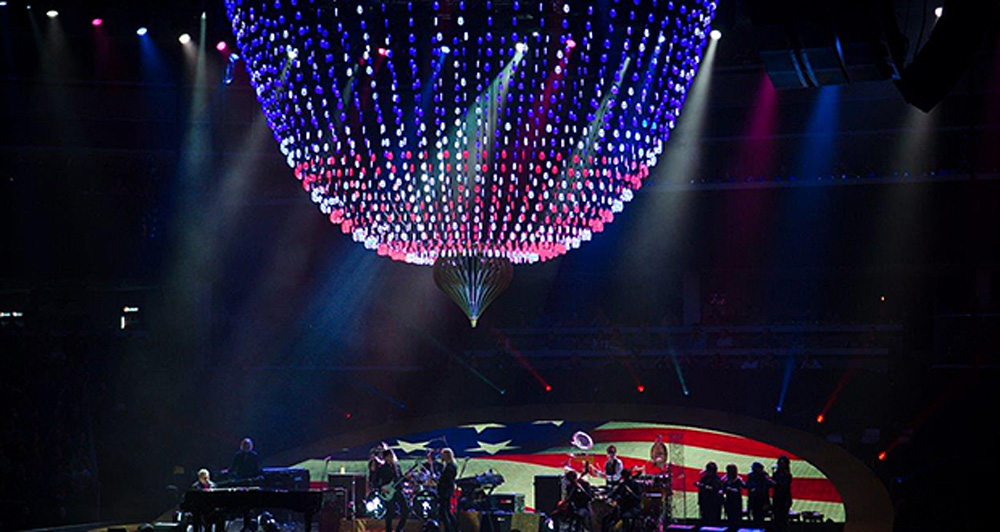 With a career spanning almost 50 years, singer Elton John is one of the world’s top selling artists. His ‘All the Hits’ tour traversed North America, Europe and Oceania for much of 2015, revisiting hit songs from his best-known albums.

The video team behind the tour included video director John Steer, drum and percussion technician Chris Sobchack, and automation, LED and programming technician Lars Kristiansen. As part of their gear, this crew used the Blackmagic Design Micro Studio Camera 4K and Video Assist for live video feeds and video introductions while on tour. 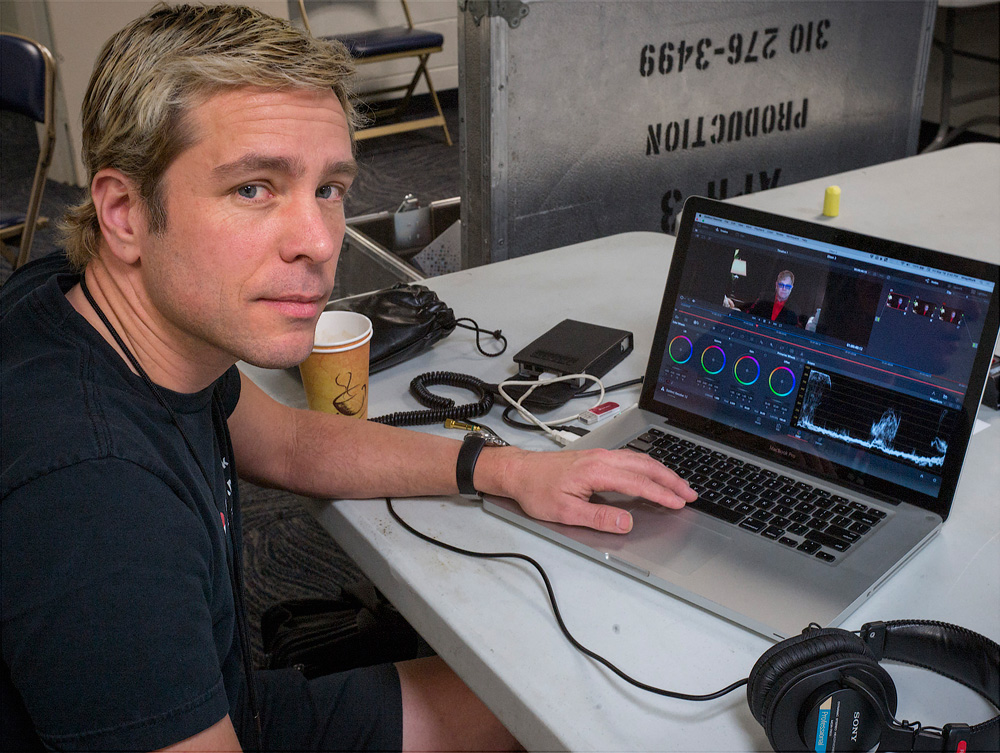 Initially John Steer acquired the Blackmagic equipment to help produce an electronic press kit and impromptu video messages from Elton to promote the tour, but this gear ended up helping him again later on once the tour was underway.

“I used the Micro Studio Camera 4K as a POV camera to give me more live shots and angles, hence greater video coverage of each show,” said John. “The Video Assist helped me check lines to see if I was getting the correct signal and frequency into our media server, especially at the end of a long cable run, or to see if a piece of kit was operating correctly. I also used it as a recorder and was able to capture ISO recordings to disk as we streamed content for live use during shows.” 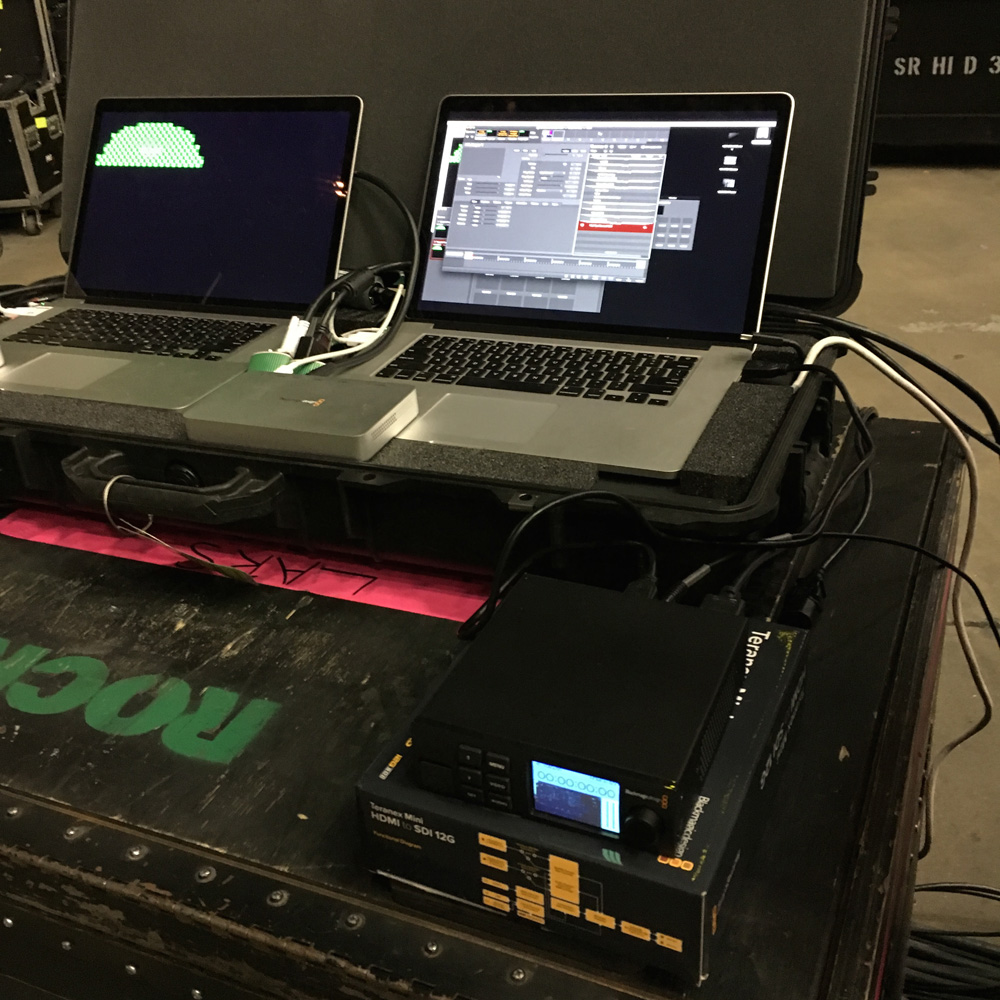 He liked the Micro Studio Camera 4K’s small size and flexibility, and he found he could push the camera’s gain quite far before noise made the image unusable. “I also like the fact that it has backup batteries," he said. "A battery receptacle on the back of the camera can be used to hold local back-up power in case the power supply is lost during a live broadcast. With the colour balance and correction tools, dialing in the colour temperature is straightforward and the recording codec - 10-bit 4:2:2 ProRes or DNxHD - is simple to select. The onboard microphone is also very good.

“The Video Assist is versatile and light. With shows in seven countries, we toured throughout the Far East, Australia and New Zealand and used it anywhere and anyhow. It was really valuable during the show set up.” 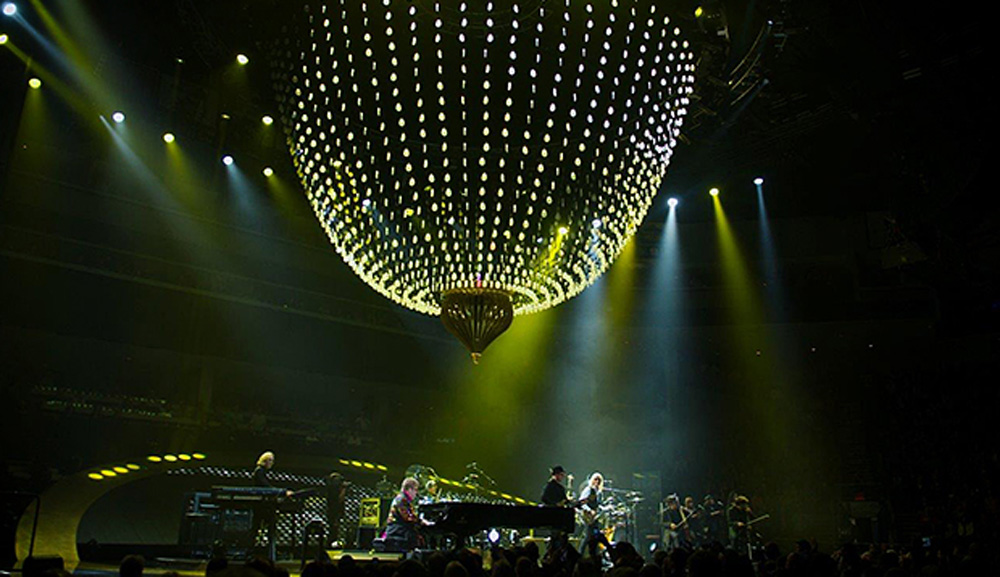 The tour’s stage setup featured a 40ft computer-controlled LED chandelier, running in combination with a video presentation on a custom designed LED video wall that curved up the back of the stage floor. The chandelier was the focus of the set, changing design and shape throughout the show, in sync with the songs being played and their respective lighting schemes.

Using an UltraStudio Express and two Teranex Mini HDMI to 12G-SDI units with Smart Panels, Lars Kristiansen received inputs from the cameras and sent SDI feeds from the media server out to the video wall, and the light display data to the chandelier, simultaneously. As can be seen in the images, the chandelier’s display was coordinated to match the screen content. 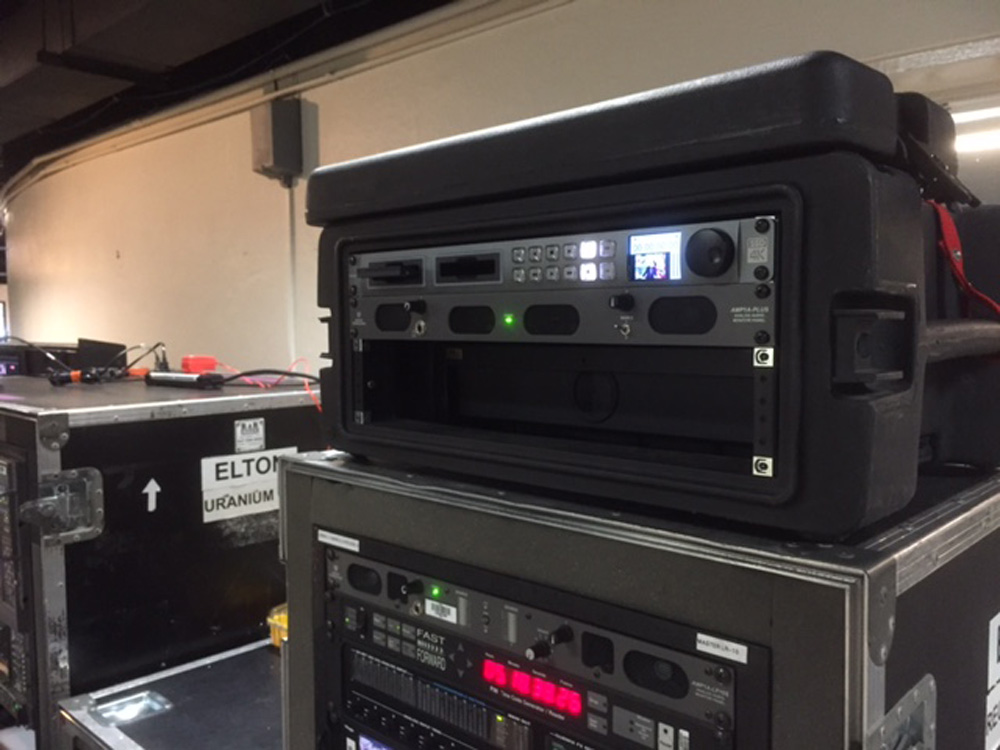 “Using the dual output of SDI on the Teranex Mini, I sent the signal to both the video screen and the chandelier at the same time, and didn’t need a separate SDI distribution amplifier,” said Lars. “The Teranex Minis have been very reliable, very portable and simple to use. The Smart Panel on the front of each unit has a colour display and user controls so we could quickly monitor the video and make sure that a signal was received, as well as change settings, right from the front of the converter.”

For any video on the tour that required post production work, such as video introductions for the openers or messages from Elton to the audience, Chris Sobchack completed the tasks in DaVinci Resolve Studio.

Chris said, “I used it to help re-edit, resize and transcode bits of our production video content, or output multiple format renders in the delivery room. Having Resolve’s controls and layout, as well as the colour correction suite, has been a great help when we need to do a high quality, quickly produced video introduction or testimonial, shooting under less than ideal conditions. Being able to do all of this in one program, in less than 10 minutes in a crowded production office on a 15-inch MacBook Pro - that is pretty amazing.” www.blackmagicdesign.com