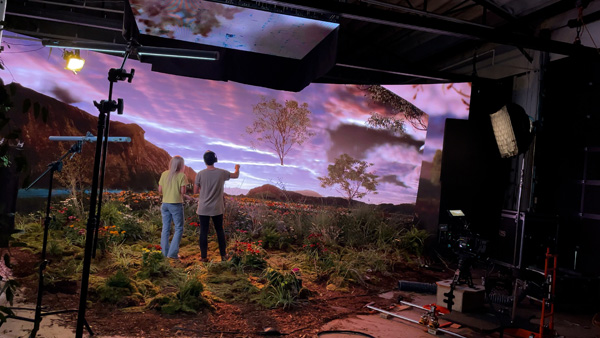 Virtual production studio MEPTIK from Atlanta joined the producers from Gear Seven to produce and record a music video titled ‘Bloom’ for Canadian singer/songwriter Emily Rowed at Arc Studios, one of the first virtual and xR production studios in Nashville. Arc Studios’ massive studio space includes over 45m2 of PixelFLEX LED video wall surface, integrated with Unreal Engine and stYpe camera tracking. The disguise xR workflow pulls all of these systems together and delivers the content to the screen.

Emily immerses herself in a moonlit mountain landscape for ‘Bloom’, part of a bioluminescent forest, endless fields of colour-saturated flowers and twinkling stars. She relates the story of her own blooming in the song as the environment around her transitions from moonlight to dawn. Watch ‘Bloom’ here.

Between Virtual and Real 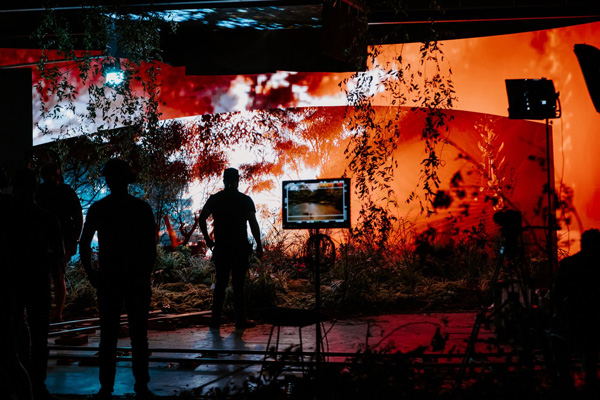 At Arc Studios, 3D artists Josh Eason and Madison Hague-Rogers designed a magical, surreal virtual environment in Unreal Engine to blend with the detailed physical landscape of flowers, moss and grass designed by Art Director Sophia Matinazad. In turn, Sophia used fibre optic lights to replicate on the physical set the looks achieved in the background video. The CG artists and animators and the SFX team were all aiming to create an environment balanced between real and digital elements, taking the best advantage of both. 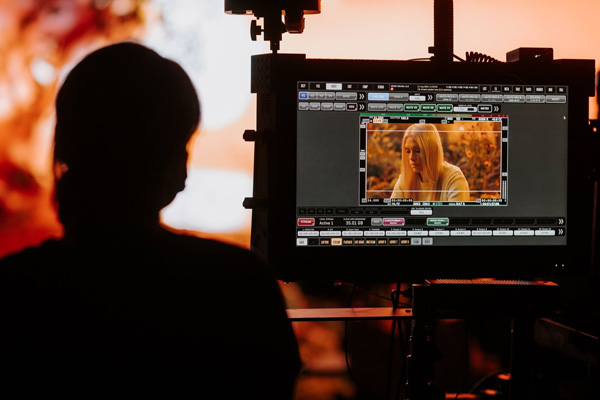 During the shoot, Emily interacted with the physical scenery in the space – flowers, moss, dirt – as she sang, while the virtual environment played out around her and interactive lighting cast her in the same hues as the backdrop. stYpe real-time camera tracking followed the crew’s dynamic camera moves and transferred the camera’s precise position data, frame by frame, to Unreal Engine so that the background could be rendered from the same perspectives. The final, combined result integrates the singer invisibly with her physical and virtual surroundings.

The vx 4 playback and compositing servers receive content with tracking data via the disguise proprietary RenderStream protocol, and output scenes to the LED screens on the set. RenderStream controls third party render engines like Unreal from the disguise software, and also enables the rx render engine and vx media servers to work together in high-fidelity, low-latency xR workflows. 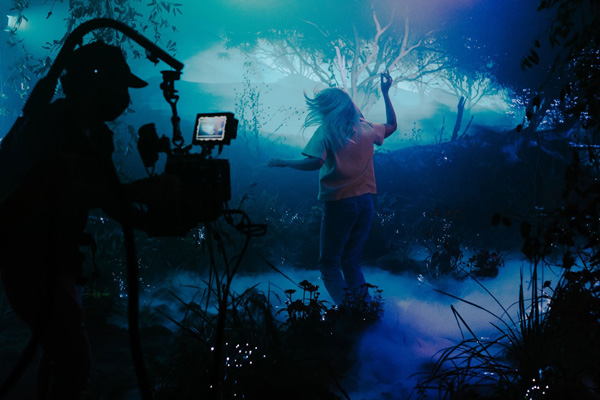 RenderStream uses cluster rendering to allocate processing power across the rx processors, which are powered by NVIDIA A6000 GPUs, and makes sure that all render nodes reach maximum performance. The vx 4 can play up to four times uncompressed 4K60 video using an NVME RAID drive array, and has dual 25 Gb/sec and dual 10 Gb/sec ethernet ports for fast media file transfer and high resolution networked live video capture.

The nature of the xR workflow gave the director Sam Siske a high level of control over the 3D environment. Elements like the trees were rendered as separate assets so that he could manipulate their position as required. He could also go from night to daylight in a few seconds instead of waiting for a special time of day. He commented that spending hours fine-tuning a sunrise, a filmmaker’s dream, would have been impossible to achieve on location with live-action photography.

‘Bloom’ is the second music video that MEPTIK has produced using disguise xR, following the team’s first use of the workflow for Nashville singer Fleurie’s ‘A World Beyond’ video, released in 2019.   www.disguise.one 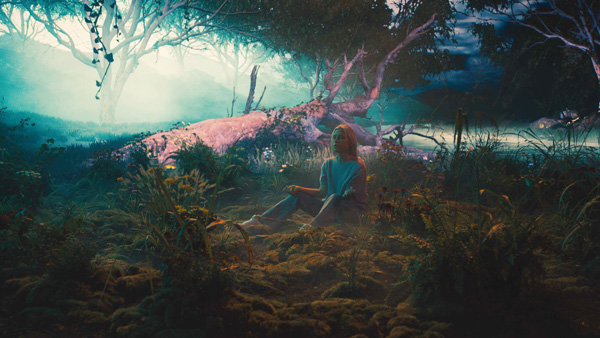