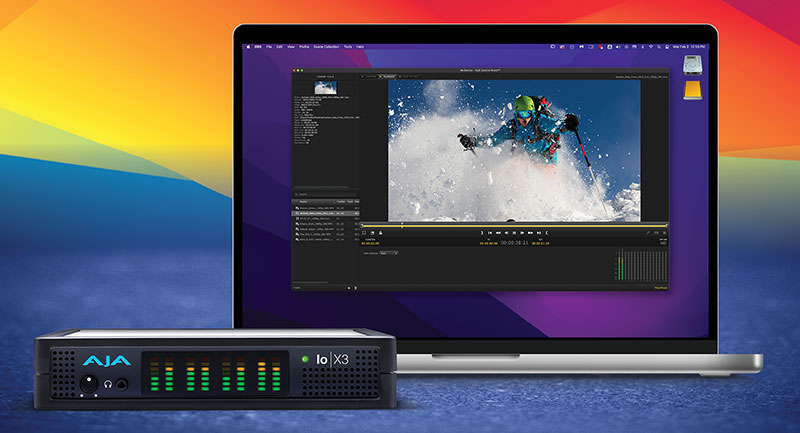 AJA has developed Io X3, a new Thunderbolt 3-connected video and audio I/O device for HDR or SDR 2K/HD capture and output via 3G-SDI and HDMI ports. Compact and portable, Io X3 can be used for HDR video I/O up to 2K/HD 60p, to use with professional video and audio applications on compatible Thunderbolt 3-equipped Mac or PC hosts.

Io X3 is built with eight switchable analogue audio ports so that users can shift between eight channels in or out, or split connectivity between four inputs and four outputs. A 3.5 analogue audio connection is available to plug in headphones directly. Up to 16-channel audio is included on each SDI port, and 8-channels on HDMI. Their compact, rackmountable design means Io X3 devices can be placed side by side in a rack for studio, mobile truck or video assist applications, allowing users to access up to eight channels of up to 2K/HD/SD I/O in a 1RU device.

AJA has updated the desktop software for all KONA, Io and T-TAP Pro hardware, and the AJA SDK for Developer Partners, to version 16.2. AJA’s software applications include Control Room, Mini-Config, eMini-Setup and others.

Workflow changes made to the software include support for the most recent macOS, new OBS Studio compatibility, expanded multichannel audio and upgraded LUT functionality. Its 12-bit 444 RGB workflows for 4K/UltraHD are improved, with new codec and special playback support in the Control Room ingest, playback and output software. The release also supports the launch of Io X3, the new device in AJA’s Io line - see above.

When AJA’s desktop software is installed on a system running OBS Studio v27.2 or later, selected AJA devices will be immediately available for multi- or single-channel capture and switching up to 4K/UltraHD 30p and 2K/HD 60p, creating more opportunities to integrate OBS into broadcast workflows.

Desktop software v16.2 also inceases flexibility and enables more accurate, vivid 4K/UltraHD colour workflows. This change is due to new 12-bit, 4:4:4, RGB firmware for KONA 5 and Corvid 44 12G, with support for a full 12-bit pipeline from capture to colour space conversion and output. Also supporting this functionality is an upgrade to the .cube format for all 12-bit and 10-bit LUT capabilities, enhancing compatibility between AJA hardware and third-party colour and mastering applications. 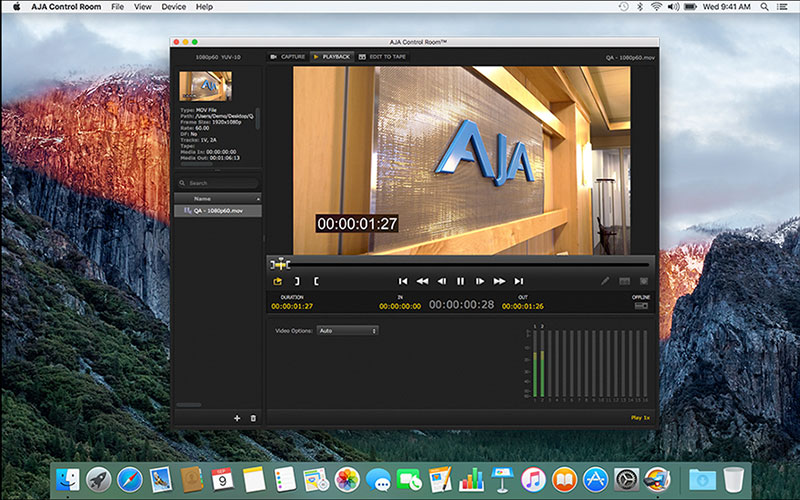 With the introduction of Io X3, a new MultiView feature allows up to four incoming SDI sources to be monitored on a single external HDMI monitor, providing a confidence view for multi-channel workflows with OBS Studio and Telestream Wirecast.

Desktop Software and SDK v16.2, available as a free download from the AJA website, supports macOS Monterey and Windows 11. www.aja.com