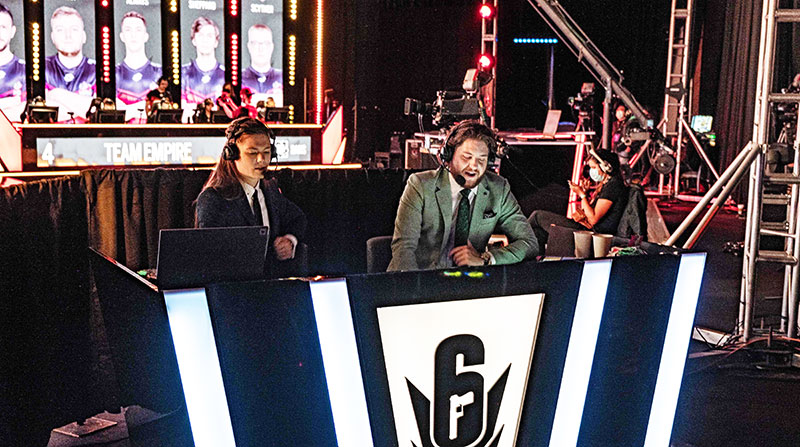 In early in 2022, Saudi Arabian holding company Savvy Gaming Group (SGG) announced that it would acquire FACEIT and esports company ESL, intending to merge the two organisations and form the ESL FACEIT Group. The new company and its systems will support game developers and publishers that want to build ongoing competitive gaming communities and esports ecosystems. Such clients need to be prepared for productions from casual, online competitions to in-studio projects and international live events with crowds in arenas – on a single platform.

Live esports production is fast-paced and relies on the producer’s ability to react quickly and efficiently to varying demands. A basic show may feature two or three people on-screen, while larger scale events may include 40 players, each with their own player cam in operation.

Game players, on-screen talent and production teams may be located on-site or remotely for any given show. Initially in response to the Covid pandemic, the environment is made up of various hybrids of local and remote productions, a situation that is likely here to stay.

FACEIT has its own TV and media production unit handling professional gaming coverage for some of the largest esports events in the world, with dedicated facilities in London and Los Angeles. One of the biggest challenges for the production unit has been managing hardware and software tools at scale across multiple events. The team examined how to give users creative operational flexibility, without having to worry about implementing a new technology stack for each new project.

The team sometimes has to turn events around on short notice. At other times they’ve found themselves restricted by the limited creative tools they have to hand hand, and been forced to either spend time and effort engineering systems from what was available, or to source specialist tools just for one show.

Furthermore, esports production teams generally need to pull together a wide variety of flexible, operator-friendly equipment for shows, from top-end through to prosumer. Access to the right systems and tool-sets helps them reduce the chance of error and work faster.

Within this environment, FACEIT chose to work with EVS DYVI, a GPU-based software-defined production switcher. It has a large number of creative features for production teams and their technical directors and operators. Included are 2D, 3D and chroma key effects, accessed through simple, intuitive, fully customisable hardware panels.

The switcher’s use of GPU power makes it highly scalable in production. IOs and graphics functionality can be scaled by adding processing power. DYVI’s software-defined architecture also gives it the ability to evolve over time through software upgrades, making it useful and easier to manage in agile production environments that change with changes in demand. 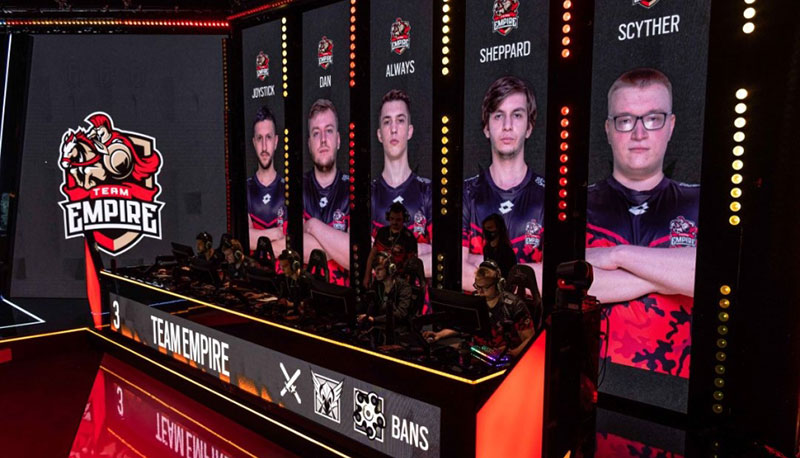 “DYVI leans more towards the way people in esports think,” commented Andrew Lane, Director of Broadcast and Production at FACEIT. “We’re always looking for more creative methods to present our content, always trying to think of the next way to do things, clean things up, make things easier and enhance our production value.

“On some shows we’ve been more greenscreen heavy and used some of the keying functionality that’s built into DYVI. Other shows are much more graphics-intense and we need multiple outputs and feeds to lots of screens. DYVI can do all of those things, and this makes it very easy for us to generate content the way we want.

FACEIT initially looked at options among the larger, premium production switchers for its operations. Their input count requirement was a maximum of 96 in HD progressive mode, with the potential to expand later. Because flexibility was very important for FACEIT, a large, software-defined option like DYVI, allowing them to build and customise a system to match their own requirements, was appealing.

The ability to use third party protocols and command line control to and from DYVI was also of interest to FACEIT. Many operators and engineers in the esports space write their own code and are creative about making equipment work as they require. A software-defined system like DYVI can be adapted and reconfigured, as opposed to traditional broadcast production switchers that lock the team into a particular approach.

“Looking at what DYVI offered -- especially compared more expensive switchers we considered – it was really that nice balance of a flexible suite of tools that could actually solve a lot of problems for us,” said Andrew. “You can buy one processing module and then upgrade by adding additional modules – and over time you are building your system. This is much more in line with the way the esports business model works. 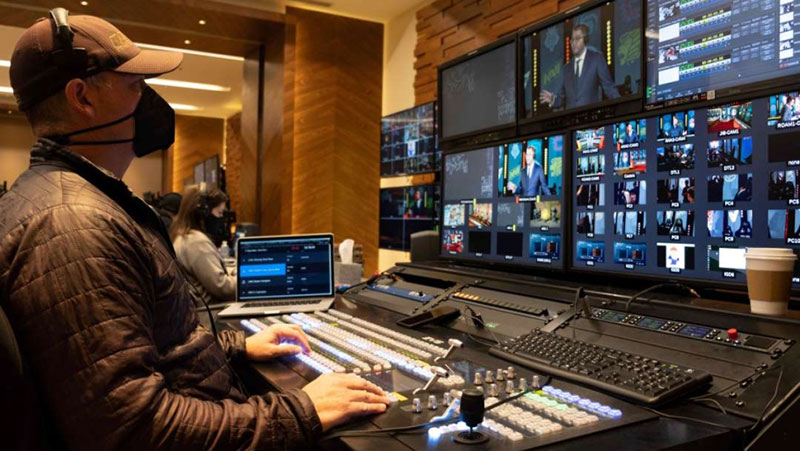 During the pandemic lockdown, EVS set up a remote DYVI training program for FACEIT, whose team finds the switcher’s straightforward interface is easy to use and learn. In-house and freelance users who were previously unfamiliar with the switcher adapted quickly and have been able to work on shows straight away.

Andrew said, “We’ve never had the problem of someone coming in and not being able to switch a show -- it grows on them very quickly. DYVI’s GUI is really user-friendly, especially for our younger operators who are familiar with GUIs generally, and can just work things out for themselves. That’s been really important.”

The system is now in use every day across a variety of productions. Creatives within the production team have the chance to push the limits of their creativity, as they are able to put aside many of the routine technical tasks and challenges due to DYVI’s faster, more efficient operation.

As mentioned, operators can take advantage of GPUs to adapt and reshape the switcher panel layout and program the control surface. As the industry moves in a more cloud-focused and software-dominated direction, compute power and software tools will take an expanding role in the way FACEIT produces content.

Andrew said, “The DYVI has brought us a huge number of advanced tools, which effectively means we can budget from a single resource and then expand if needed. So we have a lot more opportunity to work out how to present our content, in ways that ultimately take us less time to execute as well.” www.evs.com