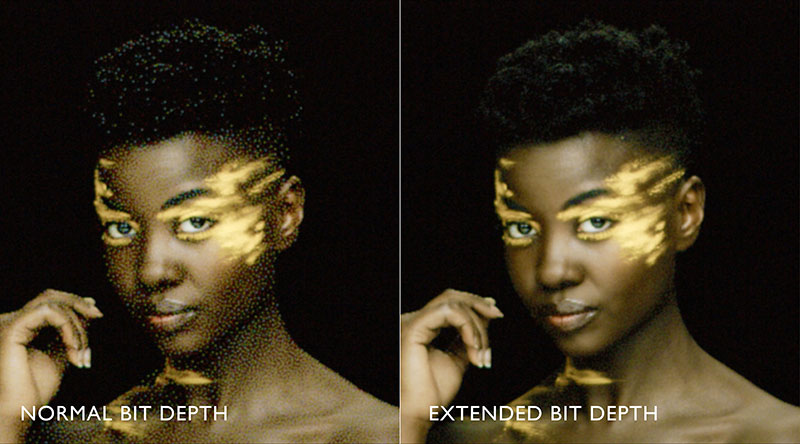 The control software’s user interface and features give direct control of video input processing options, including scaling. Any input can be previewed, with auto-detection of resolution and timing and status reporting. The different video-on-canvas modes are used to preview how a video source will map to fixtures so that the video inputs and fixture maps can be accurately configured before video walls are actually built.

The software also tracks how the data connections are linked between fixtures, which means it is topology-aware and can associate the fixtures detected on the network with the fixtures in the layout. This feature makes setup time quick and helps to find faults. Many of the project settings, including fixture group position and rotation, project-wide colour settings and video input settings, can be stored into presets and recalled in one step.

Although Brompton processing has long been recognised for its value in live events and AV projects, more recently, it has been extremely useful in virtual production. The new Extended Bit Depth and Stacking features will continue to support and improve live productions but will help film and VP producers in particular.

Extended Bit Depth makes higher PWM bit depth output possible with a free firmware update for all existing and new panels fitted with the Brompton R2 or R2+ receiver card. PWM (pulse width modulation) is how the LEDs making up the screen are digitally dimmed. There are a fixed number of brightness levels at which each LED can be illuminated, depending on the PWM bit depth. 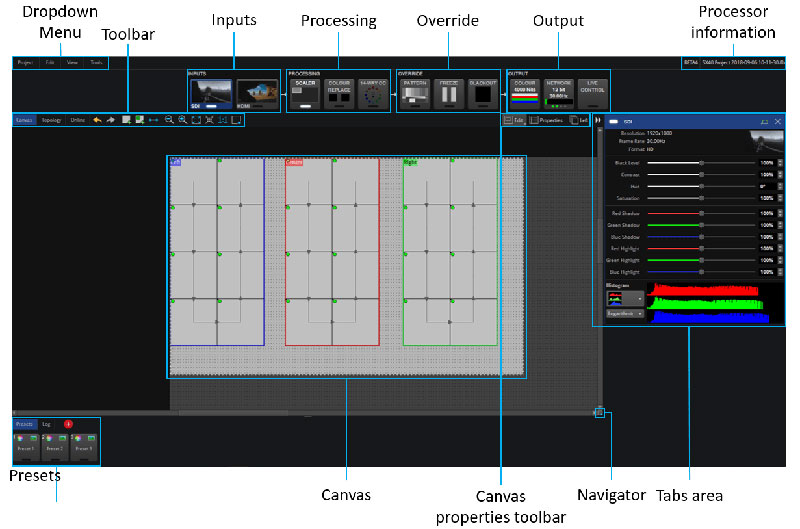 Up to 3.3 additional bits of PWM precision in version 3.4 improve low-brightness performance – reducing visual artefacts and bringing out additional detail and nuance in dark areas of the image. This large increase in dynamic range also raises performance and makes a marked difference for in-camera VFX and other applications capturing LED screens on-camera.

With Extended Bit Depth, users can also reproduce HDR content up to 10 times darker than previously possible, without compromising peak brightness for HDR highlights. When configured for use on-camera with a shutter angle of 180°, calibrated measurements show that a typical 2160 Nits panel using Extended Bit Depth and Dark Magic can render brightness levels as low as 0.00024 Nits – which is only 0.000011% of the peak brightness. It does not reduce the peak brightness of the panel, so HDR highlights can still be displayed to their full potential, resulting in a contrast ratio of over 9,000,000 : 1 and over 23 stops of dynamic range.

Production setups often need to use multiple processors working together to drive different parts of a single LED screen. The second new feature of Tessera v3.4, Stacking, is available on Tessera SX40 and S8 processors and allows multiple processors in a setup to be controlled together, in unison.

Any setting adjustment made on the lead processor will be automatically applied to all the others in the stack, which makes adjusting each processor individually unnecessary and saves time. It is also possible to customise which parameters will be synchronised across the stack, so that uses can meet the requirements of a wide variety of applications – including both backup (failover) processors and control of large LED volumes. Multiple stacks of processors can be placed together on a single LAN, allowing versatile setups with quicker, simplified control. Tessera v3.4 is now available as beta software for evaluation. www.bromptontech.com