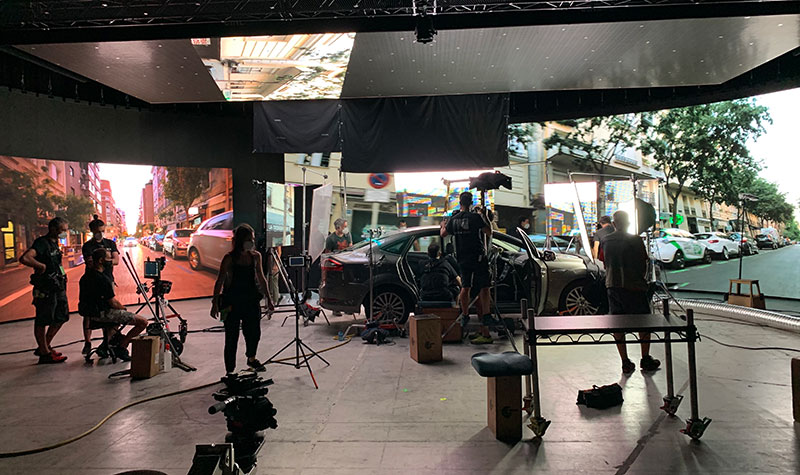 ‘La Fortuna’ is a six-episode Spanish-American historical drama series directed by Alejandro Amenabar that follows the story of the discovery of a Spanish frigate sunk by the British navy off the coast of Portugal in 1804, and the fierce legal battle it sparked over the ownership of the treasure.  As the action shifts between modern times and 1804, and portrays the battle that sunk the ship, the film features numerous visual effects.

Among the VFX shots were several that were shot inside cars and buildings with the actors. Several of these needed to show exterior scenes of Washington DC and Chicago through the windows, while the shoot took place in Madrid. On set, instead of using green screen, the team designed and built a virtual production set-up based on disguise vx 4 media servers. Their intention was to capture the background imagery, which had been shot on location, and the live action, all in one shoot.

Cinematographer Alex Catalan from AEC was keen to use virtual production techniques as a way to make the shoot more efficient, lower the costs and reduce the need to work on location, without compromising or losing control of the quality. Alex contacted MO&MO Film Services in Barcelona on the recommendation of a colleague, after which the producers MOD Pictures hired MO&MO Film to design the virtual production scenes and facilitate the in-camera VFX.

In the Virtual Studio 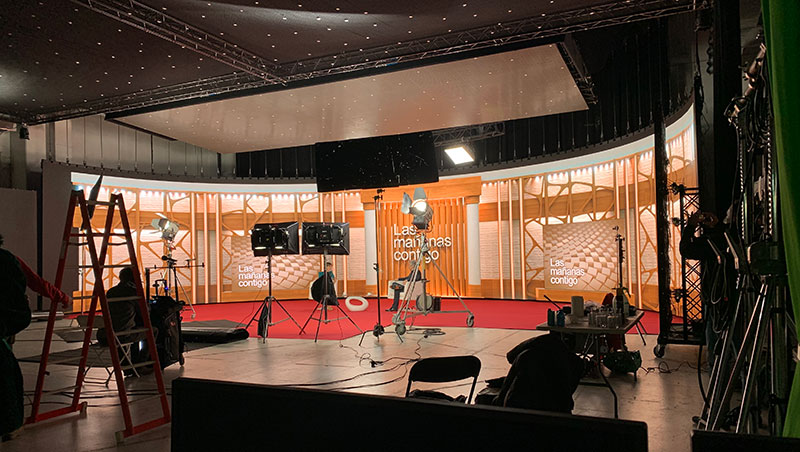 The vx 4 servers are disguise’s capture and playback devices for working with the different video sources on set and preparing them for in-camera capture. Capable of playing lossless 10-bit video and optimised to play up to 4x 4K60 through an NVME RAID drive array, each server can capture either 16 3G-SDI sources, or four 4K sources. Dual 25GbE and 10GbE ports support the network bandwidth needed for fast media file transfer and high resolution, networked live video capture. The vx 4 comes with configurable NVMe 3.84TB storage as standard, and four HDMI 2.0 output cards.

The process smoothed the creation of in-camera VFX for car-interior scenes, using plates shot in Chicago as backgrounds, as well as for scenes depicting the interior of the Spanish consulate, using plates shot in Washington DC of the street view seen through the windows. There were also sequences using other background plates shot to emulate American TV reporting footage.

Cinematic results for many of these scenes were achieved using tools from Designer, disguise’s layer-based software together with the vx 4 hardware. The wrap tool, for example, helped adjust camera perspective in some scenes, and the colour shift property was essential to help regulate the video layers from the interior and exterior shoots because they had been shot at different times and places. Designer's colour shift allowed the team to perform various colour-correction operations on the output of a layer, changing saturation or controlling the min, max and gamma values of the red, green and blue channels, separately or together. Colour shift could be applied to manipulate all the layers simultaneously. 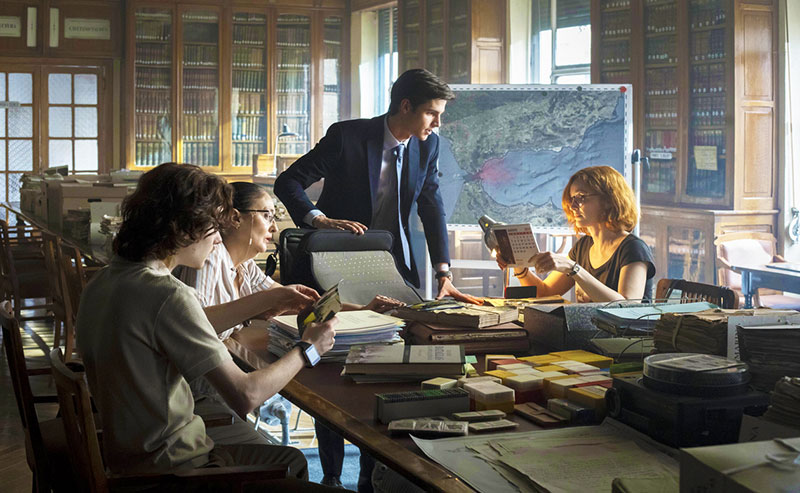 disguise’s ACES integration helped achieve colour control for the VFX sequences. In the context of virtual production and visual effects, ACES standardisation and interoperability were very valuable as a way of working with diverse source material – it gave them the basis for managing visual data from many sources and transforming it to a common representation for processing and output. Because the ACES colour space encompasses almost every current colour space, the team could establish consistent linear colour representation throughout the pipeline, and also preserve the vision of the director.

A blur layer was also created to help Alex adjust the depth of field at certain times. PreComp, a type of mapping, was used for this, and acts as a container for multiple textures, which can then be used as an input source to another effect or composition. A PreComp – standing for ‘pre-composited texture’ – is mapped to all the texture and/or content inputs of the composition. www.disguise.one