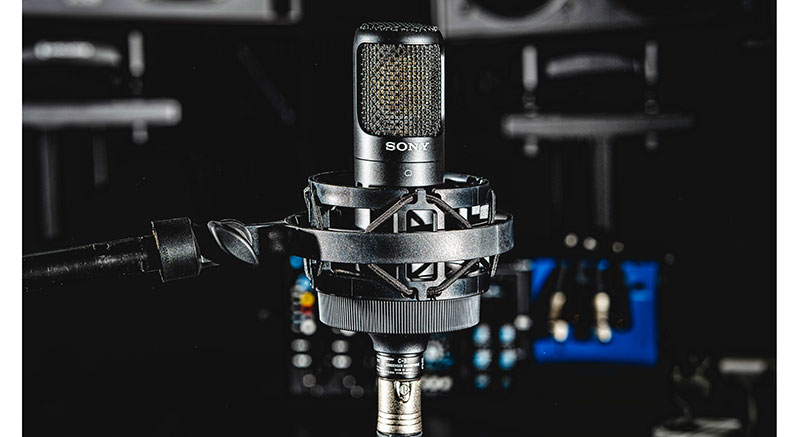 Sony’s new C-80 microphone for studio recording is a uni-directional condenser microphone that suits vocal and voice applications, instrumental recording, vlogging and podcasting. Based on the design of the earlier Sony C-800G and C-100 microphones, it uses the microphone capsule derived from the C-100 and the two-metal body construction used in the C-800G.

Tight, rich mid-range capture results in a vocal sound with a clear core and presence, allowing vocals to stand out even when mixed with other instrumental sounds. Clear, natural vocal recording is enhanced further by suppressing boomy low frequencies and noise when close to the microphone. The characteristics of an instrument, such as the sound of guitar strings and the resonance of the body, are also realistically reproduced.

The new C-80 will be initially available in Europe from November 2022 and joins Sony’s line of professional audio products including the MDR Series of headphones, and wireless microphone systems such as UWP-D Series and DWX Series.  pro.sony/audio