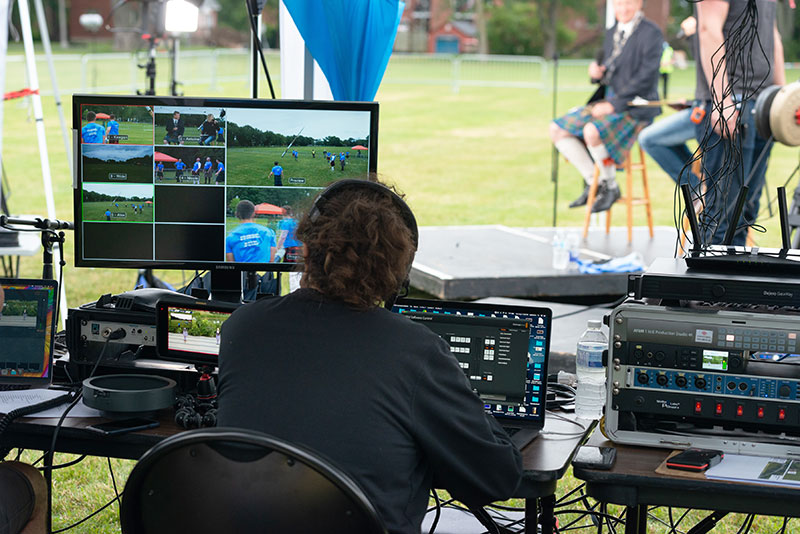 Scratch Takes audio-visual production company in Montreal specialises in music and event productions. Starting out in the music industry, Scratch Takes has always aimed to translate an artistic vision from concept to reality, and prioritises storytelling. Over time, the company has expanded its services to include videography, event capture, live-streaming and post-production.

In 2021, Scatch Takes was hired to film and live stream the events of the Montreal Highland Games. The competitions took place at their usual venue – the grounds of the Douglas Mental Health University Institute – although no spectators could gather. The Games may represent a niche market in Canada, but they stir considerable anticipation every year. Athletes have competed in various Highland games in Montreal since 1855, and the University has hosted the event since 2017.

As a live stream, the 2021 Games had a special significance both for the organisers and for Scratch Takes. Athlete Jason Baines was to attempt to break a Guinness World Record, which would mean performing over 121 caber tosses in one hour, and his attempt was to be live streamed to the Games’ YouTube audience. Furthermore, Scratch Takes’ team had missed out on the live action in 2020 when, due to the pandemic, the Games had to be entirely pre-recorded and uploaded afterwards.

The Montreal Highland Games have taken place at the same site in Montreal for the past five years. While ideally suited to accommodate spectators, from the point of view of video production and live streaming, the university hospital grounds presented several challenges. Filming outdoors was an issue due to lack of power sources or cabling long enough to cover the event. Coverage of the Games required five wired cameras tethered to Scratch Takes’ switcher – one for the host talent, two photo cameras and two wide cameras – with one more camera on a baby jib for backup.

These challenges were relatively straightforward to solve with physical hardware. The biggest potential issue was connectivity. During the pandemic, live streaming had become a significant, expected element of almost every event, including the Highland Games. However, though most of Scratch Takes’ client productions take place at venues with abundant hard-wired connections, the grounds had no fixed lines.

Also, as a remote site, the venue was without reliable connectivity, and tapping into the hospital grounds’ Wi-Fi wasn’t possible for security reasons. Nevertheless, for live sports coverage, nothing can be left to chance. Aware that their client was expecting high quality, uninterrupted connectivity throughout the event, the team made a lengthy search into what was available on the market to meet their requirements. 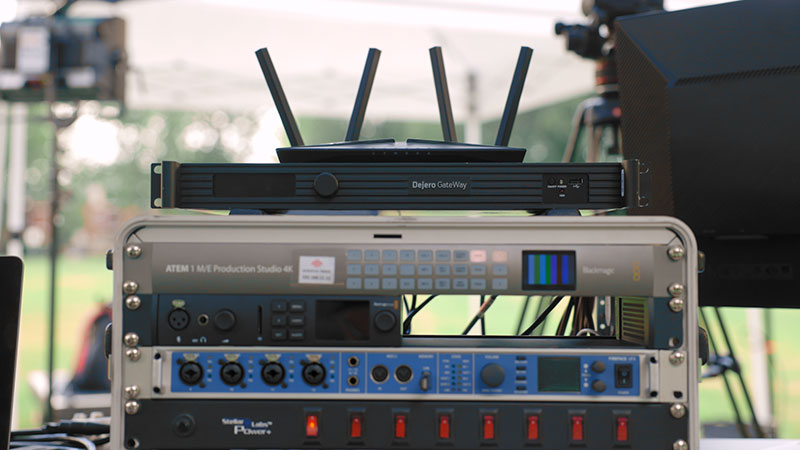 They eventually approached Dejero with a request for stable, redundant remote connectivity across fully wireless networks. As a result, Scratch Takes acquired and learned to use a Dejero GateWay M6E6 network aggregation device to establish a reliable uplink. This experience has also expanded the company’s wider understanding of live streaming outdoor events or from venues with limited connectivity.

Since Scratch Takes couldn’t access the Douglas site Wi-Fi, the GateWay created a ‘network of networks’ by blending cellular connections from all three network providers. Because the individual connection paths have their own characteristics, the GateWay measures the fluctuating bandwidth, packet loss and latency differences of each connection in real time, which Scratch Takes monitored via a laptop onsite at the venue.

The GateWay dynamically rerouted and distributed packets across all three network providers to maintain maximum connection speeds. At the same time, it automatically created redundant transport networks to protect against network congestion. 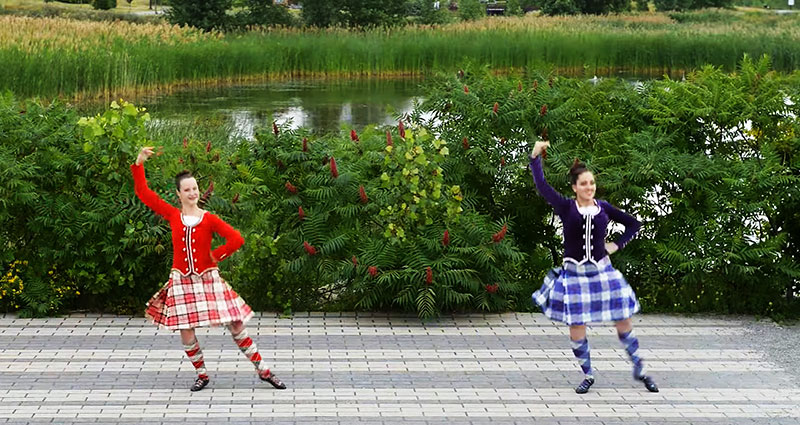 GateWay’s automation was important to John Castillo, technical director of Scratch Takes. “Dejero’s connectivity made my life easier by simply not having to worry about it,” he said. “It integrated into our workflow in the same way as a wired connection and felt as though we were connected to a fixed network.”

Scratch Takes gained access to all of their devices from a standard browser via Dejero’s Control cloud management software, allowing them to keep a check on connectivity in real time. They remotely configured devices and set alerts, and viewed detailed analytics on data usage and performance.

“A stable connection was our primary concern at the Highland Games,” said Caylamina Roberts, producer at Scratch Takes. “Earlier on, we had the idea that Dejero would be out of our reach in terms of budget and specifications. But we found that not only did the GateWay supply the necessary connectivity, it was affordable and Dejero’s customer service was always available to help. It was refreshing to deal with people who took the time to understand our specific needs.”

Dejero gave Scratch Takes the uplink capacity to deliver uninterrupted live coverage of the entire event to the Montreal Highland Games’ YouTube channel. The live stream was watched by over 1,500 viewers. The mix of pre-recorded and live hosted content meant that the Montreal Highland Games generated viewer donations of $6,000 for the Douglas Foundation’s ‘Building Hope’ campaign. 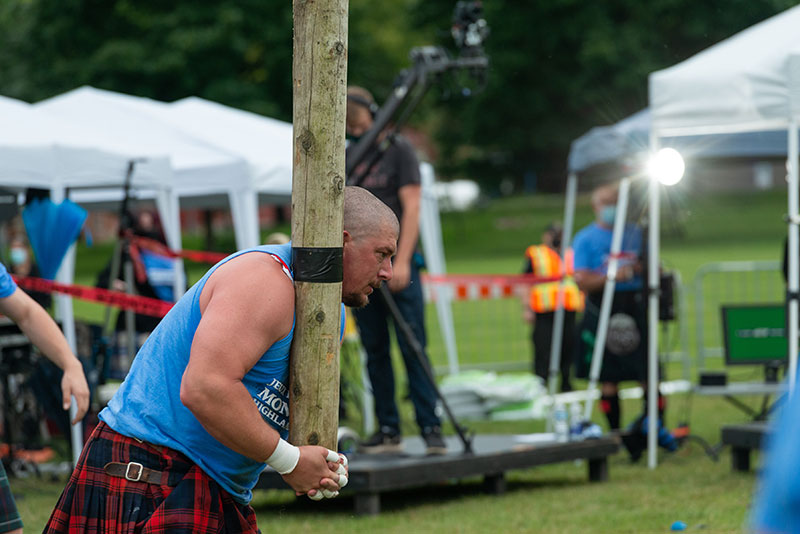 Viewers were also able to watch Jason Baines smashing the previous Guinness World Record of 121 for the most caber tosses in one hour, throwing the 20ft caber a magnificent 161 times.

The Dejero system brought one more unexpected benefit. The GateWay can also be used for general-purpose applications such as voice, data and broadband connectivity in remote locations. So when Scratch Takes needed to make a last-minute software update onsite, they were able to download it from the internet before going on air.

Apart from solving their immediate connectivity problems, John Castillo considers that GateWay has given the company a new revenue stream. “Dejero has expanded our horizons when it comes to live streaming outdoor events or from venues with limited connectivity. Knowing we can tap into resilient internet connectivity gives us the confidence to take on contracts that we would have previously turned down, and to promote our services to a broader client base,” he said. www.dejero.com