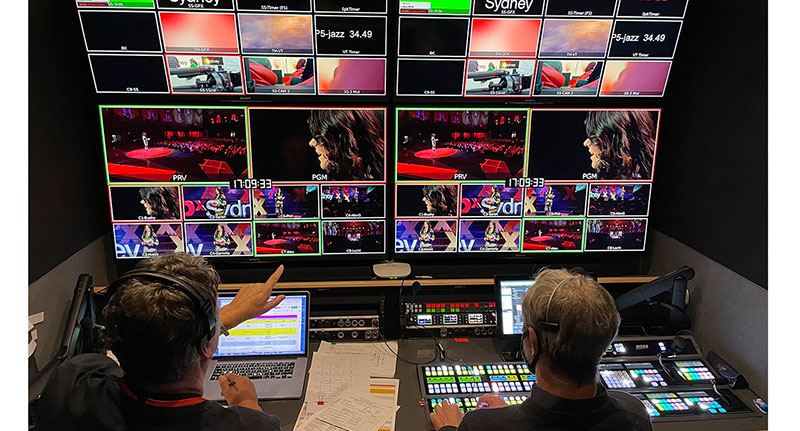 Live event producer Innovative Production Services has gained wide-ranging experience over its 25 years working with bands, theatre, TV, art and performance. But since Covid, the company had to adapt to changes among their clients and their audiences, and now specialises in large corporate events.

Innovative’s director Jeremy Koch said, “We set up a trial studio in our factory that we redesigned into a 750m2 professional sound stage. This new studio now accommodates our work well, after customising and upgrading our gear in specific ways to match the standards that our customers, staff and contractors were used to working with at Innovative. One of our initial purchases was a Ross Video Carbonite Black SOLO 1ME switcher for the studio, a compact device capable of handling many tasks from within a small form factor.”

The split system refers to the Carbonite Black SOLO’s MiniME resources for event production or secondary outputs. Each of its two MiniMEs has two keyers of its own that remain assignable throughout the channel stream, and are useful for multi-layer effects, unique outputs or multi-screen processors for a live event.

After devoting a successful 18-month run to studio work, they had the chance to purchase and fit out a broadcast truck, a step they had been considering for some years. So far, it has significantly widened their opportunities for studio broadcast work and live hybrid events.

“Whatever products we chose to equip the truck with needed to work with our current workflows and also allow for upgrades and changes as required,” Jeremy said. “Flexibility is essential. We look for pieces of equipment that are flexible, innovative and talk to each other easily, and that are able to run on control systems that are all part of one family.”

Now and Into the Future 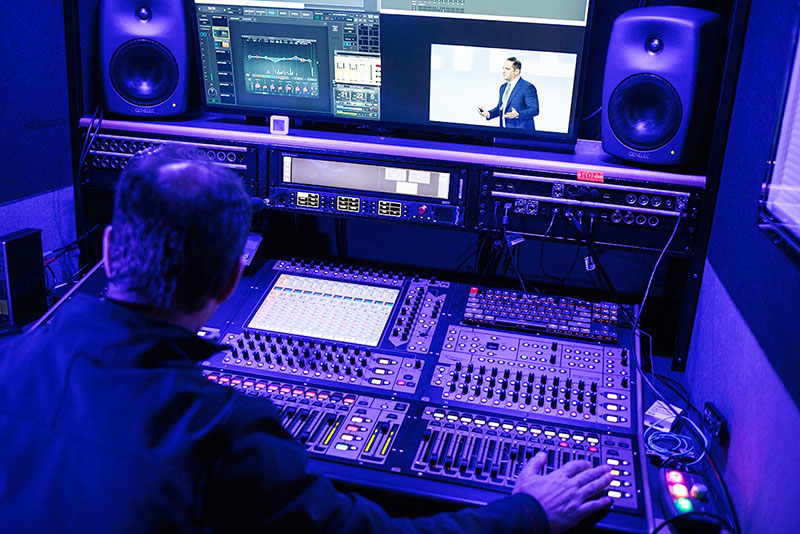 After evaluation and assessment, Innovative chose to purchase further Ross gear for the new vehicle, including a Ross Ultrix Carbonite switcher, Ultrix FR5 12G-SDI video router and several other products and systems.

“We wanted something that would work for us now and into the future. This was probably the single biggest requirement that led us to Ross, and to the Ultrix Carbonite in particular. The truck’s components needed to operate with as much simplicity and compatibility possible, not only in technically but also in terms of ease of use, training and troubleshooting for the staff and contractors,” said Jeremy.

“Starting now with 12G-SDI, the common signal format across our team, means that everything works instantly for us and it also supports 4K workflows. Also, with the Ultrix system, if and when we need to jump to ST 2110 operation, we can do it by swapping out an IO blade – and that’s pretty cool.” Furthermore, the Ultritouch Panels and TouchDrive panel all receive updates regularly to add new functionality.

The first two tests for Innovative’s new truck were at IBM Think and TEDx Sydney. At the IBM event, the truck was in full live event mode, serving as the technical hub of the entire show. All camera feeds came back to the truck as they would in a typical broadcast set-up, but at that point, the similarities ended -- Innovative could also use it to handle the main switch of all cameras and content both for the monitoring screens at the venue and the live stream.

Jeremy said, “We ran all playback for the show, such as videos, audio stings and presentations, and fed the live event outputs from the truck. These live feeds included projector SDI video for the main screens, plus foldback, side of stage and lighting monitor feeds. The main broadcast live stream of this event ran from the truck as well.

“At this event, Ross Ultritouch panels with DashBoard switched all the KVM stations. The two graphics positions, for example, relied heavily on these touch panels and ran very successfully.” DashBoard is an open platform for facility control and monitoring. It is used to build CustomPanels, which are custom interfaces for other workflow devices that can be tailored to simplify complex operations. 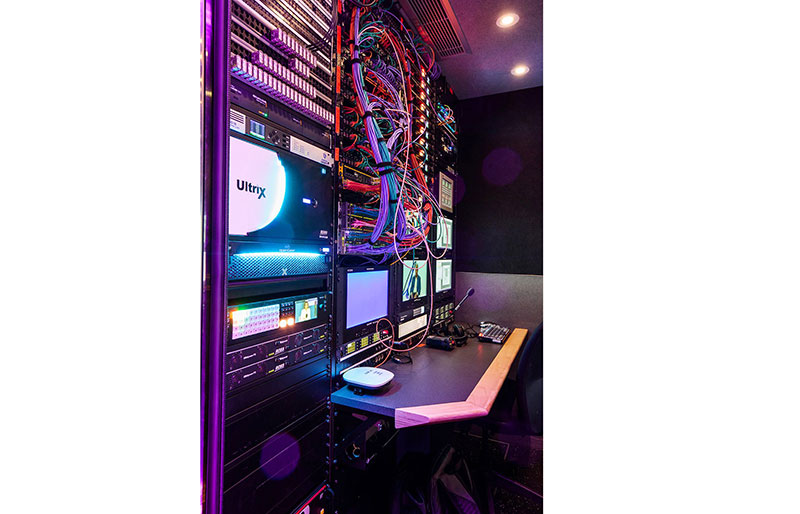 For TEDxSydney, an event Innovative works on every year, the team focussed the truck purely on a broadcast role. It was also the first year they felt confident enough to handle the show’s complex broadcast requirements directly, on their own. They believe that establishing a reputation for quality and reliability is essential for the success of their new truck.

Jeremy said, “A factor that has been critical to the success of these projects is the control of the KVM system. As at the IBM show, the Ultritouch Panels with DashBoard have been a critical part of how this works as well. We use custom commands and scripts from the DashBoard buttons to interact with whichever PC or Mac we’re controlling in the truck. We can also control the lighting in the venue from the Ultritouch panel.” www.rossvideo.com