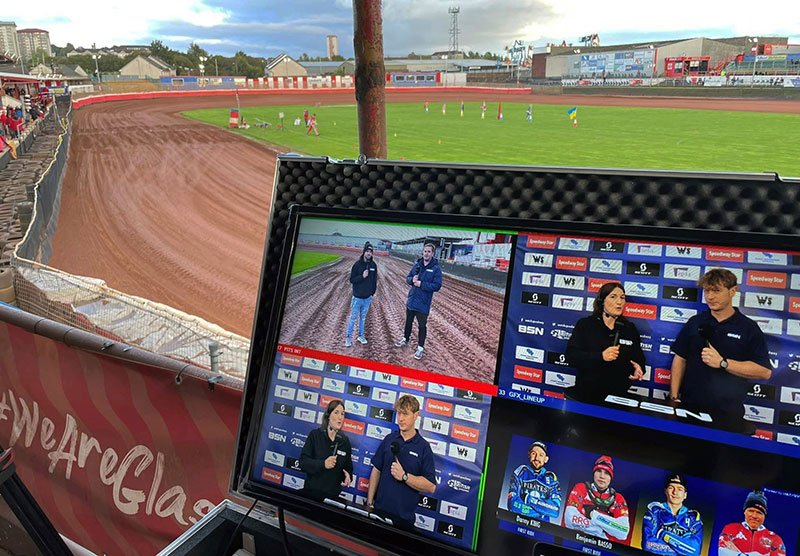 To those unfamiliar to the sport, British Speedway isn’t immediately appealing. Speedway bikes have a single gear, no brakes, a clutch and 500cc engines that run on methanol fuel. They race around 300m circuits and although they can accelerate to 60 mph faster than a Formula 1 car, to negotiate tight corners at high speeds the riders must bring the rear wheel out and initiate a skid. Nevertheless, Speedway has a long colourful history and many loyal fans across the UK.

The co-owners of ExStream Media, Martin Hunter and Ben Duffill in Middlesbrough also have a long relationship with speedway centred on their local track, where they work and volunteer. As their relationship grew over the years, Ben considered options for live streaming speedway races from around the UK.

Martin said, “More recently I started to help Ben and Redcar Speedway out by doing some graphics work and developing their social channels. When Ben approached me about live streaming races after some clubs had shown interest, we looked at ways to satisfy fans while also creating a sustainable business.”

British Speedway’s top league of three receives very good coverage through Eurosport and Discovery+, which also has the rights for the lower tier leagues. Ben and Martin were interested in delivering more coverage of these lower tiers for fans. The leagues were happy for ExStream to work with the clubs to determine what was desirable in terms of live streaming. 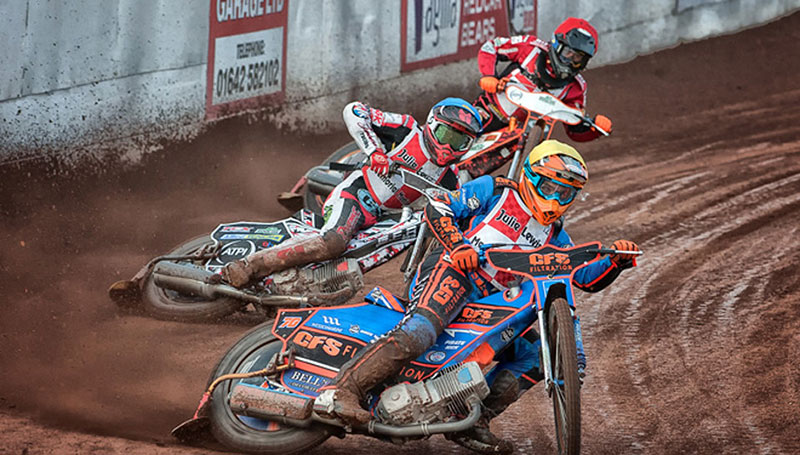 Determining the best means for ExStream to cover races around the UK meant dealing with wildly varying parameters in terms of live streaming. The company developed its technical setup using multiple cameras on-site fed into a vision mixer and then streamed live via a CDN.

Martin said, “We knew that there would be connectivity issues but given the risk we were taking, we also needed to keep equipment costs to a minimum. Although we were using an IP system, it was low grade and we had many occasions when image quality dropped to an unacceptable level, which was especially hard given that we are a subscription service. Then one evening while trying to cover an event our whole system collapsed, failing completely.”

At that point, in order to continue as a viable business, ExStream Media decided to turn their full attention to improving the quality and reliability of its streaming output. As a result, the company has deployed LiveU’s compact LU300S field units. ExStream had been aware of LiveU earlier on. Initially they thought the equipment would be too high-level for them, but various camera operators on their travels pointed out the quality LiveU’s devices can achieve, and they re-considered.

Martin contacted LiveU through LinkedIn and, receiving a very quick respose, was able to purchase a unit in time for race events over the coming weekend.

“The LU300S works exactly as it promises to do,” he said. “We needed to save our business, to be blunt, and this device has been essential. Now, when we turn up, wherever that may be, we simply turn it on, set up the rest of our gear and off we go. We don’t have to worry about connectivity at all and this has completely changed our approach to covering events. It means we can concentrate on creating better content to keep the subscribers happy, which was our original intention.”

Weighing just over 900g, the LU300S achieves resilient bonding in a compact, lightweight portable unit, supporting up to 30 Mbps via up to six IP connections based on LiveU’s HEVC bonding system. The LU300S sends the mixed feed to a LiveU cloud server, and then on to a CDN.

Malcom Harland, UK Country Manager with LiveU, said, “Many people in similar situations to ExStream find that minimising the cost initially, becomes a false economy later on. The end product has to work, and work well, otherwise subscribers churn, and revenues and reputation falter. The LU300S is well suited to these kinds of streaming operations – it is effective and compact and has a strong advantage when it comes to image quality and signal resilience.” www.liveu.tv