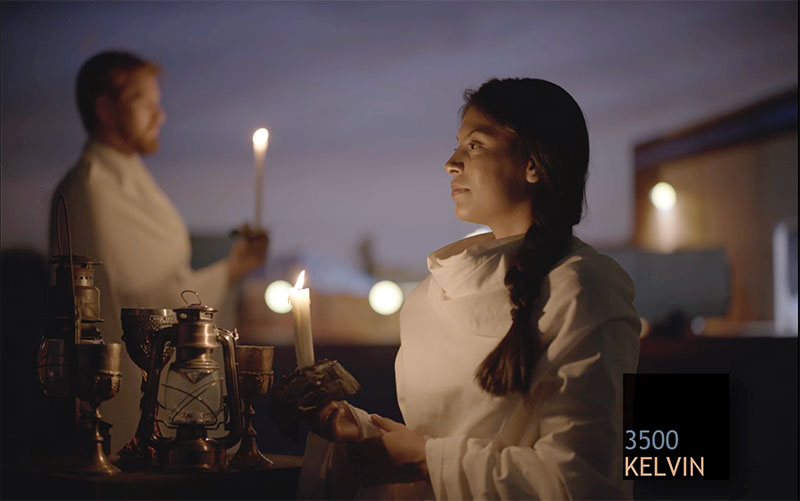 Artists and developers at creative agency 3500 Kelvin design and create immersive content for LED displays in film production and live and virtual event experiences. Located in Phoenix, the company operates Arizona’s largest virtual production LED volume, which has more than 15,000 sq ft of capture space. Its customers range across industries ranging from film and music to corporate, concert touring and experiential marketing.

“Companies are realising that stage presentation backgrounds can involve much more than a simple logo. They can deliver an immersive experience,” said Walter Schulz, Partner and VFX Supervisor / Virtual Stage Supervisor at 3500 Kelvin. Founded in early 2020 in partnership with live event company Murray Scott Production Services (MSPS), 3500 Kelvin began as a place to explore virtual production with LED panels and work in the emerging space. The two companies remain linked and share equipment – MSPS focusses on live event touring, and 3500 Kelvin on virtual production and content development.

“Because we’re still heavily involved in live events, we often have to supplement our own tiles and equipment to accommodate large scale events. Using Brompton’s image processing eqipment, we can quickly calibrate and remap tiles even if they originate from multiple batches, which is a tremendous help. You can calibrate each tile individually if necessary. I don’t know another processor that does it nearly as well or as fast,” commented 3500 Kelvin Founder Mac Jeffries, who works as Virtual Production Manager and Production Designer.

“We also like being able to physically see markers on the LED wall itself when working with Frame Remapping.” Frame Remapping makes multi-camera shoots possible for virtual productions by allowing multiple cameras to each see and record different content when viewing the same LED screen at the same time. 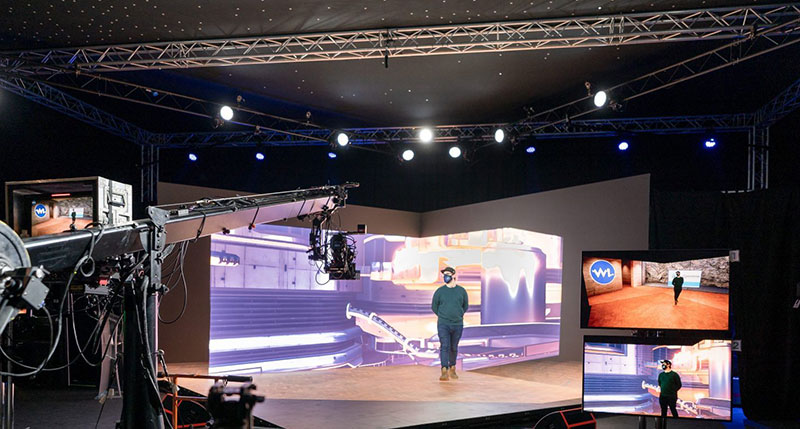 Normally, camera tracking is essential to update the perspective of the digital content on the LED screen as the camera follows the live action in front of it, creating the illusion of shooting in a virtual location. But tracking means the scene only looks correct for one camera, since the effects will only have been rendered for a single camera’s perspective. Any other cameras on the set would see the background from the wrong angle and break the illusion.

Frame Remapping uses Frame Rate Multiplication to overcome this limitation and enable multiple cameras to each see a background specifically rendered with the correct perspective, even though the cameras are located at different positions and are all viewing the same LED screen.

Frame Rate Multiplication refreshes the LED screen at a frame rate that is several times faster than the camera’s frame rate to make sure that it records a complete image every time the shutter opens. Frame Remapping takes advantage of this ability. The user can display two (or more) different inputs at synchronised frame rates and then specify which one to use for each of the additional frames.

To observers on set, the different content will look superimposed, but a camera that is genlocked and set to the appropriate phase offset is able to capture only one of the content streams. The cameras can be edited and cut together in post as usual. 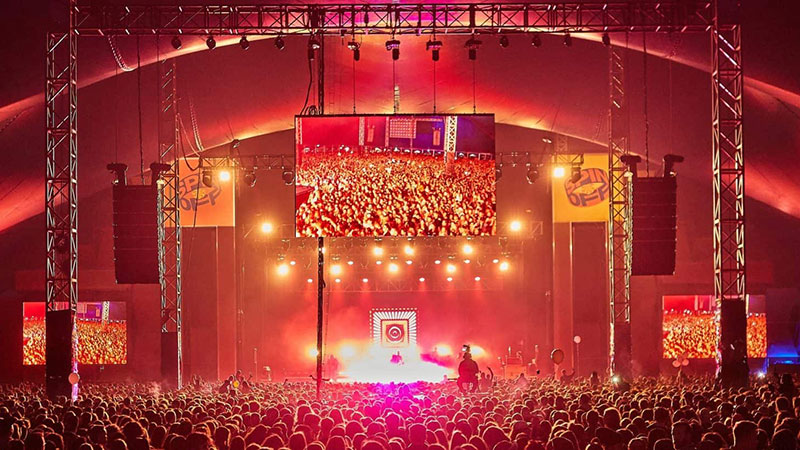 It is also possible to interleave frames of any solid colour, which opens another possibility. Either black frames can be inserted to reduce motion blur, or blue or green frames can be inserted so that separate cameras can be used to capture both a virtual background and a matte background for keying in post. This enables multi-camera shoots to be realised on a virtual production set.

Mac said, “We have also found that Brompton works directly with our other workflow components like Mo-sys motion tracking and ROE LED panels. Once you have built a virtual stage, micro shifts can occur. Eventually you notice small displacements along the tile seams and need to re-align the edges between the tiles. Brompton allows you to connect edges precisely to make the tiles seamless, without having to take the wall apart.”

“When working on projects with camera tracking, using Brompton’s Ultra Low Latency has helped us tighten the latency gap that persists in virtual production shots. By reducing system capacity, Ultra Low Latency has become another option, reducing the end-to-end latency to just one frame. Without it, we would need to limit our clients’ creative vision and movement.”

As well as Brompton’s Tessera SX40 4K processors and an XD Data Distribution Unit, the 3500 Kelvin team uses Tessera processing software, and recently upgraded to version 3.4 with the new Extended Bit Depth feature. At low brightness levels, this update brings out additional detail and nuances in dark areas of the image while also reducing visual artefacts. It adds bits of precision depending on panel capabilities, video framerate and the camera shutter angle, for example. It also increases the number of low-end brightness levels and the number of colours.

As a result, the LED panels can deliver the performance of panels with higher bit depth, allowing the studio to light and capture more authentic night scenes in-camera instead of shooting day-for-night. 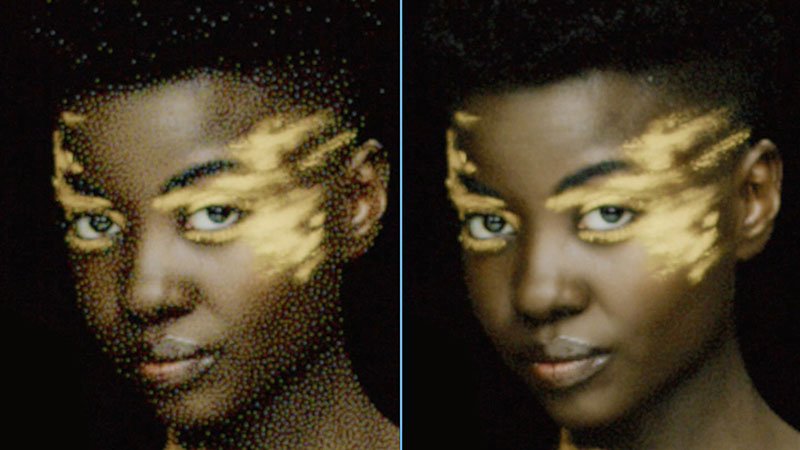 Walter said, “When I first started experimenting on the virtual production stage, I had a small volume and tried to push its capabilities. I created a series of environments including a night scene, but found night scenes counteract the full effect of your low light, because the panels are dark and contribute little light to the set. I couldn’t get the panels to respond correctly, even though the values were correct in the processor.

“Now, we have an upgraded system with Tessera v3.4 software and a much larger stage, so we recently did a low light test. We went outside during sunset and magic hour and shot a scene with two actors holding candles, and then moved to the LED volume and tried to push the limits of replicating that reality, with the goal of making the exterior and LED shots identical. We succeeded because we could make adjustments to every aspect -- camera ISO, focus, panel brightness and more.”   www.bromptontech.com