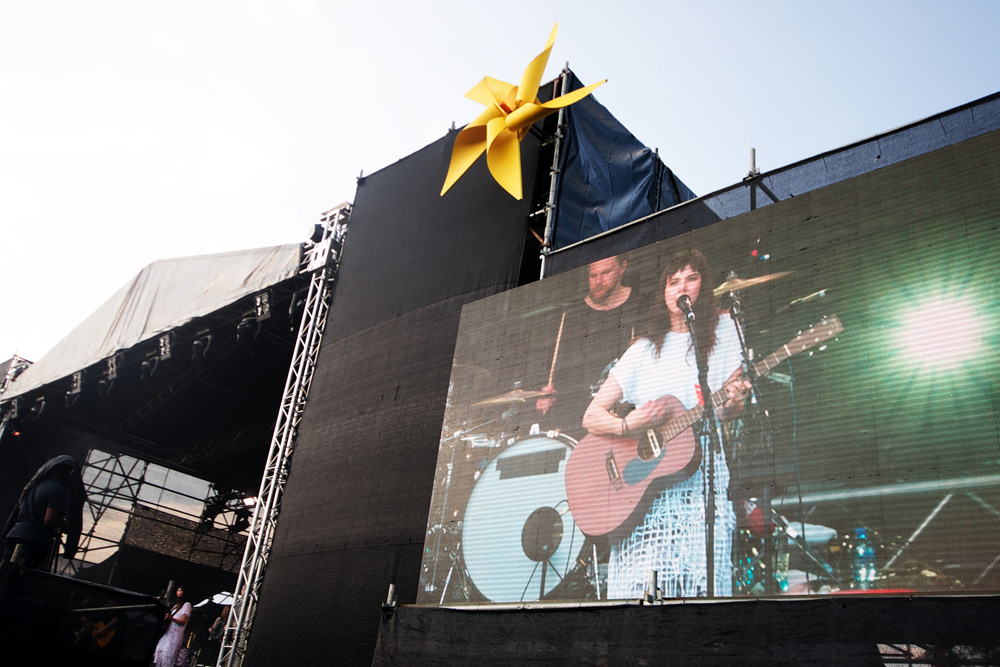 Six cameras were used to cover all of the live performances during Sowing the Seeds 2016, including the headline bands Of Monsters and Men from Iceland and Jungle from the UK. Acquisition consisted of two Blackmagic cameras front of house and two more dolly mounted cameras in the pits. With a Studio Camera 4K on stage, the production crew also employed Blackmagic’s Micro Studio Camera 4K to help capture detail shots. 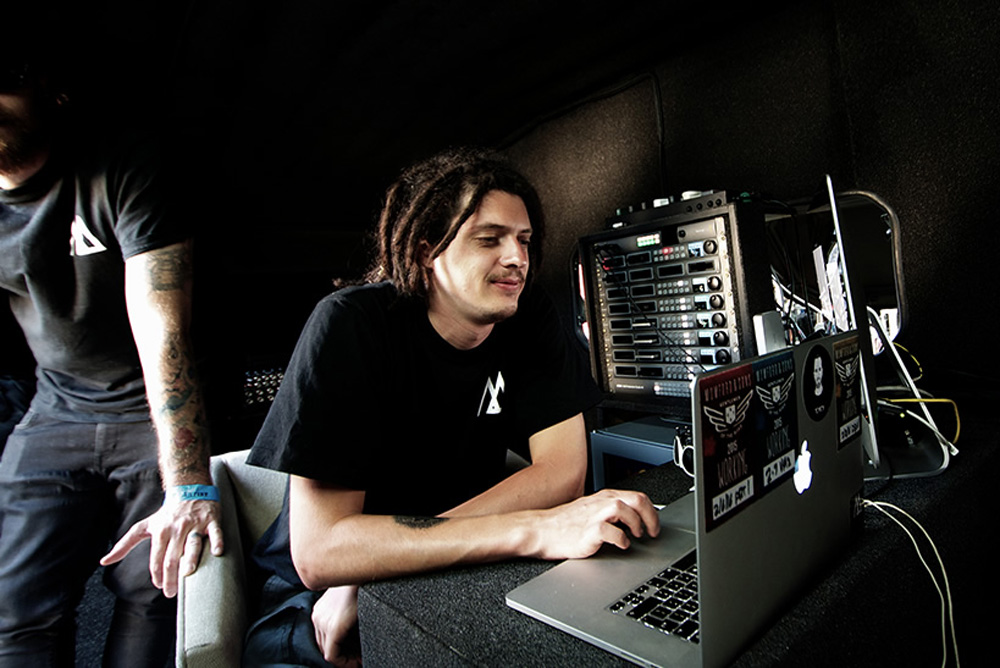 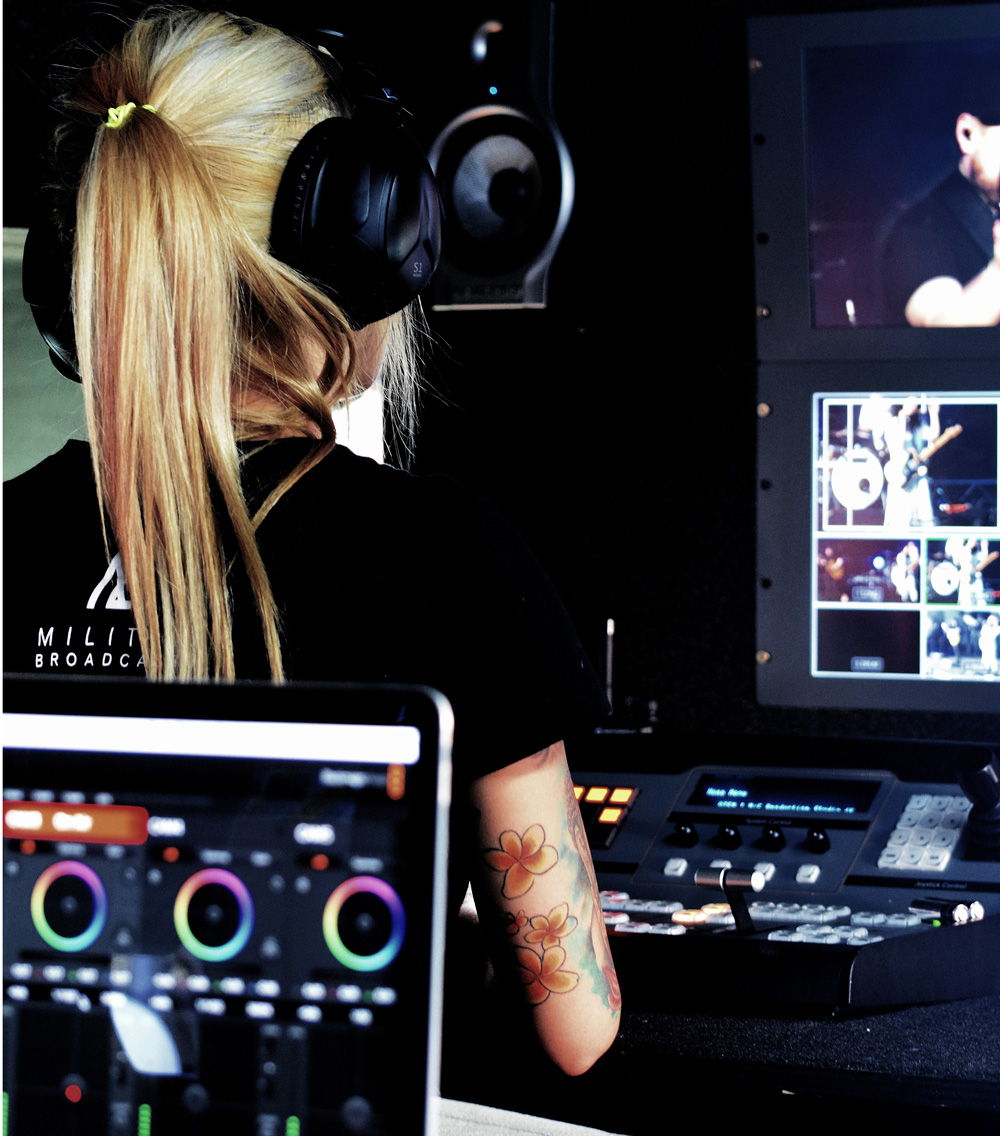 Using the smaller Micro Studio camera, live directors were assigned to specific performances and were able to capture small details including close ups of a drum kit and snares or shots of hands to augment the live program mix they produced. Each camera channel is sent back through two ATEM Talkback Converters 4K to an ATEM 1M/E Production Studio 4K switcher. Director Sarah Chu, for example, was responsible for Monsters and Men’s live to screen video. On the switcher, she cut the live program and fed the video back out to two 5x4m LED panels at either side of the stage.

Militia’s Founder Eban Oliver said that the bright sun of an African winter during an all-day live event presented his crew with some challenges. “There was a lot of direct sun to the front of the stage, particularly at midday,” he said. “But by the time the festival had wrapped up, the stage was in total darkness.” 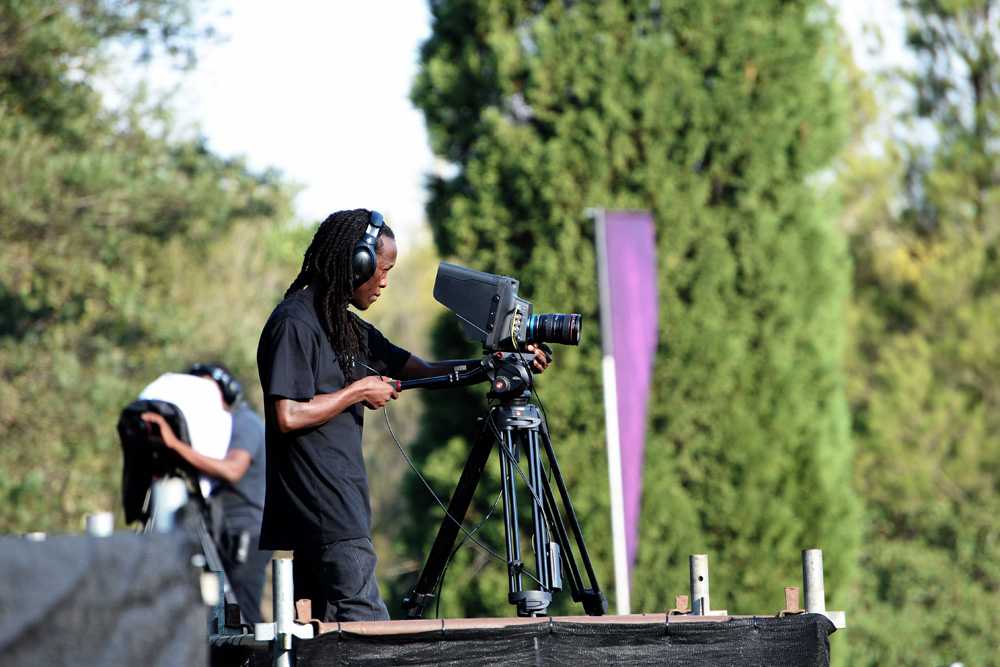 Militia Broadcast overcame this problem for the directors producing live to screen content through the use of look up tables in DaVinci Resolve. “We’ve built up a whole library of LUTS that we can use to compensate for lighting changes on the fly,” he said. “We use DaVinci Resolve to create them and then, based on the time of day and conditions, we are able to upload a LUT from a central position. Having this facility means the operators can stay focused on the shot.

“You only ever get one chance at recording this kind of event and so it has to be good. You can't afford for anything, technical or otherwise, to go wrong. The Blackmagic kit has been extremely reliable, and due to its modular design we can now transport the gear required for any multi camera production to a site, lay a single piece of fibre per camera and we are ready for action.” www.blackmagicdesign.com