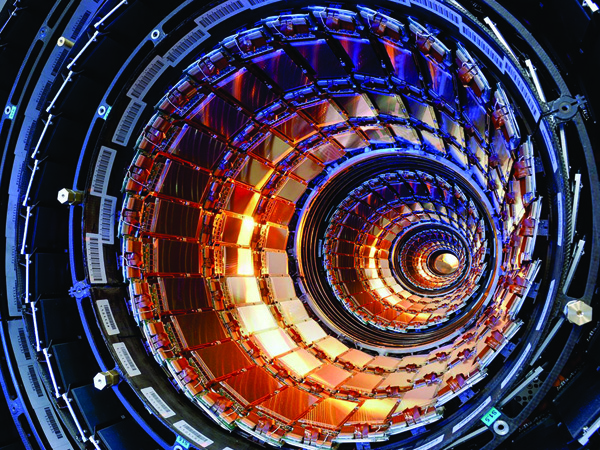 Established in 1976, National Instruments (NI) develops graphical software and modular hardware systems for more than 35,000 enterprise customers. Engineers and scientists use NI’s systems to help design, prototype and deploy measurement and control systems used in product and instrument R&D around the world.

NI facilitates and accelerates round-the-clock development by synchronising large software builds between dispersed teams from its centralised data centre in Austin, Texas.  Synchronisation is important because about 6,000 end users dispersed around the world need access to NI’s code bases and software builds. This includes 2,000 developers that continue working on the code, product and test teams that need to access exports and installers, and sales and marketing teams who access full release packages.

To maintain an efficient and continuous development cycle, all updates to the code base from any of the remote sites need to be synchronized with its central data centre,  then synchronized back out to the remote offices. Synchronisation is done via Aspera's high-speed transfer systems, based on their FASP protocol. Owing to its speed, the Aspera deployment has made development timelines and costs more predictable, and also reduces the risks involved in delivery. NI can be more responsive to customers and, ultimately, develop products and new functionality faster. 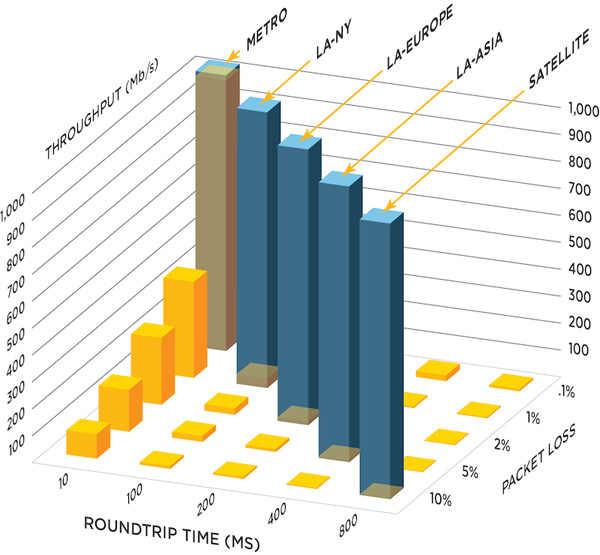 Earlier on, however, HTTP-based data transfers had been less reliable and sometimes forced teams to wait several days to receive and work on the software builds, limiting their output and increasing customer response times. NI’s code repository had grown to more than 300 Tbs, with each file ranging from 1 KB to 32 Gbs in size and averaging 0.5 MB.

The company looked for a very scalable, fast system that would support reliably and securely transferring up to 100 software builds each day and automate the delivery of updates to the code base across distances every few hours.

The Aspera High-Speed Transfer Server software was deployed for a proof-of-concept in NI’s Austin data centre and three remote locations where many developers were located – Cluj in Romania, Penang in Malaysia and Bangalore, India. Results of the test showed that Aspera was able to reduce the synchronisation process from two days down to two hours, which is a 95% reduction.

The NI and Aspera teams then worked together to customise a system for multiple-site data transfer and synchronisation. This development allowed large software builds to be quickly, securely collected and distributed, even in countries that have restrictive network security and firewall policies and that are prone to high congestion, latency and packet loss. 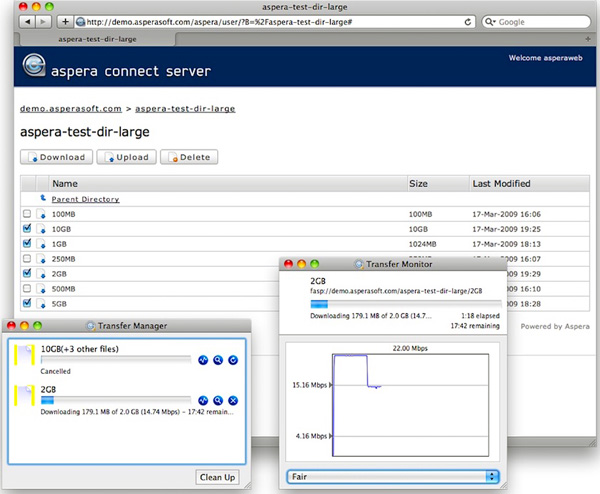 The Aspera transfer server software with Aspera Sync, which transfers data at full bandwidth capacity regardless of distance and network conditions, is now deployed in 17 of its remote global locations, and hasn't required changes to NI’s R&D workflows. The team can centrally monitor and manage the entire transfer environment using Aspera Console.

With Aspera, NI R&D teams can work continuously on the latest software builds. Over the last 18 months, the build process was shortened from an average of four days down to four hours. The teams are able to be more responsive to customers and can progress more quickly as a result of the predictable delivery timelines and costs, and due to reduced risks previously associated with the development build process.

For example, even though the Aspera system wasn’t originally deployed as a disaster recovery software, it helped address a critical, unexpected problem involving a system failure just prior to quarter close. Using Aspera, NI quickly recovered all its files in hours versus the typical four day recovery time, enabling it to meet its critical shipment deadline and recognise quarterly revenue.

Dave Shilling, IT Infrastructure Manager, National Instruments said, “For a global company of our size, going from concept to a fully-deployed solution in just eight months, despite the complexity of our IT infrastructure, is a testament to how flexible, reliable and manageable it is to work with the Aspera software.”   asperasoft.com