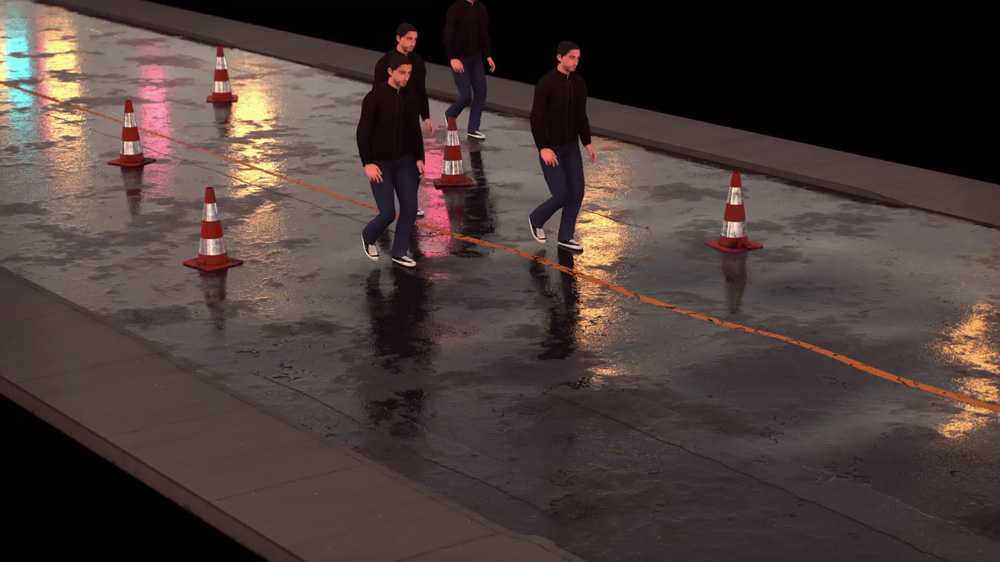 SideFX has released Houdini 15.5 to improve the modelling workflow, with more accurate crowd controls, a new VR lens camera for rendering to standard formats and support for third party rendering in Houdini Indie.

Modelling tools such as PolyBevel, PolySplit and Dissolve have been rewritten with extra functionality and attention to ease of use. Retopo tools now have splitting, straightening, edge loop and brush tools for positioning and relaxing points. New straighten, distribute points and make circle options are now available when editing points. 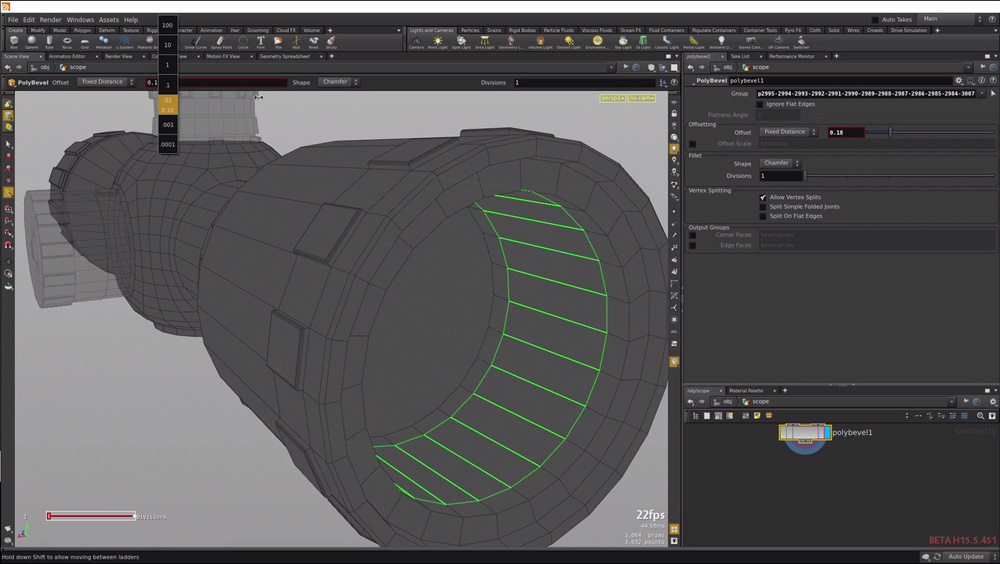 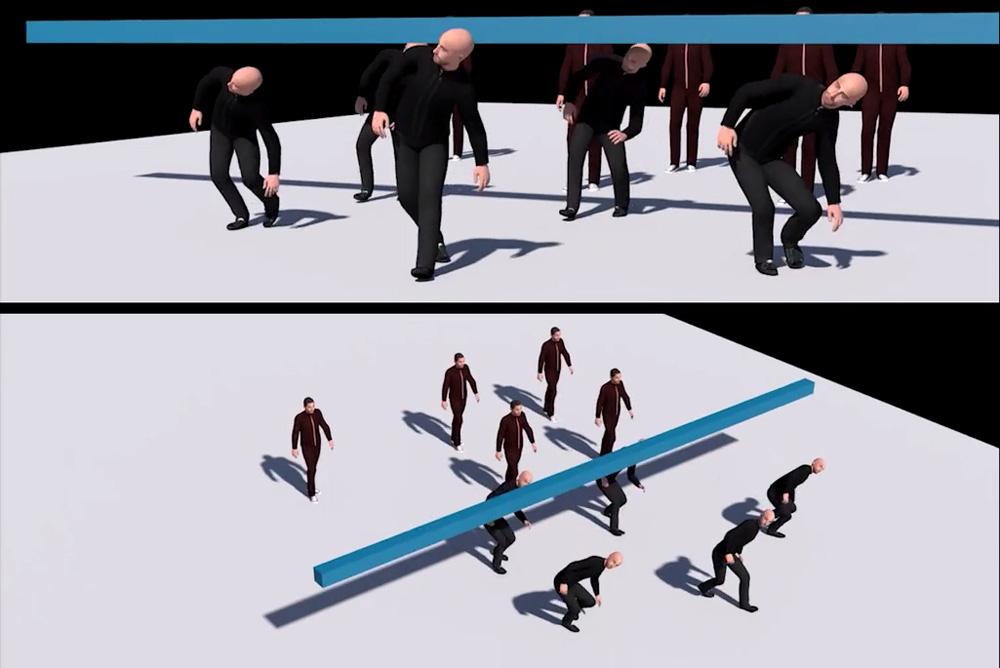 The crowd tools include better locomotion controls and more sophisticated crowd steering, with more accurate foot planting and adaptation to terrain. The new Mocap Biped 3 has a library of diverse motion clips. For a smoother crowd workflow and better integration with other applications, agents can be imported directly through FBX, with redesigned shelf tools. 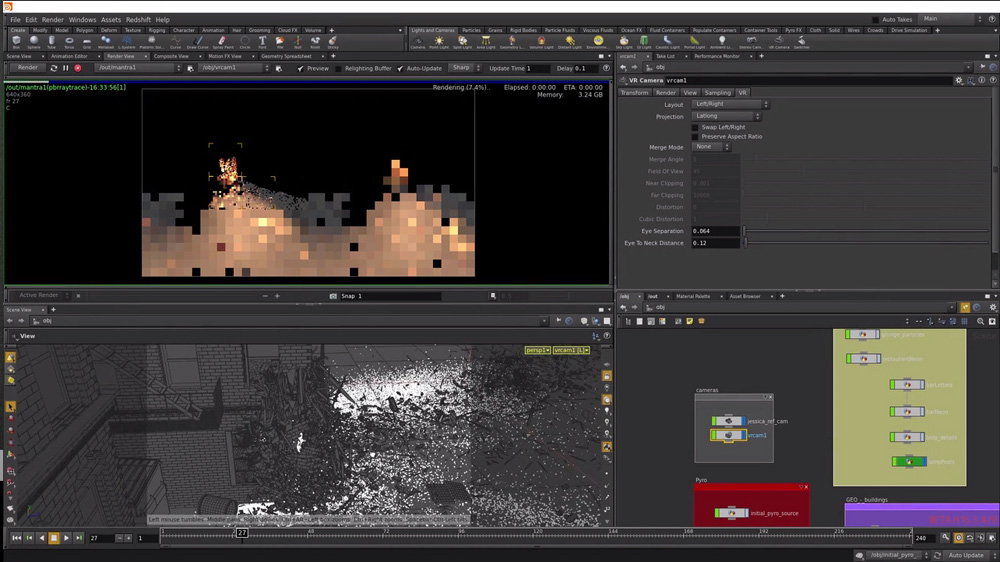 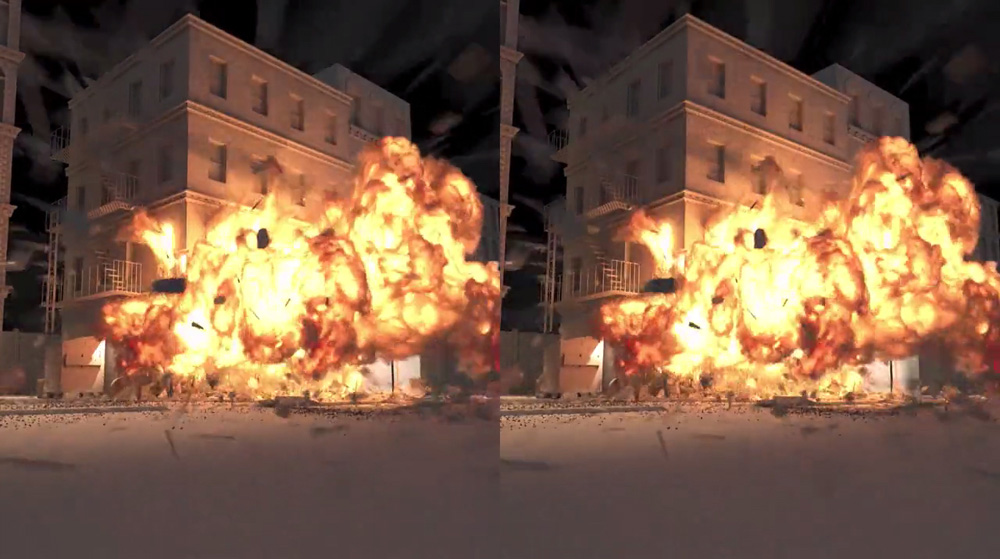 A new VR Camera is added, based on a VR lens shader and used to render VR images to forms such as Latlong spherical projection, perspective Cube Map or a stacked Cube Map 3x2. Cube map formats may help overcome image distortion and viewpoint dependency and improve on aspect ratio. The camera lets you set the eye separation and eye-to-neck distance, and can be used to render to Houdini’s Mantra renderer. 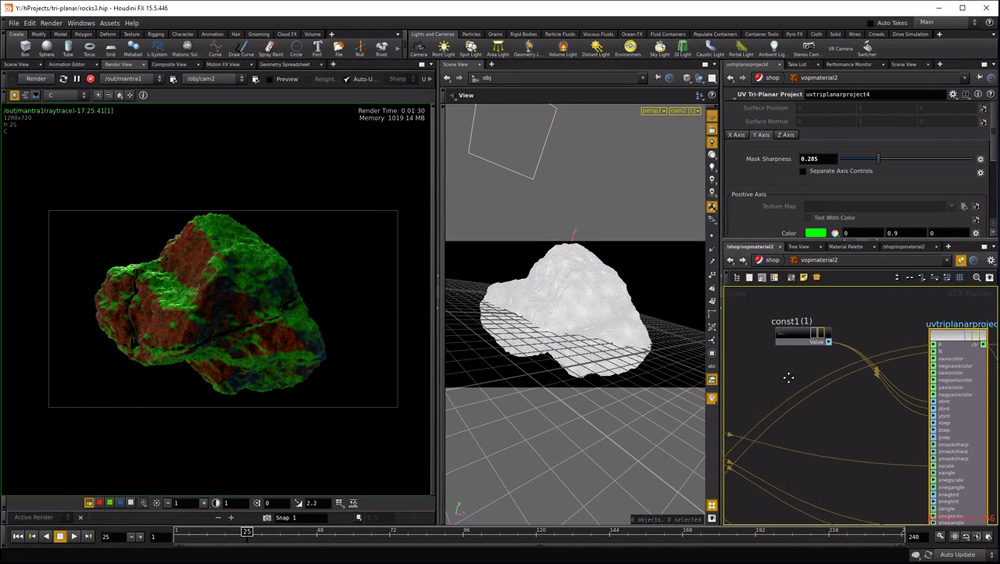 Houdini 15.5 also includes third party rendering in the Indie version, supporting RenderMan, Arnold and OctaneRender in lighting pipelines along with the Mantra renderer. Houdini Indie support will also be available for V-Ray, Redshift and Maxwell.

DeltaMush is a new node for use in character rigging to smooth out or relax the effect of point deformations, by using a copy of the geometry before it was deformed. This may create better deformations in areas where extreme bending occurs. 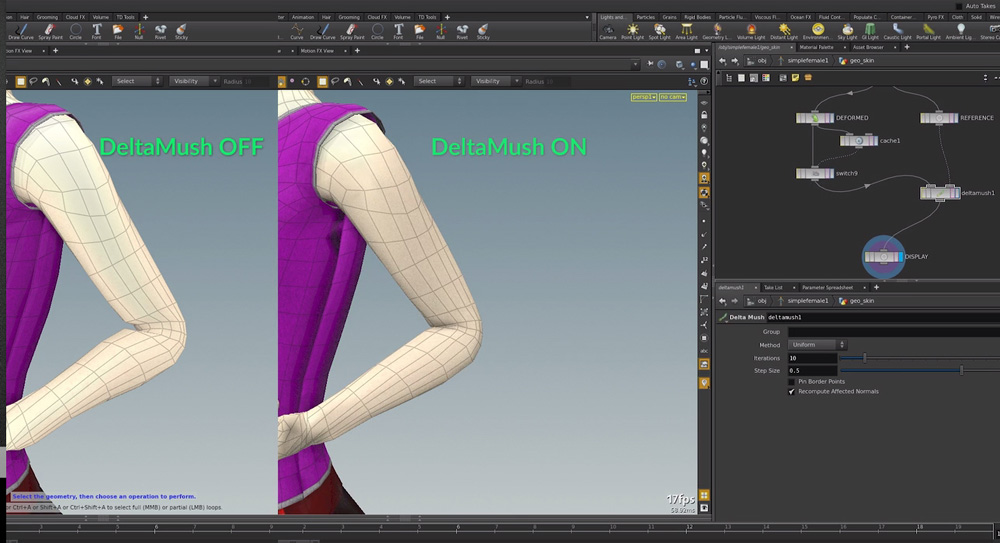 The UV Tri-planar Project VOP, a new VEX code operator, lets the user assign colours and texture maps without first having to define point or vertex UVs in their geometry attributes. The Curvature VOP, also new, computes the amount of surface curvature and is useful for masking raised edges to expose scratches and dents.

Houdini 15.5 can be downloaded now from www.sidefx.com