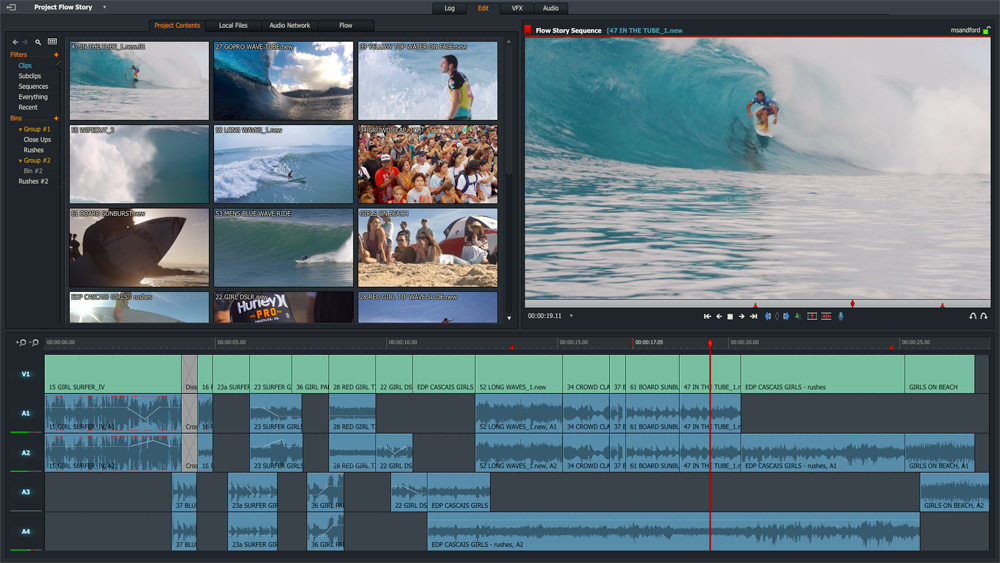 All the updates will be on view and demonstrated at IBC2016.

Owing to integration with QC systems Interra Baton and Vidcheck, the Flow Automation module can now be used to define a user’s next steps based on QC results. Flow automatically sends media to QC systems for analysis and, depending on the result - Pass or Fail – the associated next steps are automatically performed according to the workflow defined in Flow Automation. Flow attaches QC reports and markers, automatically flagging suspect media for review. Combined with Flow Automation, tasks such as ‘distribution to web’ or ‘send to broadcast’ can be fully orchestrated with user-defined stop-measures for suspect media.

EditShare Flow users who have Aspera accelerated file transfer can now use Flow Automation to automate mass media transfers across accelerated Aspera links between sites and systems. Customers with more than one EditShare Flow system can also use the Send To task to transfer high-resolution media files, proxy files, and/or Flow metadata between Flow systems. The ability to send high-resolution, proxy and metadata files can make distributed production - including multi-location news bureaus and productions – much more efficient. 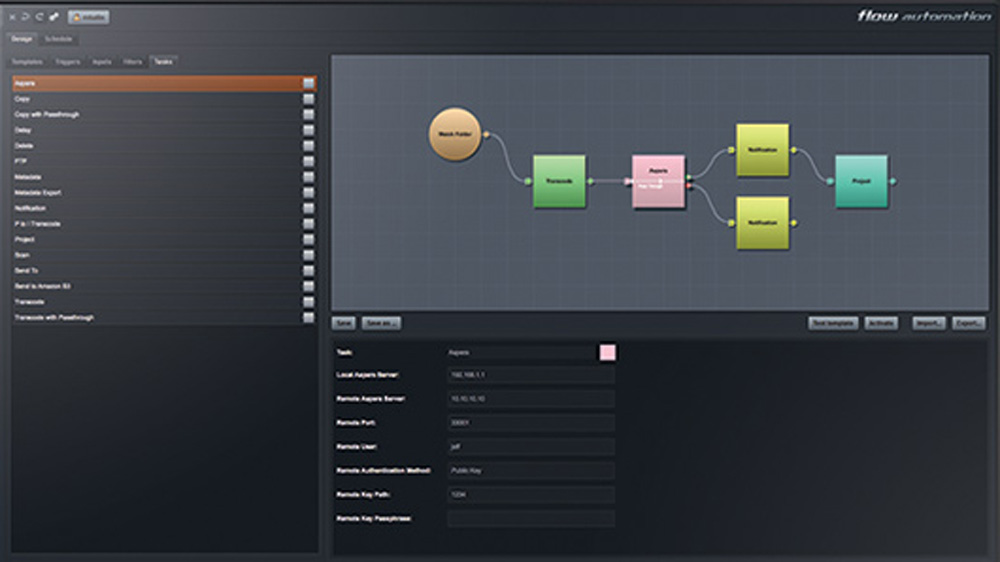 Flow has new tools for users that want to develop and deliver via the cloud, including a fast turnaround editor, Flow Story, that supports cloud-based production and remote workflows. AirFlow, the web-based module that ships as part of the Flow MAM platform, can be used to search, log, edit and play proxies in a web browser from any location. AirFlow also securely downloads and uploads proxy or high-resolution media from on-premise EditShare storage systems to anywhere in the world using a laptop, tablet or smartphone.

Flow Story is the first in a new series of EditShare content creation applications for collaborative and remote workflows. Unlike traditional NLEs, Flow Story can operate as a standalone editor on local high-resolution media, or when users are on the road, connect to a remote Flow database and edit off proxies, with relink and finishing within Flow Story or via AAF/XML sent to Avid Media Composer or Premiere Pro.

Flow Engine, powering the MAM, has been updated as well. Batch Sidecar Metadata Import allows you to bulk-migrate historical video assets from legacy archive and MAM systems to Flow. Metadata is preserved and mapped into user-defined custom metadata fields. The function has been extended to allow users to map information from a file’s folder path into Flow metadata fields. 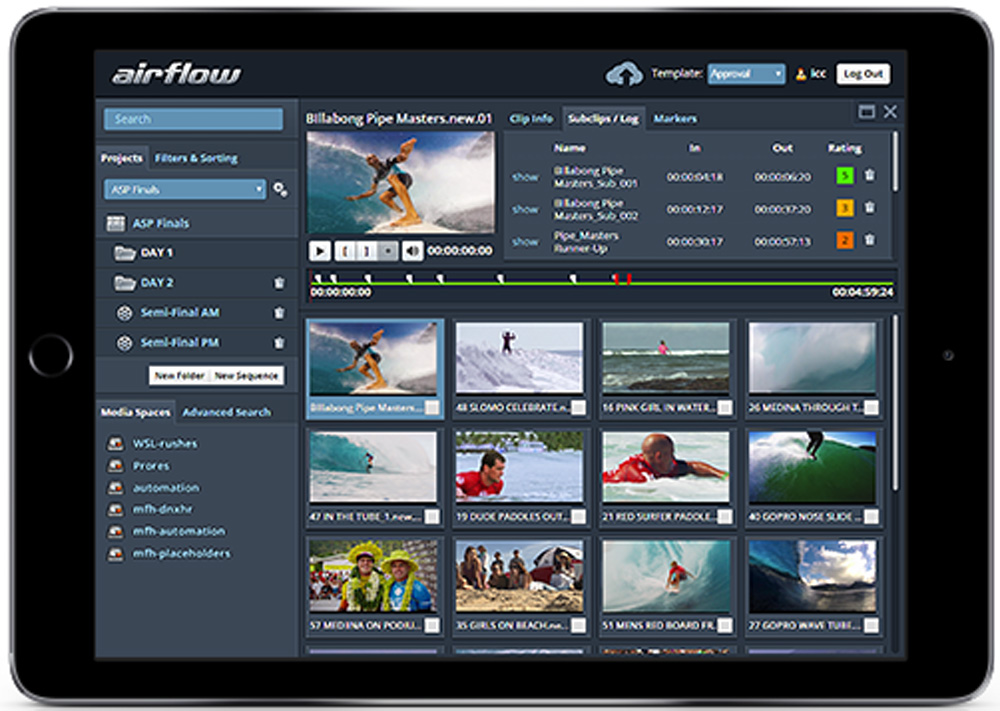 Metadata mappings within Flow scan can now be defined to read a folder hierarchy within EditShare media spaces – for example, storing material by shoot day, customer, project - and tag all clips in a given directory with the name of that directory, which makes searches within Flow more effective.

The new enhanced Search and Scan capabilities have been optimized to accommodate growing Flow databases. Flow search results are now faster when searching across hundreds of thousands or even millions of assets. Metadata extraction for each clip is also faster and users can concurrently scan more than one space at a time.

The Flow Ingest hardware platform has been redesigned with more channel options and lower total cost per channel with either four or eight HD-SDI ports per 2RU chassis. Each HD-SDI port is software reconfigurable to serve as an input or a monitoring pass-through output. Both models support the full complement of ingest codecs including DNxHD, ProRes and XDCAM, and come standard with all I/O connections including AES Audio, LTC timecode, GPI, RS-422 deck control and onboard dual port 10G-BaseT Ethernet.
www.editshare.com