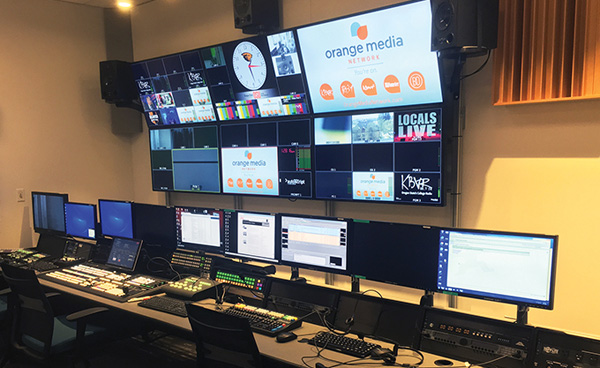 As a research facility, Oregon State University is one of only a few educational institutions in the US to receive a land, sea, sun and space grant designation, resulting in a highly comprehensive undergraduate, graduate and doctoral academic programs. The university has implemented an EditShare tapeless workflow system to facilitate media production and sharing across its departments, covering Media Services, Intercollegiate Athletics, Orange Media Network and Outreach and Engagement.

The EditShare installation helps each department focus its operations and drives all media management through production and post-production. It serves as the central hub of production for activities ranging from newsroom production and playout operation to fulfilling requests from outside sources like sports broadcasters who want historical game and player footage. It also manages the production of online course material for the university’s hybrid classes.

“Although each department is independent, they need to share assets,” said Rick Brand, Associate Director for Technical Services at OSU’s Academic Technology department. “The earlier set-up made it extremely difficult to locate and share media. Outreach and Engagement had been using a ‘sneaker-net’ arrangement, for example. The Student Media department was still on analogue devices and Athletics was on a shared platform that was at its capacity and near end of life.

“There was no central repository or mechanism for transcoding and making media usable. EditShare enforces campus-wide standardization, allowing us to take advantage of all content, whether it was captured five days ago or five years ago.”

The installation is based on a tiered storage platform comprised of over 200TB of EditShare shared storage, and a 160-slot Ark LTO tape library for integrated archive and backup. Multiple Geevs broadcast servers, with tools for managing multi-camera and newsroom workflows, facilitate varied ingest and playout processes.

EditShare’s Flow media asset management serves as the installation’s control layer with tools to manage media from ingest to archive. Acting as a mezzanine service across campus, with AirFlow for remote production support, Flow has automation and cloud-based production capabilities that organize content for access. Because EditShare is designed for collaboration, it integrates with standard broadcast components like OSU’s Ross automation system and nearly all NLE sofware including Avid, Adobe Premiere Pro, Final Cut Pro and EditShare Lightworks. 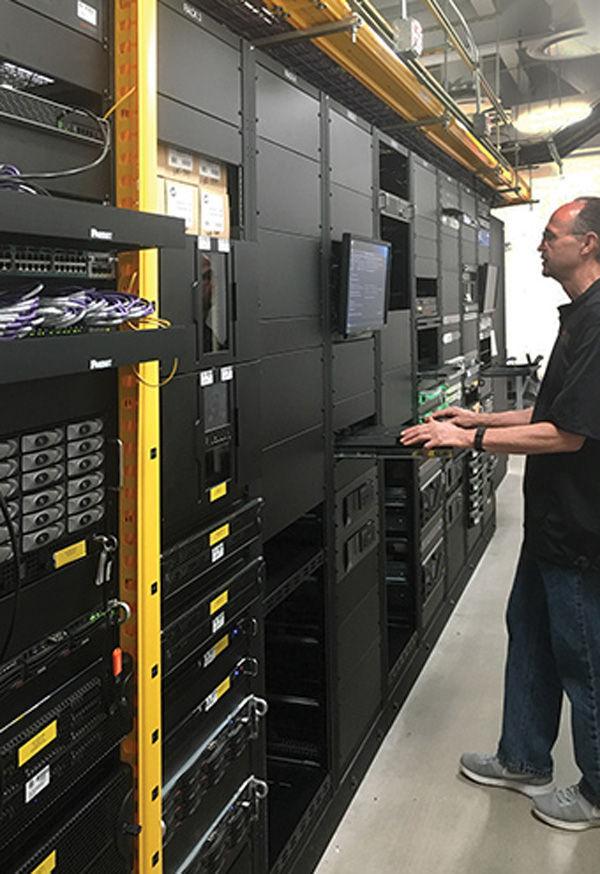 “When I first began looking for a storage system capable of connecting our departments, EditShare ended up as the only one flexible enough to be able to create a connected infrastructure that would support the various media demands of sports, news and education media production, without dictating a specific workflow for any one group,” Rick said. “That was important because, while all the groups work independently, they need to share content and collaborate at certain times, on the fly. With EditShare, no one loses their independence or their own media production capabilities. We saved money and kept our autonomy.”

The core of the EditShare installation, housed in the university’s Student Centre building with fibre connections to each department, allows students and staff to tap into media and share from any desktop or laptop system connected to the network. It also gives them tools to efficiently capture, edit and distribute the content for their in-house newsroom, studio and athletic productions and online video courses, avoiding the need to follow media migration and transcoding procedures.

Emulating the modern newsroom, the Orange Media Network at the Student Centre has two brand new studios with up-to-date control rooms using the EditShare Geevs broadcast servers connected to the Ross newsroom system. Rick commented, “The Student Media facility has all the components that make up a real facility, and broadcast everything from news to magazine format shows to live music productions. Shows are recorded by Geevs in HD onto to the EditShare storage server and broadcasted back out by Tightrope Cablecast. Professional newsroom integration with the Ross Newsroom system gives the students hands-on experience to a proper news workflow.”

In the Outreach and Engagement department, also known as ‘ECampus’, students and staff are able to work remotely due to the AirFlow connection. “The ECampus group creates a lot of hybrid [mixed online/oncampus content] courses for the university’s online classes. Nearly all of these courses have a video component to them, such as an introduction by the instructor, and AirFlow becomes especially useful at this stage,” said Rick. 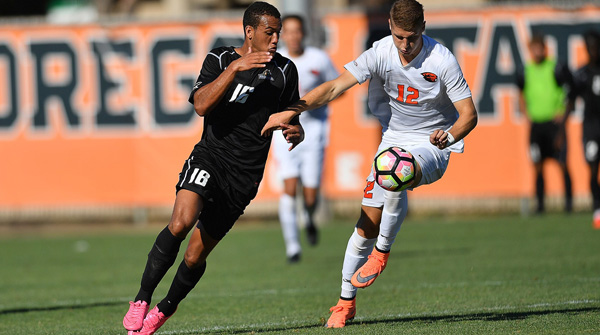 Extrernal instructors often record their introductions and other video course elements off campus. Since they are the content experts, these instructors need to give the initial edit directive and then send on to one of the ECampus editors for finalization. The entire editorial review facilitation from draft to final approval is managed by AirFlow. “We use AirFlow for the instructor review. We have created guest accounts where stakeholders can log in and view footage, make comments and set in and out points,” said Drew Olson, ECampus Videographer. “The old way of doing it was uploading the unedited video on our server or YouTube and the instructors would send back timecodes of video they wanted to keep. Now, I pull the actual footage into my NLE and can begin editing. It has been a huge time saver.”

The Intercollegiate Athletics group is responsible for creating promos and programs for OSU’s sports programs. Through the centralized storage server, Flow and Ark, the production team, staffed by students and professionals, collaborates with story production through EditShare Project Sharing, if necessary drilling into the deep archives through EditShare Flow and pulling material back into production storage.

Rick said, “The group is also using AirFlow for current production needs, where content needs to be reviewed and approved before distribution and the approver, such as a coach or Marketing, is not in the production room. AirFlow lets them log in and make notes.”

All content eventually goes to EditShare Ark Tape. “We have a lot of room on our EditShare online storage, but when we want to put something in deep archive, without forgetting about it, it goes into the Ark, with Flow to track the assets and present an interface to visually browse the archives. The footage them becomes easy to recall,” he said.  www.editshare.com