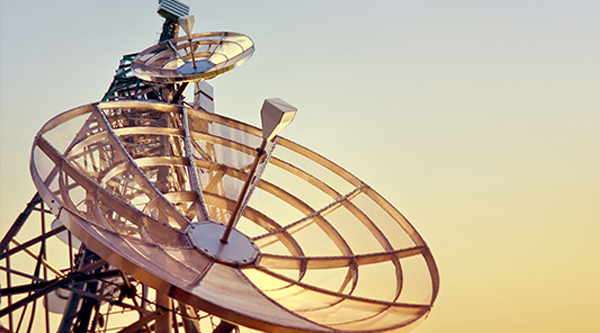 According to Quantum, although 4K may be the primary driver of storage-purchasing decisions for media companies, identifying the best medium and system configuration is challenging. Given the wide variety of stream counts and media formats used across different facilities, it's not necessarily obvious or automatic what type of storage will deliver the best mix of performance, capacity and cost for a specific workflow or use case. To answer the question, Quantum conducted tests to accurately characterise performance and find the optimal drive form factors for various media types. 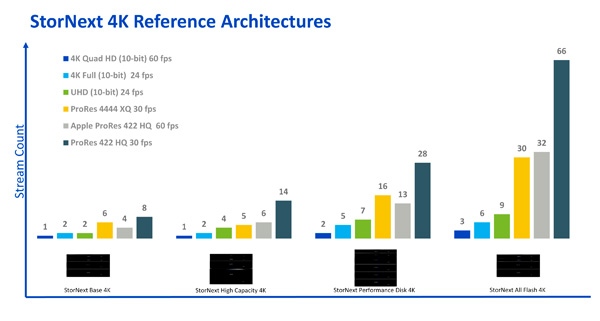 Flash can achieve very high performance. Quantum's testing showed that flash storage is affordable for media workflows in which a high number of compressed streams can make use of the random I/O performance of flash, and where high capacity is not as important. In contrast, flash does not significantly improve performance when a high number of uncompressed streams begin to put pressure on capacity. StorNext performance optimization applies equally to flash and disk, so that users keep the option to choose the infrastructure that best fits their performance, capacity and cost requirements. 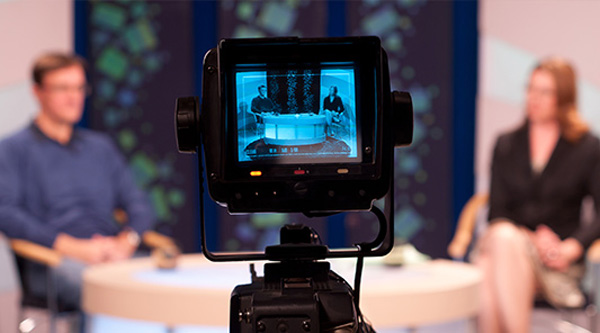 Based on StorNext-powered Xcellis storage systems – which combines the power of a SAN system with low cost NAS connectivity in a scalable SSD hardware system - these reference architectures are sized for specific stream counts and can scale up as needed to provide further capacity and performance.

StorNext All Flash 4K yields the maximum compressed stream counts and has uncompressed support for high-value content production, handling up to 66 streams of compressed and up to six streams of full-aperture 10-bit uncompressed 4K. This all flash configuration will be on display at the 2017 NAB Show.  www.quantum.com