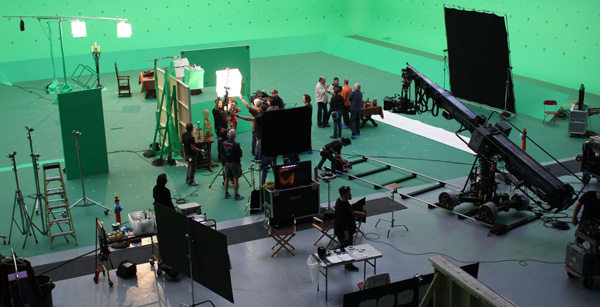 Story House Productions has upgraded and extended the shared storage network in its Berlin facility with a 448TB Facilis Hub Server Stack consisting of two TerraBlock 24D servers, TX16 expansion chassis and the Hub Server which manages and controls traffic across the system. The new system was supplied and installed by Facilis reseller Systempiloten.

“We have used Facilis shared storage since about 2009 when our Washington DC facility installed a system. Based on the good results there, we followed suit,” said Thomas Sassenberg, Technical Director, Story House Productions. “Our experience of the system since then has been so positive that when it came to upgrading our current system, we stayed with the same brand. It has always been rock solid.”

Based in Berlin and Munich in Germany, with a facility in the USA and two in Canada, Story House Productions creates, produces and delivers multi-platform content for major TV networks worldwide. The Berlin facility is the organization’s main production and post-production hub for factual programming, producing around 150 hours of content per year.

“The content we deal with is 80% HD and 20% 4K – we’ve seen a significant increase in 4K work over the past 18 months and this will only grow,” said Thomas. “While we work in HD for offline and only move to 4K for final versions, we still need a robust environment to manage and store a growing volume of increasingly large files.”

“The new system is so much faster and it can support many more streams, which has made us significantly more efficient - but what counts even more than performance is the stability and reliability of the system. Other shared storage systems on the market also have a lotof functionality, but the combination of price, performance and reliability puts Facilis at the top of the list in most cases.”

Thomas was also impressed with the manner in which the Hub Server organises files. “The architecture of the Hub Server is really interesting - previously we would have had to add another server, but getting three servers to collaborate is much harder than two. Its updated architecture is key to the whole system,” he said. “You hardly know it’s there, but it can organise everything and it’s the one server we have to go to. Before, we had to devote time to deciding where to put things, but now the Hub Server takes care of those decisions.”

When Story House was looking for their original system almost 10 years ago, the set of functions was very different, although the underlying system has remained solid. Newer functions now focus on management, resiliency and performance. The new architecture in the Facilis Hub Server, which Thomas refers to above, optimizes the drive sets and increases the bandwidth available from standard TerraBlock storage systems. Also, the Hub Server Stacks can be customised for new customers, with better system redundancy and data resiliency.

Remarking on the support network that comes with a Facilis system, Thomas noted that, as a smaller company, Facilis can make specific changes quite quickly. “For instance, we had a couple of compatibility issues and with two or three phone calls they had resolved them. That wouldn't happen with larger organisations,” he said. “Also, Facilis always seems to pick local partners that are knowledgeable and responsive. Systempiloten has been supporting us for several years and the installation of this system was very easy – everything was set up over one weekend so we had no down time at all.”  facilis.com