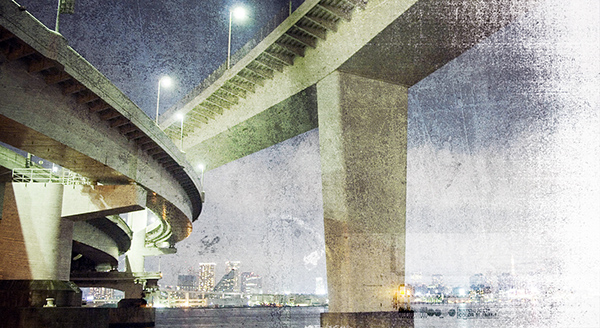 Quantum F-Series of NVMe storage appliances can now be purchased in a new lower cost version, the F1000. Based on a software defined architecture that achieves extremely fast streaming performance and response times, the F-Series is used in studios, corporations and government agencies to accelerate the capture, edit and finishing of high-resolution content.

The F-series was launched last year with the enterprise level F2000. But due to subsequent  interest from smaller businesses requesting a lower cost entry point, Quantum has released the F1000 with a lower price at the same performance. The devices are capable of significantly shortening render times for compute-heavy VFX, CGI and augmented and virtual reality projects.

NVMe (non-volatile memory express) is an interface and storage protocol that accelerates data transfer between computers and SSDs over a computer's PCIe bus. NVMe was developed as an alternative to earlier standards such as SCSI, SAS and SATA, which were designed when hard disk drives and tape were the primary storage media. NVMe, however, has been designed for today’s faster media and helps to overcome latency in the host software, to increase I/O speeds, and to potentially lower power consumption.

Critical to post production and content creation workflows is the way NVMe maps I/O commands and responses to a computer’s shared memory over the PCIe interface. The NVMe interface supports parallel I/O with multicore processors to support high throughput, and eases CPU bottlenecks because NVMe can process an I/O request with far fewer CPU instructions than SAS devices and SATA drives need to use. 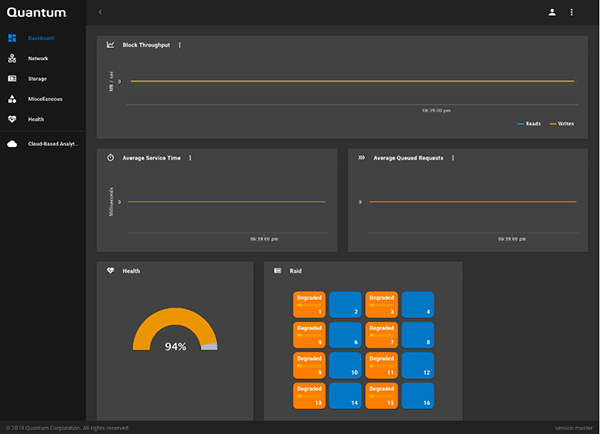 Unlike more general purpose NVMe storage arrays, the Quantum F-Series was designed specifically for video and image-based workloads. This content can be high resolution video used for movie, TV and sports production, marketing and advertising content, or image-based workloads that require high speed processing, such as the data from a satellite feed, a drone, a car used in the development of new automated driver assistance systems (ADAS) and so on.

Users deploy the F-Series NVMe systems as part of Quantum’s StorNext scale-out file storage, using the StorNext data management functions to move data between NVMe storage pools and other storage pools. StorNext was originally built for high-speed ingest, processing and analysis and low-cost, long term storage. Customers can take advantage of the performance boost from NVMe for workloads that require it, and meanwhile continue to use lower-cost storage for data where performance is less critical.

From Fibre Channel to Ethernet

NVMe flash drives have cost saving aspects as well. The F-Series uses them for their very fast reads and writes and to support a huge amount of parallel processing, as described above. But the drives can also use RDMA (Random Direct Memory Access) networking over Ethernet between workstations and the NVMe storage devices, resulting in predictable, fast network performance that is also relatively economical because it makes expensive fibre channel networking unnecessary.

When the F2000 was introduced last year, Quantum focussed on enterprise businesses where most of the high-resolution work was being done. The dual-node , 2RU servers servers were built for high-availability and had no single point of failure, and are therefore fairly expensive. Now that the F-series has gained recognition not only for workload acceleration but as a way to move from fibre channel to less expensive IP-based networks, demand has grown for a lower cost entry point, which led to the development of the Quantum F1000.

The F1000 is a 1U NVMe storage server tuned for performance, without the high-availability design of the F2000. Using a single-controller server and optimising the F-Series software stack to run with less CPU, the F1000 offers the same high-speed streaming performance, and fast response times as the F2000, at a lower entry price. The ability to port the F-series functionality to lower cost, lower specification hardware is a benefit of software defined architecture.

Quantum estimates that the F1000 runs 5 to 10 times faster than an equivalent SAS SSD storage array, at a similar price. The  appliance is available in two capacities - 39 TB and 77 TB. It has the same connectivity options as the F2000 - 32 Gb fibre channel, or iSER / RDMA using 100 Gb Ethernet - and is designed for deployment as part of a StorNext scale out file storage cluster.   www.quantum.com