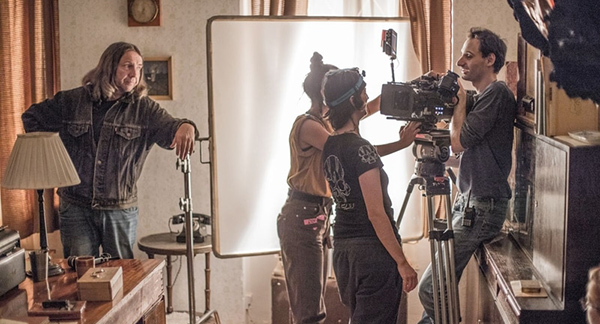 Studio FAMU is the official production and R&D facility for FAMU (Film and TV School of the Academy of Performing Arts) in Prague, Czech Republic, one of the oldest film schools in the world. The studio makes up-to-date, industry standard production, editing and post-production tools available to students. It has also established and operates the data storage for the numerous class exercises and large-scale film projects produced during the school year.

“We support approximately 450 projects every year, which requires a lot of storage,” said Ondřej Šejnoha, director of Studio FAMU. "Because those projects now use 4K and other high-resolution video formats more regularly, Studio FAMU requires a large, scalable storage environment. Even when students shoot on film, we scan the film in 4K, and for all post-production we need to use the best resolution possible.”

Apart from supplying enough capacity, one of the most important functions of the studio’s storage environment is straightforward access to project files. Students need to carry out a full range of editing and post-production tasks on their files, while professors need simple ways to view and evaluate student work.

Until a few years ago, managing and protecting all of the school’s data was extremely challenging, largely because the studio lacked a centralised storage environment. “We had a variety of separate storage systems and collections of hard drives, and students would just store their projects anywhere,” said Ondřej. 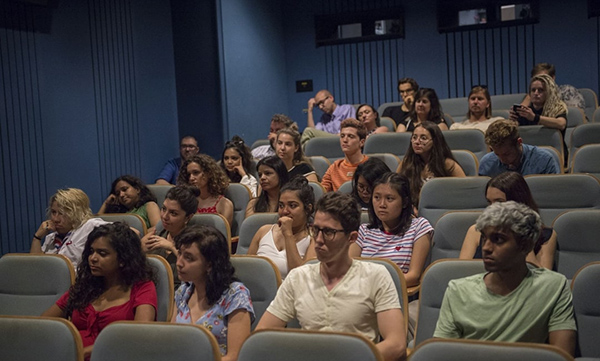 “The situation made it difficult for the IT administrators to enforce storage policies. For example, every student receives a certain amount of storage space when they first enter the school and we needed a way to monitor whether each student only used what they were entitled to.”

The studio also lacked a robust, integrated archive system, which made it difficult to preserve student work over the long term. Ondřej said, “Because we are part of a public university, and we are using public money, we must follow strict rules about keeping work.” Although the studio deletes raw data at the end of each year, it must retain final student projects indefinitely.

In 2016, when the studio began a major physical renovation project, Ondřej saw an opportunity to revamp their storage. “We wanted to start the new era of this facility with centralised storage,” said Ondřej.

That centralised environment would have to support the entire production and delivery workflow, from ingest through post-production, playout and archiving. It also had to allow easy access to files, make scalable capacity available for large volumes of high-resolution media, and integrate with an archive system for long-term preservation of final projects. 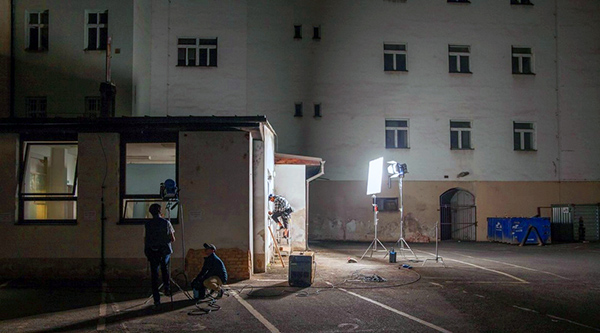 Furthermore, any new storage would have to work well with a media asset management (MAM) system. Ondřej wanted a MAM system that would help simplify management and organisation of media files while making it easier to share files among students, faculty and outside organisations – such as film festivals – that might need to review films.

Because Studio FAMU is a department of a public school, it was required to evaluate several storage vendors before purchasing a system. They worked with an IT service provider AGORA PLUS on the understanding that, as an educational institution, the studio has storage requirements that are different to a commercial post facility. In particular, its system needs to be simple and flexible enough to accommodate students who are still learning how to manage files and work with media storage.

Studio FAMU chose a system based on Quantum StorNext active storage plus a Quantum i500 tape library, all of which run on the StorNext file system and data management platform. The environment is integrated directly with an ELEMENTS Media Library MAM via the ELEMENTS GATEWAY server. GATEWAY allows NAS and StorNext SAN environments to be used as a network, making NLEs and VFX applications accessible. Mixed workﬂows then become collaborative across a facility and most platforms.

“Using the Quantum StorNext system with the ELEMENTS MAM, we have centralised our storage, making it easier to access files and also to enforce discipline regarding the use of storage as part of the creative process,” Ondřej said. In terms of hardware capacity, the studio deployed a high-capacity environment that could accommodate rising volumes of high-resolution files alongside a growing archive. 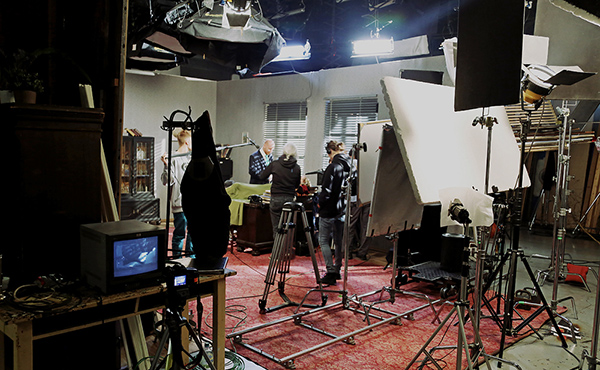 “We developed an initial plan for a 2 PB environment – 80 percent for production and 20 percent for archiving,” he said. “Each student now has dedicated space on the StorNext system large enough to keep raw materials. Once a project is completed, we archive it to tape.”

Now, a few years after the initial installation, the studio is ready to expand again. They will be able to extend the StorNext system without removing and replacing the existing infrastructure, and are planning to add another petabyte or more capacity to the system.

As mentioned, straightforward access to projects is a critical advantage of unified, centralised storage environments for FAMU. It gives the students more flexibility and control over their work. “Through the integrated MAM system, students can access their work on StorNext wherever they are – at home, travelling and so on – from any kind of device,” said Ondřej. “They can see files, edit and show their work to designated people. For example, professors can also view and evaluate work remotely, which is more convenient and safer than moving flash drives or external hard drives around in a backpack.”

Because departments themselves are allotted storage space, professors can prepare and store course material, and then share it via the storage system. “Professors can generate a link to films or other coursework and send the link to students along with assignments,” Ondřej said. “We support both Windows and Apple Mac systems so that students and faculty can access storage from different computer systems and applications. Quantum and ELEMENTS also work well with all of the post-production software we supply. 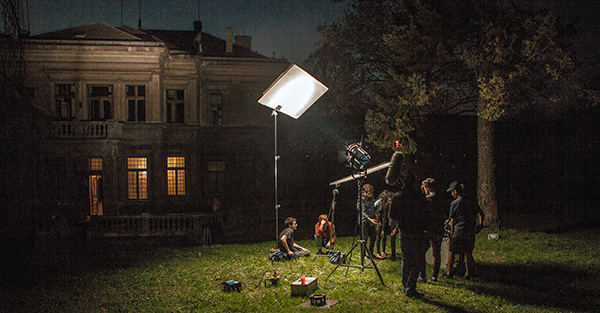 “Of course, having remote access to work became especially beneficial when the coronavirus pandemic reached Europe. We’ve appreciated having the system during this challenging time. StorNext makes it easier to share anything with students, professors and other organisations wherever they are in the world.”

Furthermore, since attending FAMU is often the first step in a career in filmmaking, it is valuable for students, faculty and departments to share student work beyond campus. “If an organisation like a film festival is interested in viewing a film, we can generate a link to content on the storage system in the same way that we distribute course material – we don’t have to use messengers to deliver a film somewhere. StorNext and the ELEMENTS MAM give us a way to share student work with the world.”

In the past, keeping track of the huge number of student projects, spread out across multiple storage systems, had been extremely challenging for FAMU, especially if students leave school for a few years and then return to continue their studies.

“Many students interrupt their studies. Some go overseas for a year or two and come back,” Ondřej said. “We have to ensure they can still access their content when they return. Accessing the single, centralised StorNext environment through the integrated MAM has made it a lot simpler to find and manage their projects than searching the shelves for old hard drives. The centralised content is also easier for us to protect and control.”

At the same time, centralisation with StorNext gives Studio FAMU the means to implement and enforce consistent policies. “Storage is a necessary part of the whole production process. Student training can’t simply jump over storage,” he said. “Within the StorNext system, we can make sure students are no longer hiding data somewhere, for instance. They learn the importance of proper storage practices that they will need in the real world. 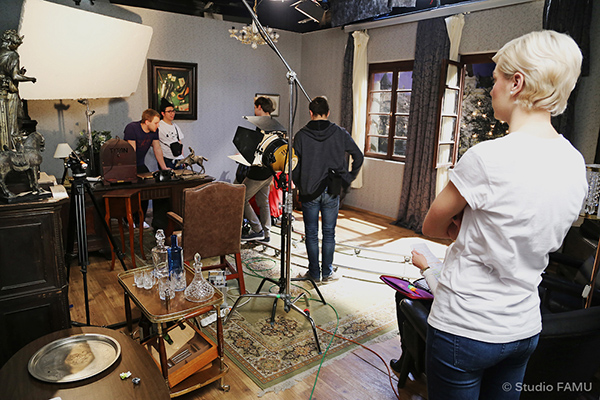 “For long-term archive Studio FAMU uses a tape archive. We can park everything on tape,” said Ondřej. “It is a scalable, secure way to preserve content, and the StorNext platform has certain features for retrieving content back from tape whenever we need it.”

Scalar Extended Data Life Management (EDLM) capabilities help ensure that data remains available over the years. EDLM is a licensed feature that runs policy-based integrity checks to make sure the data stored on tape remains readable. When used with an intelligent data management application like Quantum StorNext, content on suspect tapes can be migrated to a new tape, maintaining user-defined data integrity levels. Ondřej receives an alert if data needs to be moved.  www.quantum.com