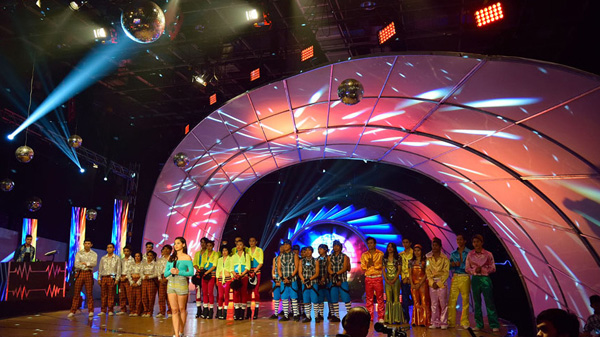 TV5 is one of the Philippines’ three major broadcasters and a subsidiary of the Philippine Long Distance Telephone telecommunications company (PLDT). At TV5’s two facilities, over one thousand employees produce and deliver news, sports and thematic programming for viewers inside the Philippines and overseas.

In 2019, TV5 began collaborating on video production and delivery with PLDT subsidiary channels. The goal was to develop entertainment content suitable for distribution across their own channels as well as multiple sister networks, including international and digital channels.

Global content distribution on this scale creates many revenue and audience share opportunities, but in this case it also presented a major challenge. Every production workstation within the TV5 environment was an island without networked collaborative storage.

File sharing, even between two computers in the same room, had to be done using external hard drives and USB drives. When Angelito Salazar joined the TV5 production team as head of post production in late 2014, he recognised the inefficiencies of that method and the associated data security risks.

“Although we were using inconvenient portable storage, everyone was in fact able to access and remove files,” Angelito said. “It was an unsecured and disconnected way to store files. But what really caught my attention was the potential for hard drive failure. Our workstations are standard computers. The content stored on those drives is valuable and vulnerable. A drive failure or system crash could wipe out millions of files.”

That situation triggered TV5’s move toward centralised media management and shared storage. In 2016, TV5 acquired a 96 TB version of the EFS media optimised file system, which Angelito believes was a small but critical step in the right direction. In 2019, the network was upgraded to a version of the EFS system with more functionality, mainly for sharing files across its two sites but able to perform many other tasks. 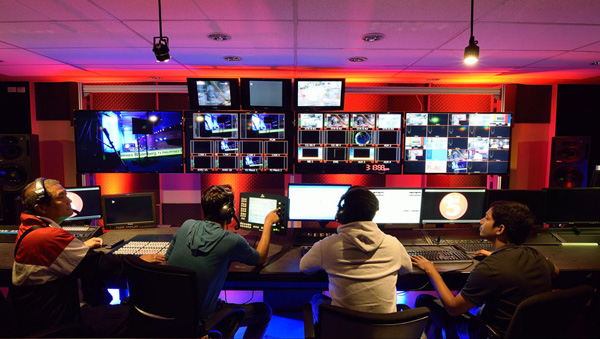 The two TV5 sites are about 30km apart, each equipped with a variety of older and newer creative software including Apple Final Cut Pro 7 and up-to-date Adobe Creative Cloud applications running on both Mac and Windows-based systems, all supported by EditShare’s open platform.

TV5 moved the original EditShare storage system to the smaller of the two sites, adding an EFS 40NL node system as near-line parking storage for finished projects and content they may need to repurpose in the short term. The main site installed an enterprise EFS450 model, also with 40NL parking storage nodes. EditShare’s FLOW media management supports the tiered storage at both sites, and includes FLOW Automation and AirFLOW for remote access and production.

The installation was well underway when COVID-19 restictions were imposed, putting all traditional in-studio and on-location productions on indefinite pause. Fortunately the progress the team had already made with EditShare allowed them to adapt their processes into remote production workflows. The TV5 system was commissioned and installed by EditShare and partner Media Village, in Manila and Singapore.

Angelito’s team had begun using AirFLOW to remotely manage incoming and outgoing content prior to the shutdown. Uploaded content was automatically stored on the EFS shared storage system located at the main site and then automatically replicated to the secondary EFS and available to everyone on the network. As a result, outside producers and advertisers could still submit packages via AirFLOW during the shutdown.

“Everyone immediately saw it was working,” Angelito said. “Since we started using AirFLOW, it’s actually saved content owners and producers a lot of inconvenience in terms of access and contribution.”

“I asked our sister channels if we could continue using DVCPRO-50, but update the container to MXF,” Angelito said. “We discovered FLOW Automation is able to rewrap files without first transcoding to another format. I gave everyone test files coming from this process and they worked.” 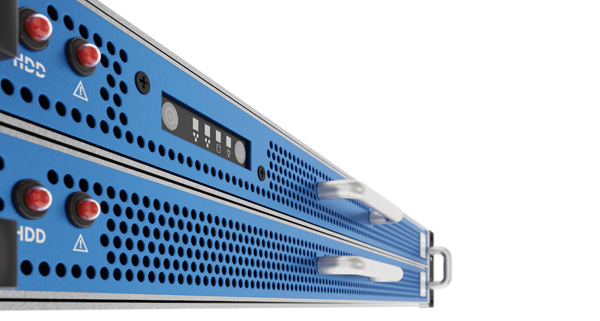 During lockdown when TV5 could no longer produce new shows, teams at both facilities pulled material from their content archives to repurpose for program content. Although all the material was saved as QuickTime MOV files, the automated house format file delivery made it possible for the production team to share program content and maintain business continuity.

TV5’s automated workflows, like this one for house format file delivery processing, are powered by EditShare’s FLOW Automation, and prevent committing staff to manual, time intensive tasks. Working with EditShare pre sales team consultant Ee Wah Wong, Angelito estimates TV5 has automated more than 50 processes that were once done manually, streamlining the workflows for an average of 200 files per day ranging from 15 to 90 minutes in length.

“EditShare professional services was very helpful in designing the automated workflows. Ee Wah in particular looked carefully into our operation to understand the review, approval and delivery process and helped me optimise that workflow. During the pandemic, our company has increased its content production by about 30 percent, but by automating a number of tasks, the increase did not demand extra resources or add to the current workload.”

TV5 team has now created a secure network on the EditShare system that they use to remotely access content and to facilitate review and approval processing – which is often extensive and a critical element of keeping the operation moving.

EFS user privileges and project sharing capabilities give TV5 a way to set up a more secure environment for managing media files. Users must be authorised to access content, and all access attempts are centrally monitored through the realtime EFS Auditing dashboard. Angelito said, “For example, if you’re using project sharing with Final Cut Pro, only the people who are editing the program with you can access the content.

“Earlier on, you could simply plug in your USB key ring and take the files you wanted. Just recently, we discovered an important file had been deleted, but were able to track down what had happened and have it restored.” AirFLOW, which is tightly connected with EFS and thus grants EFS authorised access privileges, also functions as a secure private network for accessing content and facilitating proxy-based review and approval workflows.