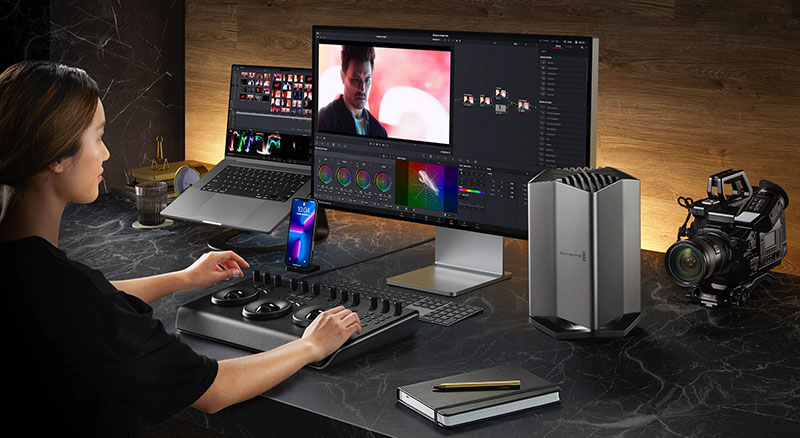 Blackmagic Cloud Store suits film and television applications in which large media files need to be shared between multiple users for editing, colour correction, audio post and VFX work. It can handle 12K Blackmagic RAW digital cinema files, for example, without latency or requiring users to store files on local computers. These characteristics make it a good companion for DaVinci Resolve.

The Cloud Store device has a vertical portable design and runs quietly for use on location. Internally, an array of flash memory cards works in parallel for speed and data protection. The four 10G Ethernet ports operate as a switch. This feature allows users to connect four computers, working separately or together, using link aggregation for a high 40G Ethernet speed, which keeps multi-camera editing very smooth.

Users can watch a live graphic view of their storage operations on a TV or monitor via an HDMI monitoring output. The storage map shows a graphical representation of the memory core and where the read and write access is happening for the connected users. Four graphs show the data transfers on the four main 10G Ethernet connections. The main space indicator shows the capacity of the memory core and how much is currently used, and also makes it possible to see connected users and the power supply status.

The Blackmagic Cloud Store is available in 20 TB, 80 TB and 320 TB models. M.2 flash memory cards are used for reliability, high access speeds and minimal seek times. The M.2 cards are arranged in parallel RAID 5 groups, operating faster than a single card and combining speed with fault tolerance. To change settings, a Blackmagic Cloud Store utility is available on Mac and Windows. 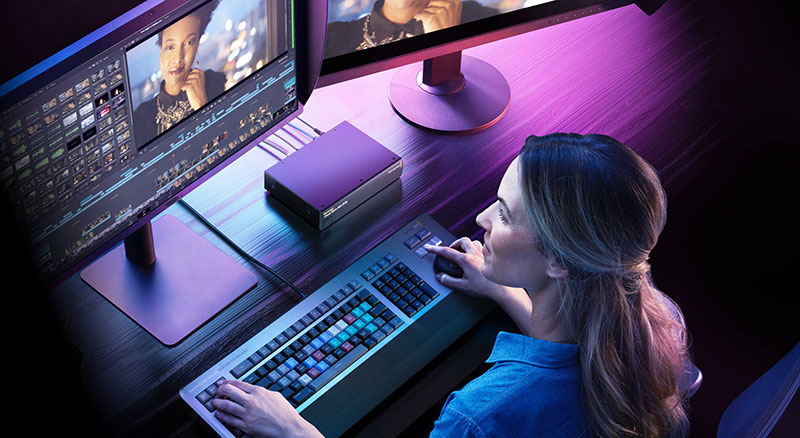 For very thin laptop computers that do not have an Ethernet connection, Blackmagic Cloud Store has a USB-C-to-Ethernet adapter built-in that can be accessed by plugging the computer into the USB-C port on the store as a quick way to fetch files. The two USB-C ports on the Blackmagic Cloud Store can be used for loading and backing up files. Connecting a media card reader or USB-C disk to the ingest port loads all files on that disk into the Cloud Store. For backup, connecting a USB disk to backup port performs local backups without ongoing costs and in privacy. It works with a USB-C disk or with USB-C disk arrays.

A primary advantage of Blackmagic Cloud Store is privacy. It does not involve subscriptions, monthly license fees, or tracking of usage or data. Users can run a private network, disconnected from the internet, a critical factor for security standards for which computer networks cannot be connected to the external internet. 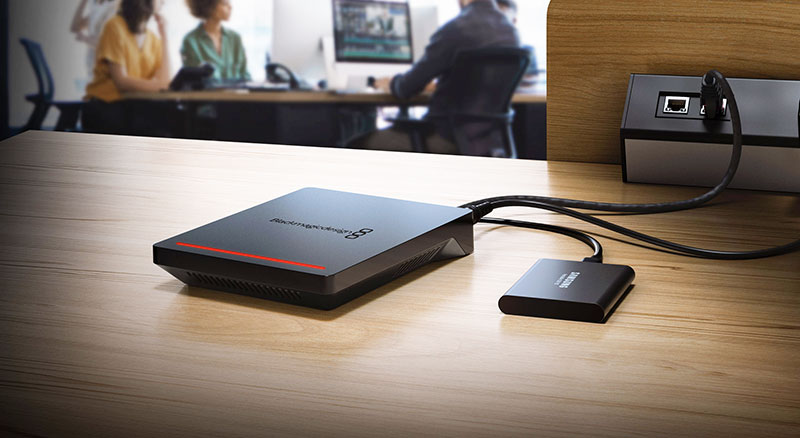 Blackmagic Cloud Pod supports the use of any USB-C disk as network storage. Users can build their own network using USB-C flash disks they already own. Depending on the brand of USB-C flash disk used, it can also handle 12K Blackmagic RAW digital cinema files. Without any internal storage, Cloud Pod is extremely small, thin and quiet. It features two USB-C ports, hosting two separate, networked USB disks at the same time.

Both of these smaller versions have the same HDMI monitoring output showing a graphical representation of the memory core and real time read and write access.