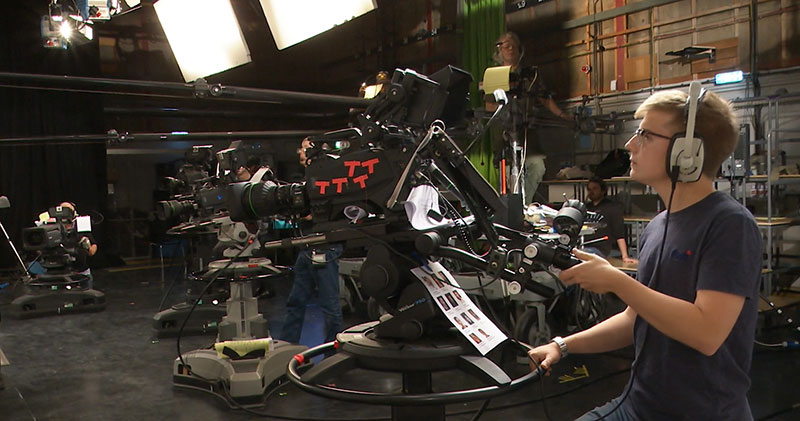 The UK’s National Film & Television School (NFTS) first opened in 1971, and today operates more than 30 MA, Diploma and Certificate courses from its campus in Beaconsfield, west of London. Among its graduates are Oscar-winning cinematographer Roger Deakins, Oscar-winning animator Nick Park, the creator of Wallace & Gromit, and film directors such as Lynne Ramsay and David Yates.

The school is consistently listed as one of The Hollywood Reporter’s top international film schools and, according to NFTS director Dr Jonathan Wardle, runs more behind-the-camera courses than any other film school. One of the biggest challenges of his career at NFTS came in March 2020, when he had to send an email telling all students that the looming pandemic meant the school had to close its doors.

“The NFTS is a hands on, practical school where students learn by doing. They have the opportunity to make films, television shows and games to a very high standard in real studio environments,” said Jonathan. “Transitioning online was going to be a mammoth task, but we also saw it as a major learning opportunity for us as well as our students. Our policy has always been to go where people need to be trained, and the move online was going to be an extension of that philosophy, by seeing how much we could do remotely.” 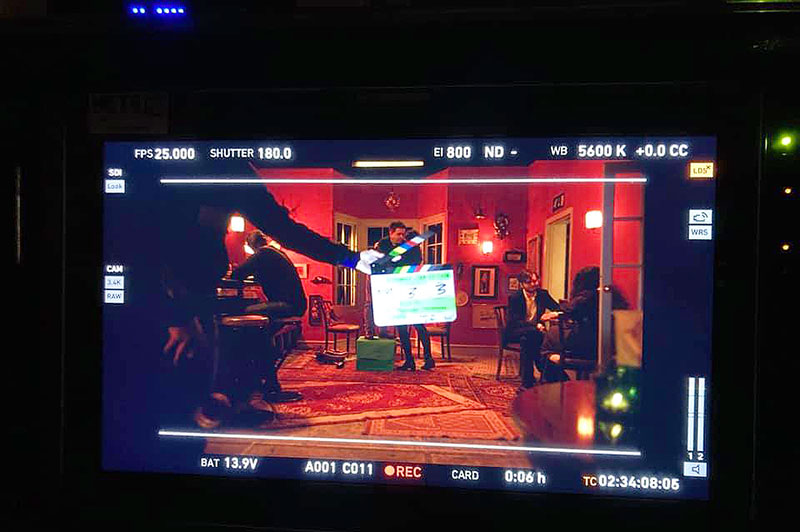 The school already had a solid computing platform for setting up student workflows, built on a very large EditShare multi-node EFS storage system, running FLOW asset management and workflow software. They currently have 308 users and 200 media spaces on the system, which correlates to 200 projects.

The EFS and FLOW combination has proven to be well suited to cloud connectivity. Actually, EditShare has developed several configurations for cloud connectivity. For instance, FLOW services and proxies can be hosted at NFTS, while using cloud storage locations.

In that case, an on-premises FLOW server connects to cloud storage for indexing, publishing, archiving or disaster recovery backup, and many of the team’s usual FLOW and proxy workflows would still apply. Users can retrieve the assets held in cloud storage on-demand, using the FLOW applications.

Alternatively, both FLOW services and storage could be hosted in the cloud, with the FLOW services running in a virtualised cloud environment. Because FLOW’s low-res proxies are stored there as well, users can access and work with them via the virtualised server from anywhere using AirFLOW, FLOW Story or the Adobe Premier panel, and download the originals only as needed. 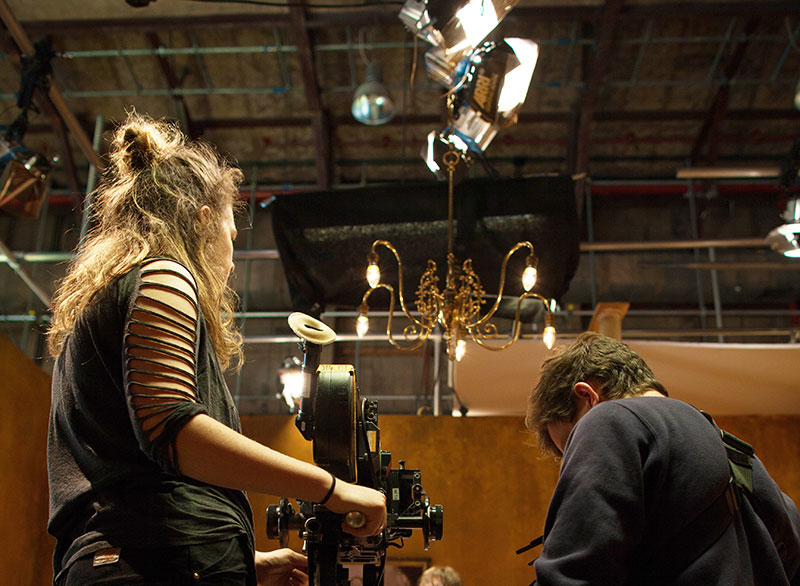 In a third configuration, everything needed for a complete production facility is virtualised in a public cloud – not only the FLOW services and proxy storage but also the EFS production storage itself and the users’ NLE workstations, using file transfer acceleration like S3 to ingest files into EFS. The only local components would be the computers using PC over IP to securely connect to the cloud-based NLE workstations.

Remote is Here to Stay

“Since remote collaboration is likely to be a key part of the future of television and film production, it should be a key part of our curriculum,” Jonathan said. “Our students had already told us they wanted greater flexibility. No one wants to sit in an edit suite until 1am waiting for something to render. They would rather set a process in motion, go out and participate in student life, and then come back to it.

“We consider that this is one of the great benefits of using cloud-based tools. It means we can model the sort of work/life balance that we might want to see the industry adopt, and show our students how to make it work to their advantage.

Focussed on the Craft

“In the craft roles that our students are working toward, flexibility is the key. Sometimes they will want to be sitting in the same room as the director and cinematographer, collaborating directly. But equally, they do not want face-to-face interaction to take over their lives. Cloud-based services enable them to decide how they work, project by project, day by day.” 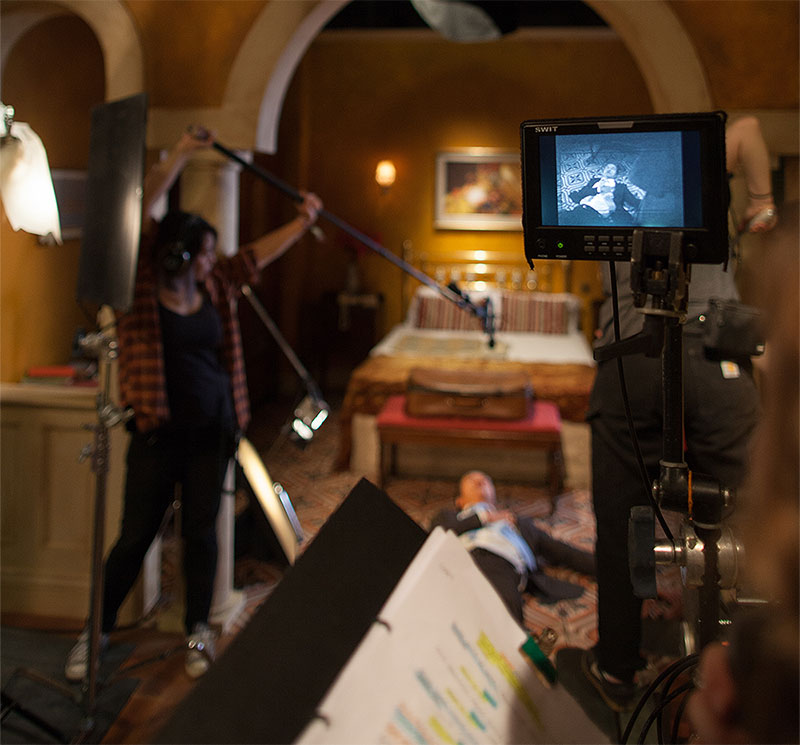 A central part of this kind of flexibility is that students should focus on the craft of what they are doing rather than on following a particular technological route. NFTS does not specify which tools the students should use, as long as the workflow makes sense. The students have access to editing software from Avid, Adobe and Da Vinci, and Nucoda, Baselight and Resolve for colour grading. As an application agnostic system, EditShare storage makes this possible by supporting content from any device, and allowing projects to move directly between applications from different vendors.

Jonathan said, “Our courses are almost entirely practical, so access to media is the biggest challenge. Our requirements are actually slightly more demanding than most productions would be, because we have so many projects running in parallel. The tutors need a view across not just one but multiple projects.

“Each project has an EditShare Workspace. Students and tutors involved in that project all have access to the same material from the same point of contact, whether that is to watch rushes, edit or add VFX, or to check the latest cuts. Tutors can make comments on the timeline, so it is very easy for students to get feedback as well as work collaboratively, wherever they are working.

If It Works – Break It

“What all this means for us – and for our strong relationships with vendors – is that we are often at the vanguard of what users are doing with their tools. Our students like to break things and push everything to the boundaries. If a system can be student-proof, it will be completely fine in the professional world. Our technology partners understand that the feedback from our students is particularly valuable.” 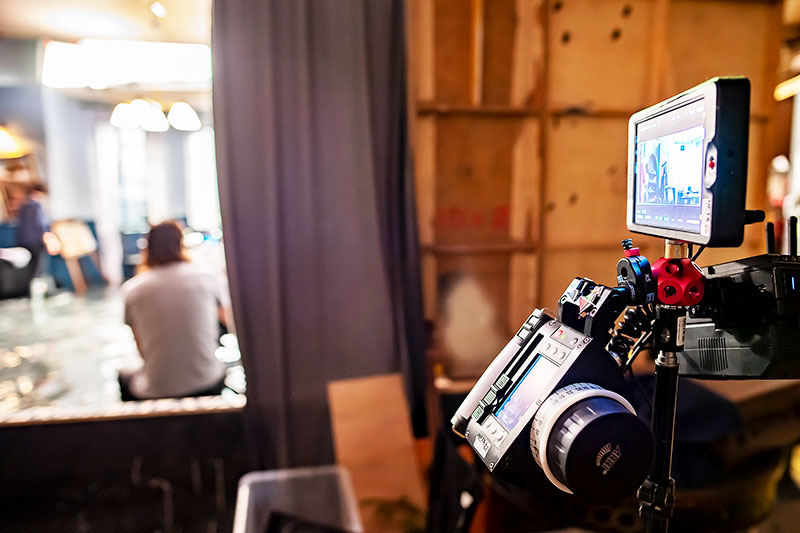 Of course, Jonathan and his colleagues most of all want NFTS students to learn best practice principles, which in post means understanding how to access materials, and how to manage assets so that a single source can serve multiple different devices.

He said, “Our growing reliance on cloud connectivity and remote collaboration may have been forced upon us, but it has proved beneficial in strengthening collaboration between people working remotely. Our platform built around EditShare EFS and FLOW has supported these collaborations by making it easier to communicate and share, a critical factor in the future of the industry.”  editshare.com