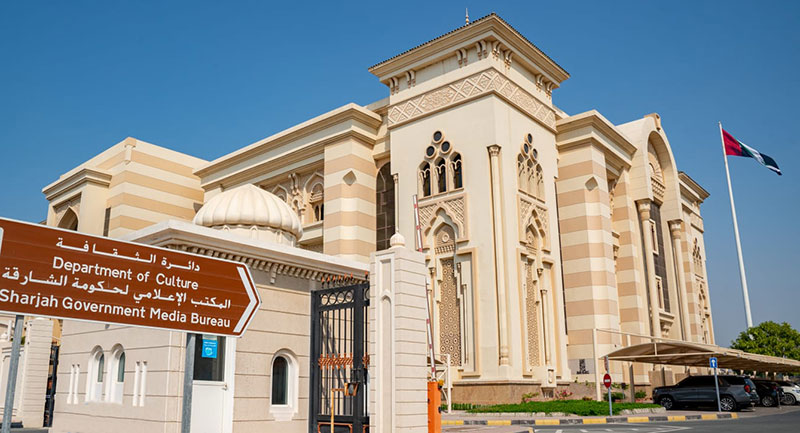 The Sharjah Government Media Bureau (SMGB) in the United Arab Emirates has upgraded its workflow storage for editing and post. On the new system, editors and the post team have unified, direct workflow access, which allows SMGB to expand its activities more easily and meet its goal of migrating to 4K UHD production.

The new system is built on EditShare’s EFS 300 storage architecture and is fully redundant. It includes online and nearline storage, and archiving to an Ark LTO tape library, all incorporated in the same workflow engine and accessed by EditShare FLOW asset management software.

The system replaces a post-production and storage network that was tied to a single software vendor. One advantage of the EditShare FLOW architecture for SMGB is that it is agnostic to post-production tools. The Bureau wanted to be able to support multiple edit platforms on the network to allow users to select the tools that are best for the job, and that they are most comfortable with.

SMGB now have an environment compatible with nearly all editing software, making it straightforward to add Adobe Premiere Pro to their Avid Media Composer functionality through a simple integration into FLOW. This workflow support means editors can concentrate on content without spending undue time setting up projects and finding and moving material.

As well as the FLOW production asset management application, EFS storage is bundled with archiving, administration and collaboration software. SMGB can use the Ark Media Archive application to set up tasks that automatically backup media assets and park unused assets in nearline disk and the offline Ark LTO tape library. Ark users can also restore backups from nearline and offline destinations.

“Since our previous system was reaching end of life, it gave us a chance to define what we really needed from a storage network,” said Maher Kazmouz, Manager, Media Department for His Highness Ruler of Sharjah. “Key goals were the ability to work at 4K resolution and HD, to be flexible in the file formats and creative software tools we use, and to have a single point of control from ingest to archive. EditShare showed they could meet all our requirements and also give us options for future expansion.”

The system was implemented by Broadcast Solutions Middle East, a systems integrator and EditShare channel partner. Working with Broadcast Solutions, EditShare designed a complete turnkey system, from the hardware to the 10 gigabit Ethernet switches, and supplied with the software and open interfaces to third-party devices.

“Sharjah Government Media Bureau were impressed by the flexibility and reliability the EditShare system was capable of,” said Laurent Mairet, Managing Partner at Broadcast Solutions Middle East. “They also appreciated that, along with our active local support, EditShare has a strong presence in the Emirates so they could be confident that should an issue arise, it would be solved immediately.” www.editshare.com