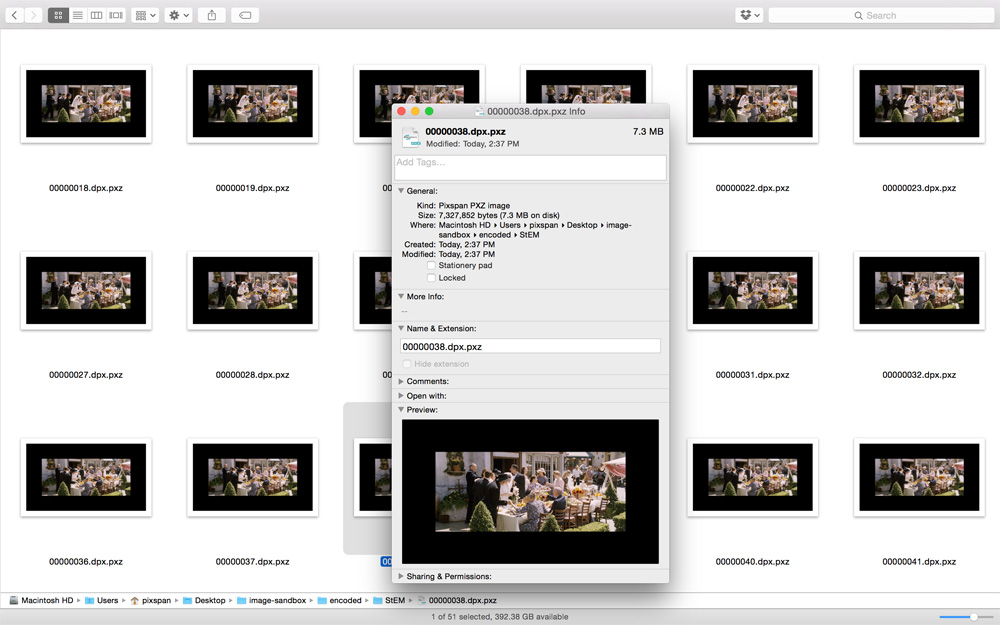 Pixspan’s work was prompted by the fact that many modern workflows designed to transfer quantities of 2K, 4K, 6K and HDR data from the camera to the data centre and on to workstations can put pressure on the NAS storage systems and 10Gbps network infrastructures typically used in video production. At times, hundreds of terabytes or more of video may be captured for a single feature film.

Pixspan’s system aims to meet the challenge through efficiency by reducing storage requirements by more than 50 per cent, allowing 4K workflows to run on equipment originally designed for 2K with data access times that are two to four times faster. In a demonstration at NAB, where Pixspan’s new software PixMover was combined with NVIDIA Quadro M6000 GPU processing, the result was bit-accurate video decoding at up to 1.3 GBs per second - enough to handle 4K digital intermediates or 4K/6K camera raw files in real time.

Pixspan's technique is based on its bit-exact compression, in which each image is compressed into a smaller data file, while retaining all of the information from the original image. All images are encoded and decoded bit-for-bit exact, with a potential for unlimited compress/decompress cycles in a real-time imaging chain with no loss of quality, working with full-resolution images regardless of their physical location. Pixspan compression is intra-frame, meaning that each image is compressed without knowledge of the surrounding frames and the restored image is an exact replica of the original.

To make it easier to track the process visually, PixMover has a previewer function that generates a thumbnail image of each .pxz image that it encodes. Thumbnails can be viewed without further processing or special software. Although currently Mac, Linux, and Windows do not natively open camera raw or DI files except for TIFF, with this tool users can immediately verify a file’s content without using a special application to open it in full resolution.

Bob Pette, vice president of professional visualization at NVIDIA, and Michael Rowny, CEO of Pixspan commented that PixMover within this workflow opens GPU processing to some new applications in image storage and networking, making it useful from on-set through post and final assets. A facility can take on more work without resorting to short-term storage on tape, or delaying production with storage and network upgrades. Users can opt to squeeze current files in place, or move them to different storage volumes for restoring back mathematically lossless frames later. 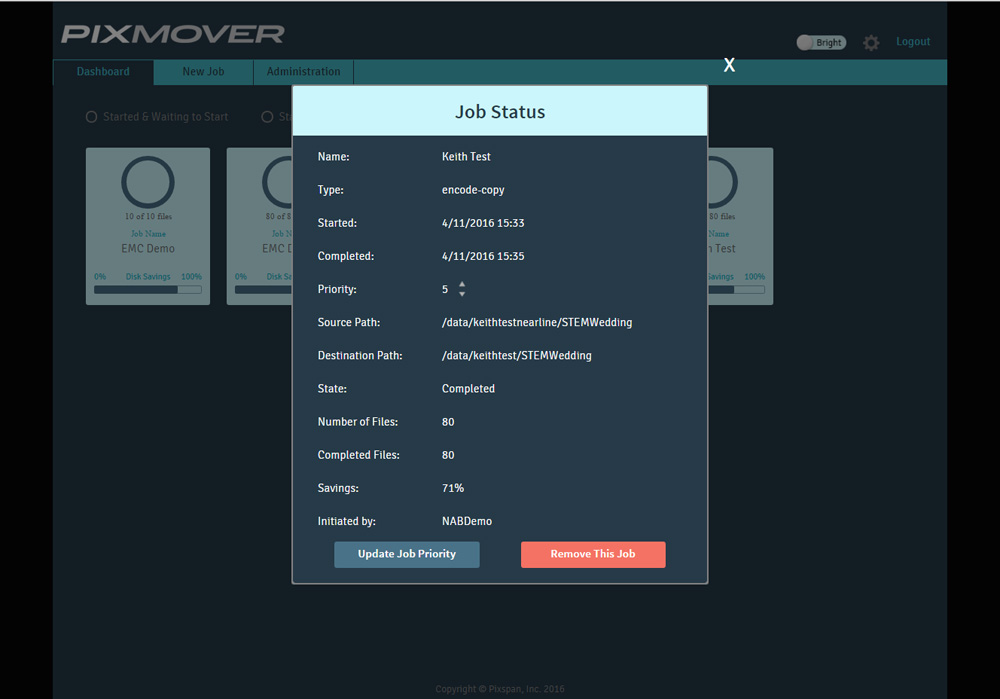 EMC Isilon storage was chosen to accelerate media transfer speed to and from consolidated storage and reduce the amount of hardware required to support throughput. Also, a large number of data streams can be simultaneously supported from Isilon storage, giving effects artists and editors the option to keep more versions of sequences available to show a producer, for example.

An artist can play 4K media in real-time, add layers, work on colour correction and perform other steps in a VFX workflow natively, but without making excessive demads on infrastructure. The high-definition workflow can take place over standard 10GbE networking and is supported by standard scale-out storage. In other words, IT administrators don’t need to change procedures, or support extra, dedicated hardware.  www.pixspan.com