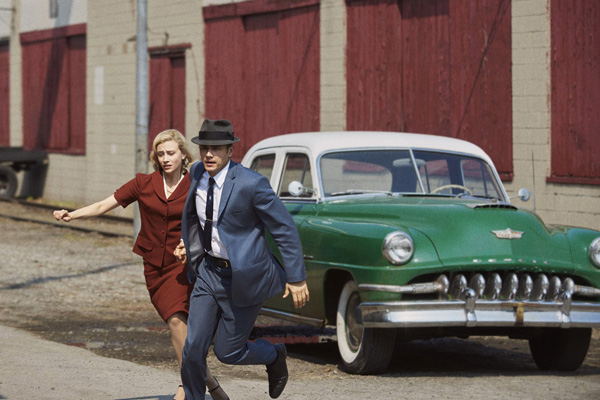 ‘11.22.63’ is a recent science fiction television series based on a Stephen King novel following protagonist Jake Epping as he travels back in time to 1960 to prevent the assassination of US President John Kennedy. The show, which was produced by Stephen King and J.J. Abrams with Bad Robot, creates Jake’s time trip for the screen, and reveals how the past fights back mysteriously against his efforts to change history.

The series has ended, but the pilot episode was nominated for an Emmy in September for VFX in the category of Outstanding Special Visual Effects in a Supporting Role. The nomination was the sixth for Bruce Branit, owner of Branit FX and the creator of this episode’s effects. Branit FX has also been nominated for VFX work on ‘Star Trek” and ‘Breaking Bad’.

In one sequence of the ‘11.22.63’ pilot, viewers watch President Kennedy’s security crew pursue Jake after he tries to sneak into a campaign rally. He ducks into a storage room to hide, but cockroaches soon emerge from the shadows and swarm over him. Bruce described the action, which had to build slowly as the roaches crawled out, covering the floor and crawling up the character’s clothes in a frenzy. 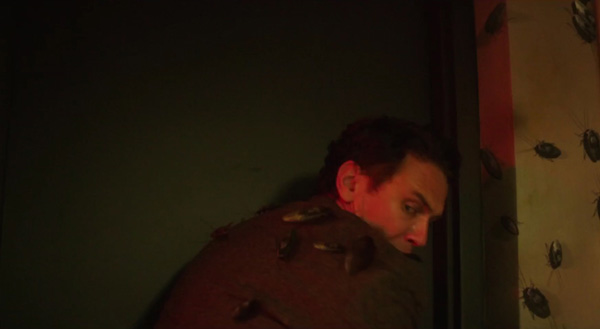 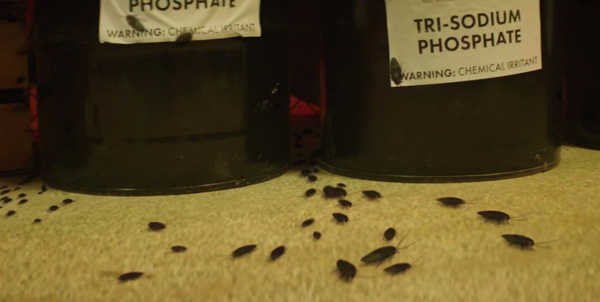 “Fortunately for the actor, James Franco, the roaches are CG, built in Lightwave, and we created the effects in Fusion Studio,” said Bruce Branit. “We had one or two reference shots, which we used to develop five base roach behaviours, all linked to the speed at which they moved. These were pretty subtle variations of running style, how much they raised off the ground, head and antennae movements. There were also variables put into the flocking simulations that made them start and stop more or less frequently.

“Looking at reference, it is surprising how consistent the colour and size for a group of related roaches is. So, although we started with more variation, we gradually dialed some of that back. Once we determined the exact look we were going for regarding the amount of attacking roaches, we used that to create a roach brush in Photoshop as a quick way to sketch locations and different quantities to share with the VFX supervisor Jay Worth and the producers, so we could understand and agree on the amount and positioning of the large groups of insects.”

The animation was done in 3D in Lightwave and then all elements were composited in Fusion Studio. Because they had chosen to build and animate the roaches in Lightwave and bring the rendered elements into Fusion Studio for compositing, they also imported polygonal floor and wall FBX elements into the Fusion composite, to assist in painting shadows and other simple tweaks that might be needed to improve the look and realism. 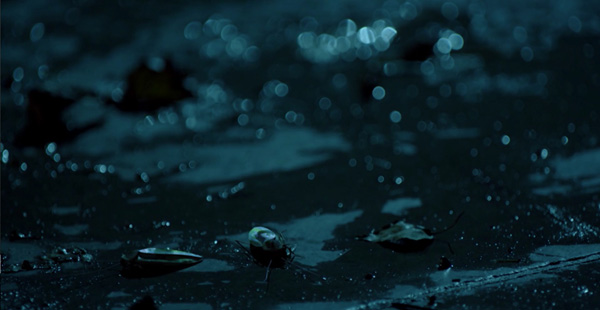 Fusion Studio’s 2D and 3D tracking tools were used to track the actor while the cockroaches swarmed all over him. Bruce said, “It was a fairly equal split between 2D and 3D tracks. A lot of the more complex tracking shots of roaches on the actor became a mix of hand 3D tracking with stand-in objects for body parts, and 2D fine tuning back in Fusion Studio. We’d bring in a render of roaches on his back and arms and then create shadows and fine tune the track frame by frame with Fusion’s tools.”

The approach was successful enough that Branit FX were asked to complete another sequence in a later episode with a room full of flies using very similar positioning and tracking techniques.

One aspect of the shoot that stood out for Bruce when working on ’11.22.63’ was the use of anamorphic lenses, which gave the show a beautiful, timeless look. “Anamorphic lenses give an amazing image, but they can cause some issues in post,” he said. “The focus is different and elements in the plate can be stretched differently depending on whether they are in the foreground or the background. 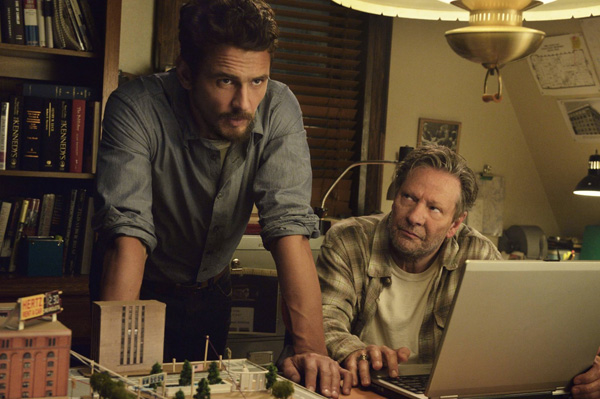 To counter this, they used Fusion Studio’s blur and defocus tools to track images and make sure objects stayed in the correct ratio. Bruce finds Fusion Studio is good for footage shot with anamorphic lenses because its tools can be used to counter any distortion and accurately preserve the cinematic depth of field.

Bruce said, “With anamorphic lenses, imagery outside of the focal plane [distance from camera with the sharpest focus] defocuses with a vertical stretch. You are already working with a plate that is stretched vertically 2:1, so this defocus is really something like a 4:1 or 6:1 blur, relatively speaking. There isn’t much of a trick to it - it is just a matter of studying the footage to see what is happening through the lens and mimicking that for anything you are blending into the plate.

“Fusion Studio works with anamorphic footage wonderfully. You can keep your frames in 2:1 pixel space, yet work with images that are not vertically squeezed to your eye. You just need to keep that in mind, and pay attention to the aspect of each of your additional CG elements.”   www.blackmagicdesign.com