AEAF Awards Looks Ahead as New Entries Fly In

AEAF Awards Looks Ahead as New Entries Fly In 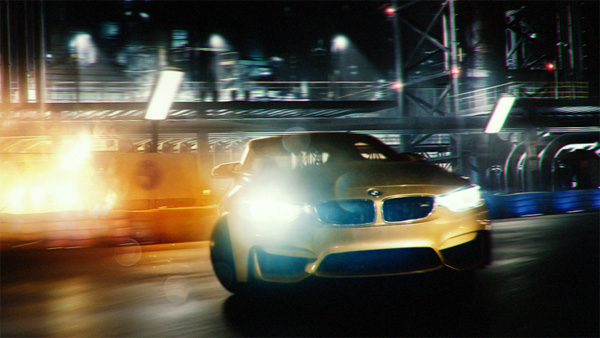 Meanwhile AEAF Awards has received more projects to get excited about.

Framestore entered their series of promotional shorts for Dell’s Tech Stories campaign to deliver the message, “Magic can't make digital transformation happen. But we can.” The films take place inside one of Los Angeles’ most famous theatres with an old fashioned stage show but quickly transitions to a new, high tech theatrical scene to demonstrate Dell's innovations.

Framestore concepted, designed and executed all of the projected content before the shoot intending to capture all the projections in camera. The projections themselves employed techniques ranging from traditional CG to motion graphics, animation and matte paintings. Each projection was bespoke and tailored to the surface it was projected onto, whether it was a 1,500 lb turbine engine shell, a real live dairy cow, or a 90ft canvas. All of this work was done to illustrate that Dell is transforming the impossible into reality for industries like agriculture, aviation and healthcare. 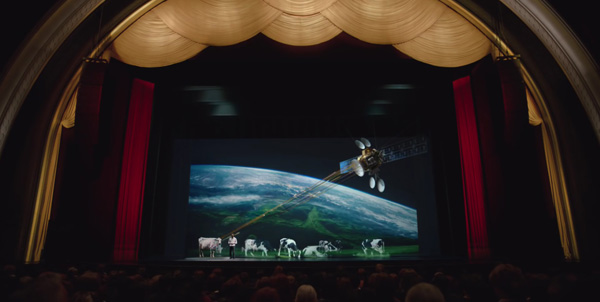 Framestore's Design Studio also created the title sequence for the 2017 Semi Permanent Festival in Sydney, exploring the mythical art of alchemy. The treatment for the titles used the seven steps of alchemical transformation as its base, comparing the ancient art to the design process itself: a language known and used by the people attending the conference.

The titles draw on medical imagery, robotics and hyper-accurate motion-controlled surgical systems. Fractals and wave patterns found in organic repetition across the natural world interplay in micro and macro cuts, showcasing the universal principles of nature that exist on multiple scales. It was made with Houdini effects and the Redshift 3D renderer, on the base project built in Autodesk 3D software. 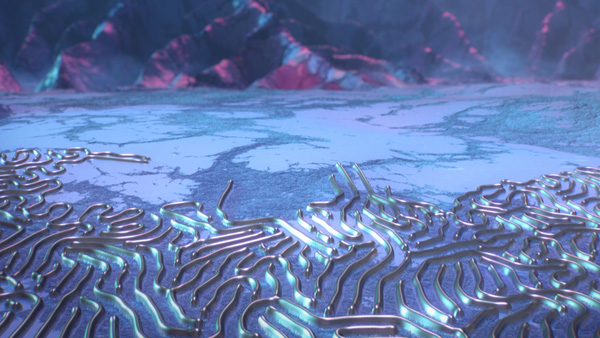 For characters in the Electric Theatre Collective’s short film made for Jose Cuervo, the philosophy is simply that ‘Tomorrow is Overrated’, the film’s title. The Electric team started by concepting the look and feel of the apocalyptic world using digital matte paintings. “Once we received the offline we tailored those concepts on a shot by shot basis. When everyone was happy with the direction we moved onto FX R&D along with CG modelling. We modelled the exterior roof of the bar, the interior of the roof and some sections of the interior walls and other debris elements.”

The apocalyptic storm required layers of atmospherics to make the desert feel enveloped in destruction and chaos. The finely detailed simulations of sand, dust, finer debris, meteors, roof tearing and earth fracture were heavily designed and executed in FX. They were layered with hand animated larger elements such as telephone wires, sheet metal, collapsing roof elements, all combining to complete the final picture. As well as compositing all the CG elements that make up the key ‘end of the world’ scenes, the 2D team layered in flares, shakes, shatters, sparks, and shock waves to bring it all together into some epic visuals.

Alt.vfx took on the task of visualizing the fact that nearly 90% of adult smokers started smoking by age 18. To interrupt this trend, The Real Cost campaign targets teens nationwide, ages 12-17, who are at risk of experimenting with cigarettes. “To capture the attention of a teen audience, we modernized the classic fairytale of ‘The Three Little Pigs’ and added a twist. In audacious, cinematic fashion, we took The Big Bad Wolf who, in the original narrative, makes his infamous debut by blowing down a straw house and demonstrated how his lungs, permanently stunted by smoking as a teen, limited his potential.”

All head animation was keyframed by hand, with the on-set talent’s heads replaced in all shots with wolf and pig characters. They were supplied with concept art and further developed this design in 3D using modelling and fur grooming techniques. The wolf had an extremely detailed multi-layered groom as he spent a significant amount of time close to camera.

We also scanned and re-topologised many of the latex pig heads, which were textured and had fine hair grooms added also. This was done to allow recording of the hero pigs’ facial performance, because the latex masks were quite static. Props such as headphones were also added digitally. A small amount of set dressing with straw wa augmented by a huge amount of CG straw. The set was LIDAR scanned and parts were extracted to apply straw to using a custom-built system.

Juice in Poland worked with director Alessandro Pacciani to promote the BMW Motorsport division and their new M4. The team portrayed the formidable specifications of the BMW M4 - 425 horsepower, 0-60 in 4.1 seconds and 7:52 Nurburgring lap time. The figures speak for themselves, and for a unique car with unique performance. In order to highlight all of its beauty the team decided to place the vehicle in a perfect industrial environment.

After filming the car on a race track, specially prepared and set up for the shoot, the entire location was recreated to make it look like a very large refinery, building extremely detailed surroundings in which the number of individual lights momentarily reached tens of thousands. The goal was to invisibly blend the footage with a carefully generated night scene, sparingly lit by foggy light to create the mysterious, slightly dark mood of Nowhere City without losing the realism and distracting the viewer from the main attraction. The 90-second ad, simply titled ‘Factory Trailer’, emphasizes the predatory and aggressive nature of the car. juice.pl

Inspired by pavement chalk murals that play with perspective, Spinifex Group created floor mapping animations for Vivid 2017 at Barangaroo precinct in 'Trapdoor'. The public are encouraged to join in and interact with the content and capture their customized content on personal devices. The floor cracks opening up allowing the users to journey through time and discover the hidden worlds of Barangaroo’s days gone by, from riding in a traditional Nawi fishing canoe to scaling the soaring heights of a galleon’s crow’s nest. Visitors can experience the magical working of the modern site machinery in use at Barangaroo now, dodge the recycling caterpillar and mingle with local marine life.

While you are at the online festival, note some beautiful student work from Daniel Braga Ulvestad and Julz Lane. WAKE is an experimental student short film exploring the concept of consciousness and allegorical storytelling, and ‘Future Primitive’ is Julz’ title sequence for a student film. Also, The Pulse has entered their virtual reality experience made for INFINITI at the Detroit Motor Show. You can read a full a full article about how it was made, here.    www.aeaf.tv