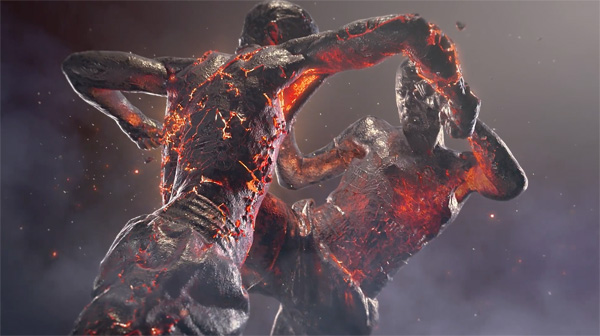 James Digby-Jones, Executive Creative Director at Saddington Baynes, said they wanted to create a project to demonstrate their work with complex simulations and highly detailed 3D characters, as well as creative storytelling and visual effects skills. To achieve so much detail required meticulous planning. SBLabs blocked out early concepts in Cinema 4D to test the effectiveness of different poses, design the choreography and direct the camera path.

Cinema 4D’s viewport performance is very quick, making it much easier to get a feel for how things are timing together. “I used the camera morph tag to blend my chosen angles together into one linear move, then we baked that down and used the time track to remap that time line to create more dynamic slow and fast sections,” said Andrew White, Creative Director at Saddington Baynes.

SBLabs then took the live models for their project to the 3D scanning company FBFX, who captured the essential moments of the Muay Thai battle in live action. Each combatant jumped and punched and kicked while multiple cameras captured their performances as high resolution point clouds and image maps. As well as martial arts enthusiasts, both models were members of the Saddington Baynes team – a production assistant and a CG artist, of course. 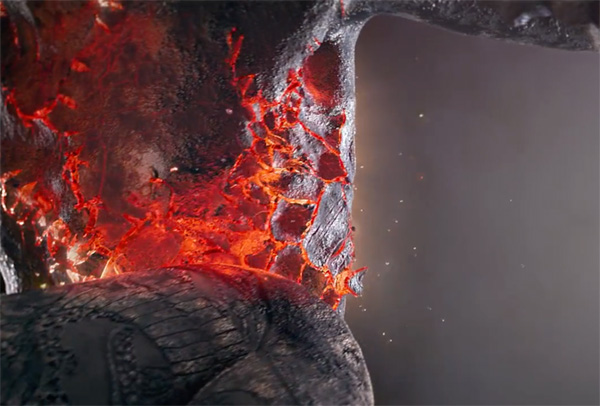 Andrew said, “FBFX helped us build separate scan captures in ZBrush that were a huge asset for us, delivering exactly what we needed in line with our vision of working at extremely high resolution. We had different scans for best parts of each pose, and from those took the chosen parts of each take and built them together with the help of FBFX.

"We exported the ZBrush models into Houdini and then did some complex tessellation on areas that would need to be fractured. As we progressed, the creative desire was to break up more and more of the final geometry and as a consequence the poly count was massively high, but Houdini was able to handle this without too much issue.”

Alongside the scanned models, Statue also employs the Houdini simulations Andrew mentioned when the fighters land blows on each other, cracking open igneous husks to reveal searing heat below their skin. SBLabs ran a series of customised fragmentation and tessellation processes on the geometry with look development performed in Mantra. They found that by customizing some their render outputs in this way, instead of using the standard AOV passes from the Mantra renderer, they could create a hot metal look inside of Nuke during compositing. 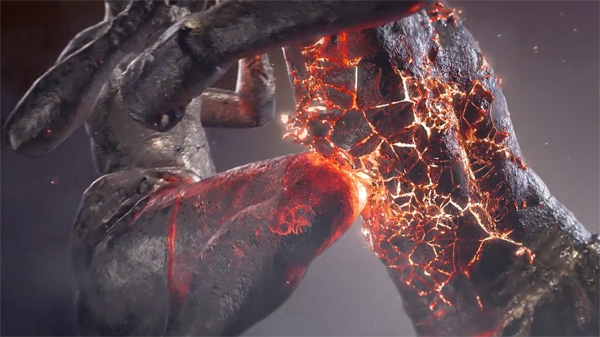 Andrew said, “Using holdout mattes and base beauty elements with this technique gave us an effective way to time and control the intensity of the heat effect. The original notion had been to rough out the effect in compositing, and then go back to the CG team to create animated lights and self illuminated textures based on the timings set down in the composite. But Nuke did such a good job we did not feel there would be enough freedom if we started to try and modify the effect once rendered with baked-in timings from CG – in other words, creating the look later on in Nuke gave us more options and control.”

This dramatic in-house project has earned the studio a Platinum recognition in the Creativity International Media & Interactive Design Awards.  www.saddingtonbaynes.com