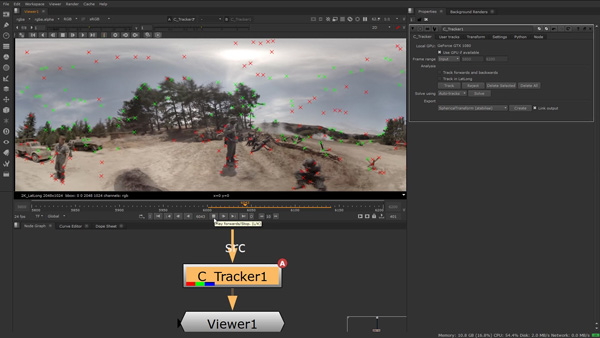 Cara VR 2.0's redesigned Tracker speeds up the process of stabilisation and match-moving, both of which make VR experiences more comfortable and make it easier to align 3D elements.  You can automatically track and stabilise a 360 stitch by creating a 360 match-move camera to assist in 3D corrections and CG insertion. The camera simplifies stabilisation and removes parallax changes. You can then use the existing user track workflows to refine the track and lock stabilisation to particular regions. 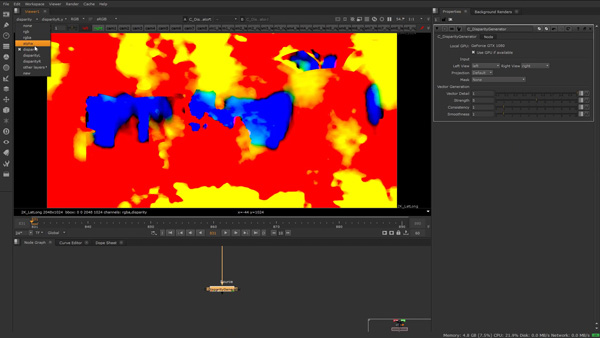 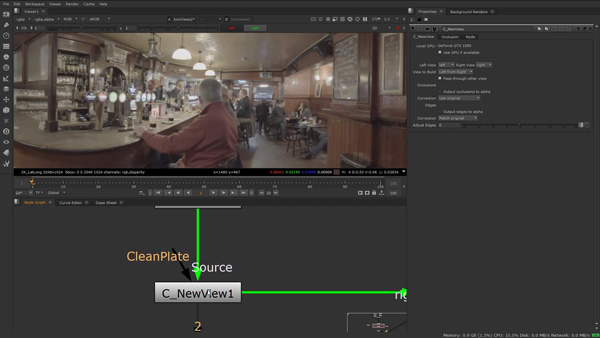 This release includes updated versions of the Disparity Generator node, which generates disparity vectors for depth estimation, Disparity To Depth for calculating depth from the disparity vectors, a new Stereo Colour Matcher for unifying colour between left and right views, and New View, used to rebuild one stereo view from another. 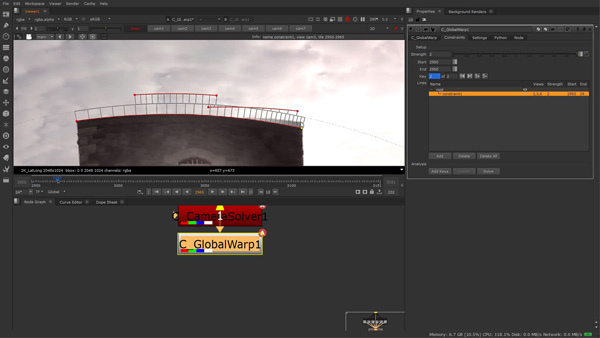 A new stitching node called GlobalWarp adds controls for lining up key features in overlapping areas and allows you to add constraints to reduce warping on known straight lines, including objects that overlap multiple camera views. The result is a more successful 360 stitch with less ghosting, in less time.

Cara VR 2.0 is available now for purchase on Foundry’s website and via resellers.  www.foundry.com 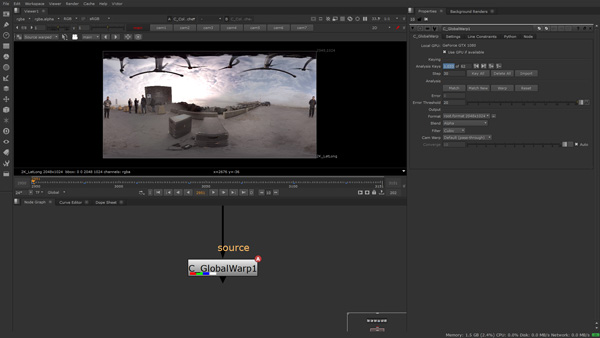