Nuke 11.1 Increases Control and Speed for Artists and Developers

Nuke 11.1 Increases Control and Speed for Artists and Developers 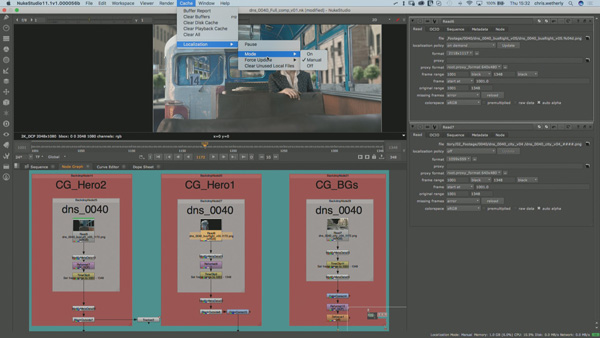 The localization system in Nuke software has been updated with more granular control over when and which files are localized, and introducing more visual cues to display the status of localized files. Localisation helps because sometimes, loading files from a remote server slows down processing. To make playback more stable, Nuke can cache files locally - manually or automatically.

A new Manual mode and On Demand policy add the ability to localise files, or a subset of files, only when prompted by a user. Manual mode is still included as a preference, allowing you to maintain this setting when opening scripts made by other users, which may have different localisation policies.

The Python API has been extended, allowing developers to set system modes and localization policies programmatically – that is, through program code instead of through the UI. The API also includes the ability to set localisation priorities, apply policies based on read node type and remove localised files according to specific criteria. 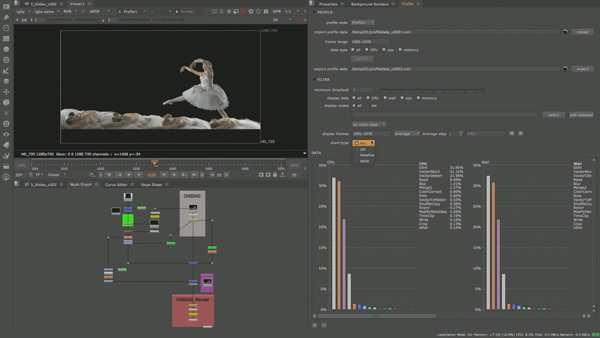 Nuke’s performance profiling tools can now be accessed from within the UI as the Profile node, making it easier for the user to profile scripts and identify possible areas for optimisation. The new  node captures performance data for all upstream nodes and displays the results visually in a dedicated panel.

A Profile node can be inserted at any point in a script, allowing performance data such as CPU time, wall time, number of ops and memory usage, to be captured for all upstream nodes. The resulting data is viewed in a new Profile panel with options to display and filter the data in a bar chart, pie chart, as a list of nodes or across a timeline.

Profile data can be exported and viewed in another session of Nuke directly, without having to load the script or reprofile. 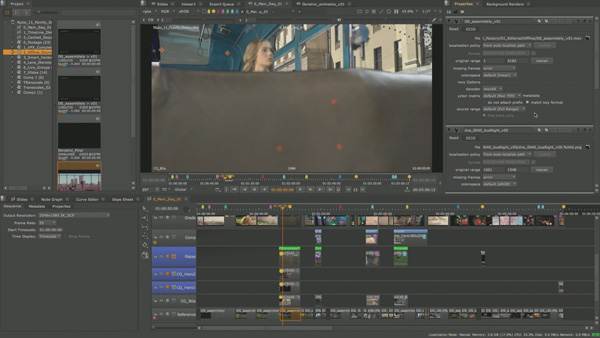 Properties for source clips in the Nuke Studio and Hiero timeline have been extended with more consistent properties using Read nodes in Nuke. These nodes load – or 'read in' - images from disk, using the native resolution and the frame range for the sequence. They also convert all imported sequences to Nuke’s native 32-bit linear RGB colourspace. Greater consistency gives you the ability to create more efficient workflows across the Nuke applications.

Source clip properties are now shown in a regular Nuke Properties panel, which consolidates existing options into a single location, resulting in faster access, greater control and, ultimately, a more consistent UI and workflow between Nuke and Nuke Studio. Source clip properties can also be accessed through the same Python API as Nuke, improving scripting capabilities and reducing the development work required to integrate Nuke Studio into existing pipelines.

Nuke 11.1 is now live and available for purchase.   www.foundry.com