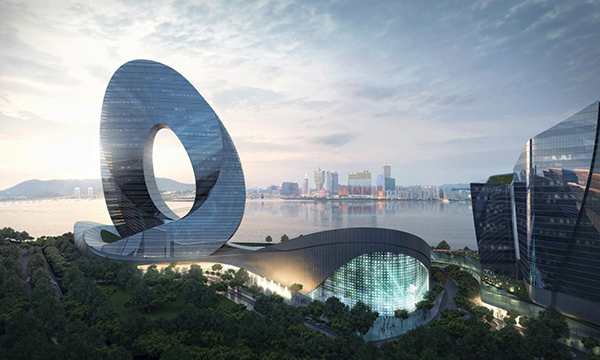 At the 2018 GPU Technology Conference in California, 26-29 March, NVIDIA has announced that their Quadro GV100 GPU with NVIDIA RTX is able to achieve realtime ray tracing for designers and CG artists.

NVIDIA RTX was first introduced at the 2018 Game Developers Conference in mid-March. As one of the most significant developments in computer graphics since the introduction of programmable shaders 20 years ago, the company has now said that NVIDIA RTX, when combined with a high performance GPU like the Quadro GV100, makes computationally intensive ray tracing possible in real time when running professional content creation software.

Artists using Quadro GV100 GPU with NVIDIA RTX can simulate and interact with their  work while seeing the correct light and shadows on screen, and do complex renders many times faster than with a CPU alone. For example, product designers and architects can create interactive, photoreal visualisations of massive 3D models in real time.

The Quadro GV100 is the highest-performance platform available for visualisation and graphics applications, according to NVIDIA. It has 32GB of memory, scalable to 64GB with multiple Quadro GPUs when using NVIDIA NVLink interconnect with greater bandwidth than PCIe. Double-precision combined with this ability to scale memory helps render large complex models at speed.

Based on NVIDIA’s Volta GPU architecture, the GV100 brings 7.4 teraflops of double-precision, 14.8 teraflops of single-precision and 118.5 teraflops of deep learning performance. The NVIDIA OptiX AI-denoiser built into NVIDIA RTX can deliver almost 100x the performance of CPUs for real-time, close to noise-free rendering, and fluid visual interactivity for designers.

Another characteristic of Quadro GV100 with NVIDIA RTX is straightforward implementation though a variety of APIs. As mentioned, developers can access NVIDIA RTX through the NVIDIA OptiX API, the new Microsoft DirectX Raytracing API and, in the future, the open Vulkan cross-platform graphics standard. All three APIs have a common shader programming model that allows developers to support multiple platforms.

Support from software developers for GV100 and real-time ray tracing includes Autodesk regarding their Arnold renderer, Isotropix for Clarisse rendering software and Epic Games, especially due to the DirectX Raytracing API and game development. OPTIS looks ahead to using Quadro GV100 to accelerate simulation applications and algorithms, and NVIDIA OptiX for AI-based rendering.

The Quadro GV100 is available now at www.nvidia.com.