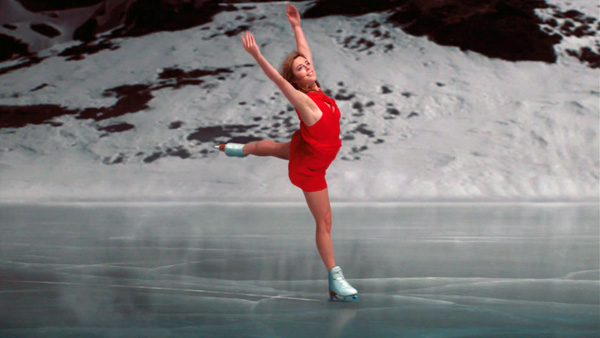 AEAF Awards' judging panel is gearing up to judge the huge number of projects we have watched flow in over the past several months. Many thanks to all teams who have submitted their work. In this newsletter, take a tour of AEAF's entries in the Commercials VFX category. The artists are using some of the same techniques used in movies and TV shows to tell short but dramatic stories for brands.

Follow the links to watch these projects on the AEAF website, where you can see more entries in this and all of the Awards categories. Better still come to the AEAF Awards Night on 30 August in Sydney, where you can see the full Finalists Showreel, meet all the artists and congratulate the winning teams. Find all details and book your tickets here.

The Embassy Skates on Thin Ice for Toyota

During the past Olympic season, Toyota launched an ambitious, poetic spot celebrating the tenacity of the human spirit, featuring US figure skater Ashley Wagner. Part of the brand's wider 'Start Your Impossible' campaign which launched earlier this year, 'Thin Ice' highlights Ashley's story of overcoming injuries in the past to become an Olympic medallist.

The projects features visual effects by The Embassy whose team created the beautiful natural settings where we see Ashley skating under moonlight on a lake, where the ice is so thin she falls through it to an underwater dream world and back again. The environments were built entirely in post-production with the help of textures captured in New Zealand. Maya, Houdini and Nuke were used to create the realistic lighting, ice and sky effects.

MPC Takes US Navy Recruits from Sea to Stars 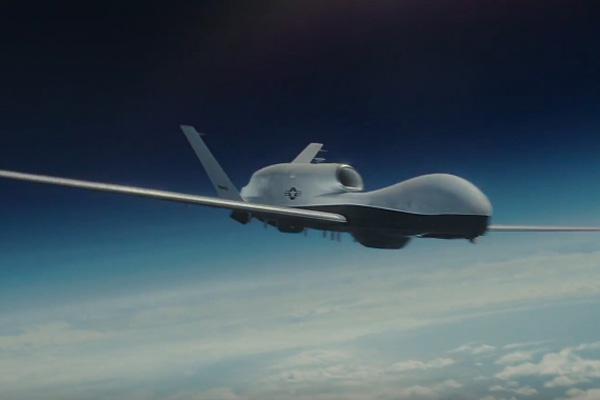 To acquire more recruits, the US Navy took a bold, creative approach in their recruitment film, ‘Sea to Stars’, which introduces their new brand identity. The film, which feels more like an action-packed movie trailer than a recruitment video, is an accurate visualisation of what it takes to join the US Navy. Viewers are no longer expected to watch people speak talk what it means to be join up. Instead they are witnessing the reality of the job in action first-hand.

MPC depicted all facets of the job in an explosive manner to reveal the fast-paced, intense and extremely varied nature of the role, and to show that the US Navy is not for the faint-hearted. Visual effects were critical as most scenes could not be captured by a cameraman. For example, because it was logistically impossible to gather a whole fleet of ships, the entire fleet shot was created digitally, as well as the sea, waves and the deck crew.

Filming a real submarine five miles below the surface also would have been a trial, so a practical hatch in a tank was shot, capturing the talent’s interaction in the environment. The second half of the film was 95 percent CG – the F18 flying past the camera, the UAV and satellite – were all built into environments that were accurate in relation to the heights that those vehicles fly, combining CG and DMP and blending them seamlessly together.

Collider Lights Up a New World for ASUS Zenbook

ASUS wants viewers to take a leap with Gal Godot to see that there has never been a laptop like their powerful ZenBook Pro 15. But that isn't difficult with help of Collider handling production and post, and extra support from Blackbird on effects.

The advertisement asks you to question the unexpected. In an explosive array of colours, motion graphics and VFX created with Nuke and Flame, the narrative invites you to play with your fears. After a green screen shoot, we watch the actress tumbling through particles, atmospherics and lighting effects, and meeting a double of herself that dissolves into streams of bright particles. 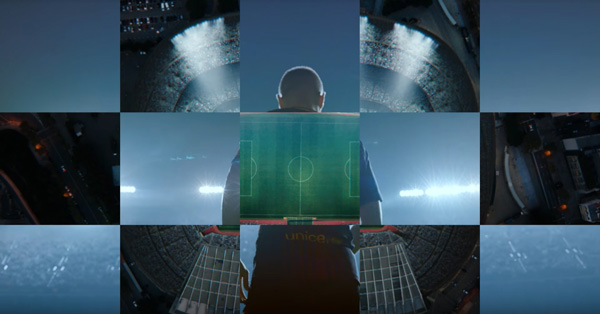 'The Ball Makes Us More' celebrates the special relationship between FC Barcelona - the beating heart of the city - and its supporters. Many Catalans helped Glassworks' team make the film. Some appear on camera while others worked behind it, and another group represents Barcelona's historic contributions to art and architecture.

Directed by the  cinematographer Wally Pfister, 'The Ball Makes Us More' features some of the biggest names in FC Barcelona history, including Andres Iniesta, Philippe Coutinho and Lieke Martens, plus 20 extras who are all real supporters from the city.

The grid visual style used to bring the film to life was inspired by the layout of the city, a system that was designed and built in the mid-19th century by urban planner Ildefons Cerda and is unique to Barcelona. To enhance the footage, Glassworks built 3D elements in Mudbox, Maya and Softimage, and effects in Houdini, and put all images and assets together in 2D with Flame and Nuke.

Rodeo FX Journeys into the Future with VIA Rail 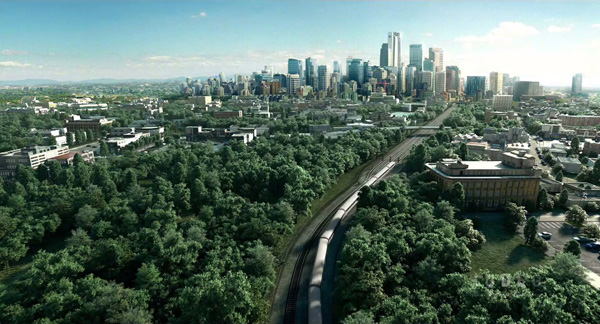 Rodeo FX took on the task of creating a full CG spot for the 40th Anniversary of VIA Rail, the Canadian national rail passenger service, titled 'The Future is On Board'. The original concept for the spot followed one shot of Canadian roads growing progressively larger and more congested before transforming to a single set of train tracks. Rodeo FX brought their own take on the concept, adding a dimension of time by progressing through the seasons and times of day. The team worked directly with the agency Cossette on this project - no production house was involved.

Because nothing was filmed for the spot, the artists had to meticulously conceptualise and execute every detail based on photo reference. They used 2D projections and 3D elements to create a parallax effect and give dimension to the assets. One of the more challenging assets is the traffic itself, as more and more cars are added and the flow of the traffic halts to a stop. To create a realistic feeling, the cars could not be completely static but had to show small, sporadic movements to mimic the way real traffic behaves. The break lights, for example, had to be responsive and light up accordingly. Rodeo FX built the traffic shots using Houdini and employing creative computing.

The final spot shows roads and major highways inspired by the roadways crossing Canada. The city on the horizon in the final shot is fictional, intended to represent all Canadian cities and give a glimpse to the future. This final shot was created in full CG, using extensivve set dressing for the semi-industrial neighbourhood and buildings. The city in the background is a matte painting. 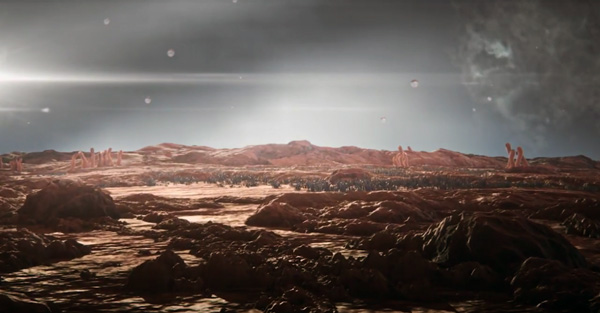 Heckler's contribution to their campaign is a strangely beautiful landscape in which cancer cells and healthy tissue cells do battle. The 3D animation was created Maya and Cinema 4D. The different types of cells we see, and how they move, illustrate the ACRF scientist's approach of identifying specific types of cells in patients and tracking their activity, numbers and changes they undergo. 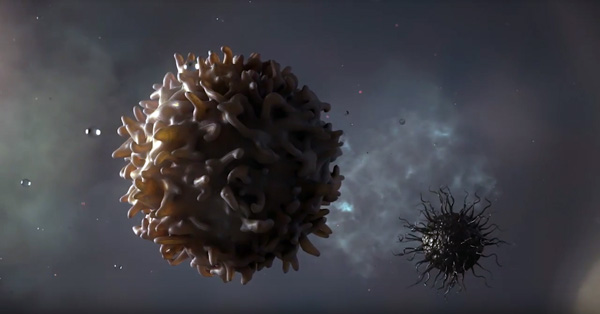