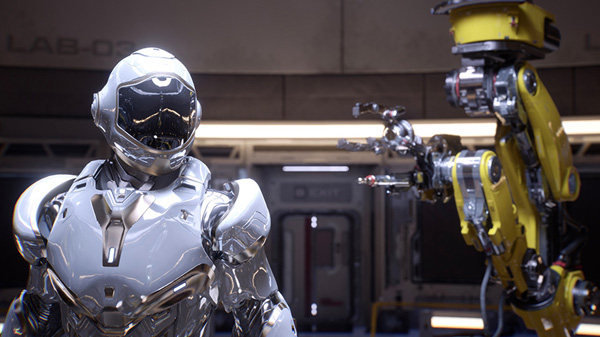 NVIDIA has also introduced the first Turing-based products at SIGGRAPH. The NVIDIA Quadro RTX 8000, Quadro RTX 6000 and Quadro RTX 5000 GPUs were developed to render photorealistic scenes in real time, add new AI-based capabilities to artists' and designers'  workflows, and support interactivity while working with complex models and scenes. the Quadro RTX Server was also announced, a reference architecture for configuring on-demand rendering and virtual workstation systems from the data centre.

Jensen Huang, founder and CEO of NVIDIA, spoke at the start of the annual SIGGRAPH conference and said, “Hybrid rendering will change the industry, opening possibilities that enhance our lives with more beautiful designs, richer entertainment and more interactive experiences.” Quadro GPUs based on Turing will be initially available toward the end of 2018.

The company’s eighth-generation GPU architecture, NVIDIA says Turing enables their first ray-tracing GPU and is the result of more than 10,000 engineering-years of research and development. By using Turing’s hybrid rendering capabilities, applications can simulate the physical world at six times the speed of the previous NVIDIA generation, Pascal.

The dedicated ray-tracing processors, called RT Cores, built into Turing architecture accelerate the computations dictating how light and sound travel in 3D environments, achieving speeds up to 10 GigaRays per second. According to NVIDIA, Turing accelerates real-time ray tracing operations by up to 25x the acceleration of the previous Pascal generation, and GPU nodes can be used for final-frame rendering for film effects at more than 30x the speed of CPU nodes. 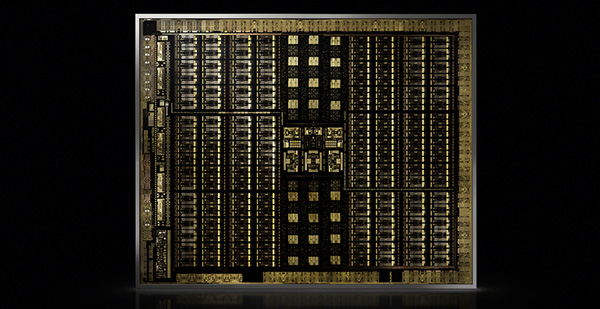 The Turing architecture also incorporates Tensor Cores, processors that accelerate deep learning training and inferencing, handling up to 500 trillion tensor operations a second. Inside an AI system, an inference engine is what applies logical rules to the knowledge base to arrive at new information.

These functions are part of the NVIDIA NGX software development kit (SDK), a new deep learning-powered code stack that developers can use to integrate accelerated, more effective graphics, photo imaging and video processing into their applications with pre-trained networks.

Turing-based GPUs have a new streaming multiprocessor (SM) architecture that adds an integer execution unit, executing in parallel with the floating point datapath, and a new unified cache architecture with twice the bandwidth of the previous generation.

Combined with new approaches to graphics such as variable rate shading, NVIDIA says that the Turing SM achieves extreme levels of performance per core. This is because, with up to 4,608 CUDA cores, Turing can support up to 16 trillion floating point operations in parallel with 16 trillion integer operations per second.